Jesus, Deliver Us from This Racist Evil Age, read a Christianity Today headline this week. In the article, African American Southern Baptist Theological Seminary professors Jarvis J. Williams and Curtis A. Woods call out racism and white supremacy, writing that:

As we continue to live in the present evil age as Christians until Jesus returns, we who believe in biblical authority and in the transformative power of the gospel of Jesus Christ must answer this question with absolute clarity, “How will we respond?”

Regardless of political affiliation, Christians must not play political games with racism and white supremacy. We must reject all forms and expressions of racism and white supremacy. We must not employ racist rhetoric about image-bearers who are immigrants and people of color. We must not dehumanize or hate any image-bearer based on the color of their skin (Asian, black, brown, or white).

In recent years, the editors at Christianity Today—in particular contributing editor Ed Stetzer—have written increasingly about racial justice. The magazine’s publishers have given growing space to people of color, like Williams and Woods. They have even given given African American pastors and theologians space to push back against the words of white writers and editors where there is disagreement.

But when I see Christianity Today publish pieces like this, I can’t help but feel that there remains something in the magazine’s own past—and in the past of white evangelicalism as a whole—that has never been reckoned with. No amount of publishing articles by POC today will erase the past. The past has to be accepted, owned, and understood, or we will attempt to move beyond it only imperfectly.

There is something to this.

In 1965 Henry sent Frank E. Gaebelein to cover the march in Selma, Alabama. An associate editor of Christianity Today and the founder and headmaster of the Stony Brook School, New York, Gaebelein went to Selma and was so inspired that he wired Henry in Washington, DC, that evangelicals needed to join the march. But Gaebelein’s stories of the Selma march never saw the light of day. The resistance at Christianity Today was coming primarily from two people: J. Howard Pew, the Texas oil man and the financier of Christianity Today, and L. Nelson Bell, Bill Graham’s father-in-law and an editorial advisor at Christianity Today, who still had segregationist views. Pew and Bell did not want Christianity Today to speak out too critically against racism and capitalism, because they thought it would alienate important segments of the magazine’s constituency.

Frank E. Gaebelein, by the way, was a badass. Fred Clark of the Slacktivists writes as follows, offering more detail:

Henry did publish Gaebelein’s initial report from Selma, which ran in CT on April 9, 1965. Pew and Bell weren’t wrong — it did, indeed, alienate important segments of the magazine’s constituency. Gaebelein’s subsequent reporting was censored, so he took off his reporter’s hat and joined the marchers, participating in further demonstrations and voter-registration drives.

Most of the rest of white evangelicalism took the other fork in the road — the one preferred by the financier and the segregationist.

This was Christianity Today in the 1960s. Any interest in writing uncritically about the civil rights movement and the need for integration—and as Gaebelein demonstrates, interest was there—was quickly stifled by the magazine’s financial dependence on J. Howard Pew and by the oversized influence and star power of the ardent segregationist L. Nelson Bell, Billy Graham’s father-in-law.

Pew and Bell understood white power and privilege and were not eager to see it unveiled and dismantled. They insisted on running more articles on communism, which accelerated the production of white male capitalist citizens who increasingly placed their rust in their “Christian nation.”

This was particularly unhelpful at a time when the FBI was busy convincing the American public that the civil rights movement was a Communist plot to destabilize America. But there it was. Rather than be part of the solution, the magazine punted and became part of the problem.

And what of Henry? He is the one who sent Gaebelein to cover Selma. As editor in chief, Henry was supportive of integration and wanted to publish pieces like those Gaebelein wrote. Under pressure from Pew and Bell, Henry toned things down and created what he argued was a “middle road” on race.

When thinking through the problem of racism Henry tried to offer a third, “evangelical moderate,” approach to the poles of fundamentalist political apathy and progressive civil disobedience. Henry writes: “The persistent integrationist question, ‘After all, what’s wrong with racial intermarriage?’ perturbs the evangelical moderate as much as the provocative slogan on letterheads of the White Citizens Council: ‘Let’s keep white folks white.’

Regardless, this sort of what-about-ism should be familiar to anyone who has come upon people arguing both that police shouldn’t be shooting unarmed black people and that black people shouldn’t be in the streets protesting these shootings. Both the wrong done and protests of that wrong are often treated as two sides of the same coin—this was certainly so during the civil rights movement, and we see it in Ed Stetzer’s writing today, such as in this article where he at once agrees with Colin Kaepernick’s grievances and soundly criticizes his choice to kneel during the national anthem as counterproductive.

We’ve seen this before; this is why history is so important. In the 1960s, critics of the civil rights movement frequently distanced themselves from segregationists, arguing that they were “not like them” while simultaneously criticizing the way civil rights activists protested. The conversation played out virtually identically to the way conversations over Black Lives Matter play out today.

But there was another problem with the position Henry staked out. Henry’s “evangelical moderate” position endorsed a patient, gradual integration that placed him solidly in the camp of those white moderates Martin Luther King Jr. criticized in his Letter from Birmingham Jail.

Henry’s “evangelical moderate” position in which he advocated a patient integration was problematic. He tried to paint evangelicals as the reasonable middle path between segregationists and “radical integrationists,” but his evangelical moderate proposal for race relations did not include a structural analysis of racism. He did not have the tools of social analysis at his disposal to understand racism as an institutional phenomena and to identify normative whiteness within the evangelical world. His insistence on the term “evangelical moderates” also meant “moving slowly,” as in the clergy who wrote to Martin Luther King Jr. in the Birmingham jail and told him to slow down the rapid advance of the civil rights movement.

It was only after Henry left Christianity Today and the subduing influence of Pew and Bell in 1968 that he was less restrained. In 1971, he wrote A Plea for Evangelical Demonstration, urging evangelicals to join with “those of other faiths and alien views in protesting what all together recognize as unjust.” This, Heltzel writes, was “a Henry on fire for lasting social change.”

It’s not that there weren’t evangelical theologians and pastors who supported integration in the 1960s. There were. Unfortunately, these individuals tended to be more willing to compromise their positions in consideration of their racist southern brethren than they were to take a stand for what was right.

Take evangelical heavyweight Harold Ockenga, pastor of Boston’s Park Street Church and frequent contributor to Christianity Today, for example. Owen Strachan wrote about Ockenga’s thinking on race and segregation in his Awakening the Evangelical Mind: An Intellectual History of the Neo-Evangelical Movement, published in 2015 by Zondervan, an evangelical publisher.

[I]n 1957 Ockenga preached a message at the National Association of Evangelicals meeting advocating a gradualist approach to the then-vexing question of racial integration. He offered pastoral council on various dimensions of the issue, noting that ‘[t]here is nothing Biblically, nothing morally, nothing legally against it [integration] but it is not wise, that is all, for expediency’s sake because it is selfish.”

What Ockenga offered as prudence others read as provocation, and with some justification. This is not to say that Ockenga believed segregation was just; he did not. He believed, though, that desegregation came with its own set of societal troubles. For example, Ockenga identified the wrongs done “white people in the South” during Reconstruction.

Ockenga bought into white supremacist mythology even as he argued for gradual integration. You know something? Gradual integration sounds an awful lot like gradual abolition, a position used during the antebellum period to undermine those abolitionists termed “radical” in their endorsement of immediate abolition. Also? Wanting integration and wanting it now is not selfish. I’m reminded of George Washington’s anger at the idea of promising to free his runaway slave in order to entice her back. How could she be so selfish as to want her freedom now, and not patiently waiting? She did not deserve it.

It’s not that white supremacy today came out of nowhere. It’s that white evangelicals opposed to racial prejudice have spent the past seventy years and alternately ignoring and pandering to white supremacy in their own ranks, rather than taking a decisive and unbending stance against it. Trump’s rise to power—and a growing number of white supremacist domestic terror attacks—have merely rendered the white supremacy that always existed harder to ignore. (The pandering, meanwhile, continues.)

I’m glad some evangelical and conservative publications taking a harder and more overt stand against white supremacy. Publishing more articles by people of color, such as the one by Williams and Woods, is a great step (although it’s worth noting that a note at the bottom of the article states the piece is a “guest column” and “does not necessarily represent the opinion of the magazine”) But I want more. 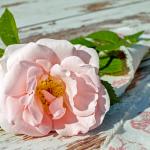 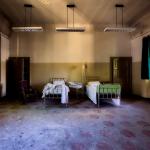