In addition to the usual first or second grade things like math, science, and history, the future king of England will be putting down the Play-Doh to take religious studies, computer programming, poetry, and ballet among other things. Prince William says George absolutely loves ballet. I have news for you, Prince William. We’ll see how long that lasts.

After her words came in for swift criticism—no surprise there—Spencer apologized on Instagram for her comments:

“My sincere apologies for an insensitive comment I made in pop news yesterday,” she wrote in conjunction with a picture of an open field and outdoor skyline. “From ballet to anything one wants to explore in life, I say GO FOR IT. I fully believe we should all be free to pursue our passions. Go climb your mountain – and love every minute of it.”

I’m reminded of an incident that happened to me earlier this summer that I’ve been unable to get out of my head.

I have a son who is about Prince George’s age. This summer, when I went to the gym, I checked him into childcare. You know the basic setup—parents can drop their kids off play with toys and activities under the watch of several gym childcare employees while they work out, retrieving them afterwards.

One day this summer, as I walked into the childcare room to sign my son in, one of the childcare workers greeted my son by name and then added:

I cringed, but I let the comment go and didn’t stay anything. The longer it has stuck with me, though, the more I think I should have said something.

If I had said something, the childcare worker, like Spencer, would have almost certainly have apologized (there would also have been a pseudo employer-employee dynamic in play, which wouldn’t have given her much room for anything else—so maybe I was right not to say anything). The childcare worker would have added that my son could absolutely play with barbies if he wanted to, perhaps with the same adamance of Spencer’s “GO FOR IT.”

There’s a problem with this whole setup, though. By the time the apology arrives, it’s already too late. The damage has already been done.

Prince George almost certainly had no exposure to Spencer’s comments, but other boys his age likely did. And in my situation, my son heard the idea that he might play with barbies dismissed out of hand, with a laugh—as though it was ridiculous, or something unheard of. Even an apology doesn’t make that initial impact disappear, especially when we’re talking about fast developing children.

Even if, on his arrival at childcare, my son had been inclined to join the girls in playing with barbies, he’s almost certainly not going to now.

One frustration I’ve encountered, as the parent of a boy and a girl, is that while girls are increasingly encouraged to try boy-coded things, boys are still actively discouraged from doing girl-coded things. My daughter can play basketball, but if my son takes ballet he’s treated as weird. My daughter can wear shirts adorned with science themes, but god forbid my son wear a pink shirt with hearts on it.

My son took ballet when he was younger. And he wears leggings, which we have to purchase out of the girls’ section. In fact, I buy a lot of his clothes out of the girls’ section, because shirts in the boys’ section are covered in tonka trucks and other things he’s not into. I try to stay away from anything “too” girly, though, because I don’t want him to get teased by the other boys at school—or by anyone else. So he wears a lot of peach tank tops with owls on them, that kind of thing.

My son plays soccer obsessively, and spends time setting up elaborate cities using matchbox cars and brio trains. Most of his friends are boys. But what frustrates me is the extent to which the gender binary still defines boys’ lives. I don’t want my son to be a girl. I want him free to pick and choose what he likes, without adult women laughing at him when he picks the “wrong” thing.

Spencer’s laughter—and that of other women like her—serves to constrain boys’ choices and to keep them within a narrowly defined acceptable masculine and to prevent them from engaging in “girly” behavior. Rather than a mere apology, I want a sustained effort to listen, understand, and create change going forward. 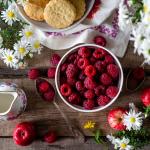 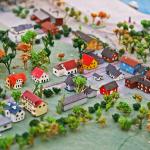