Patriarchal blogger Lori Alexander thinks she knows why more women are remaining unmarried than in the past.

When I went to college beginning in 1976, going to college wasn’t that big of a deal. … My college friends and I weren’t career-oriented. We all wanted to just get married and have children. … We had no desire to be competitive with the guys or be like them! … None of us were book worms and cared all that much about our grades. We cared a whole lot more about getting our Mrs. degree rather than a real degree. …

Compare this to the young women of today…. The competition is fierce to get into colleges. They must do good in high school, study hard for the SATs, and then wait patiently to see what colleges they get into. Then they go to college and feast on the feminist’s doctrine. Careers are the be all and end all.

They become stronger feminists the longer they are in college … for we are told that bad company corrupts good morals. They are never taught the value of femininity, marriage, and child raising. No, it’s compete with the guys for the grades, the colleges, and then the jobs. This is NOT conducive for men wanting to marry women.

I believe this highly competitive and feministic culture has made men less and less attracted to women. They see that women no longer need them and I am not sure they enjoy having the competition that they have with women these days. I still think that men want feminine women! They want women who aren’t in competition with them. They need and want to marry help meets, not competitors.

Some years ago someone suggested to me that the reason fewer women are marrying today than in the past is that women no longer feel like they have to put up with bullshit. Women are less likely to date and marry self-centered, sexist men who expect to be waited on today than in the past, the argument went, because women no longer need a man’s income to support them, and because simply remaining unmarried has become less stigmatized—and more attractive than being married to a man who expects to be pandered to both physically and emotionally.

Now, I cannot for the life of me remember where I saw the above argument suggested; and, while it makes intuitive sense, I would need to see some research to know how much of a role (if any) men’s ongoing bullshit and women’s (ostensibly) declining need to pander to or put up with it has played in changing marital rates. But when I read Lori’s concern that men don’t want to marry “competitive” women, in conversation with the argument that women are marrying less because they no longer feel the need to put up with bullshit from men, something feels like it fits.

At some point in the future, I’d love to delve into the social science research to see whether there’s anything there to shed light on this. These questions sound fascinating. For the moment, though, I’ll simply add one more thing: I’m sick and tired of Lori’s universalizing about men. She’s simply incorrect that men, as a rule, are like she says they are.

I grew up in a conservative evangelical home; I would have been a big fan of Lori’s if she’d been blogging 15 years ago when I was a teen (instead, we followed Debi Pearl, who says basically all of the same things). But, I had a problem. I have always been driven and competitive. It’s part of my nature. As a result, some in my community were concerned about my ability to find a husband and become a proper helpmeet. And to be frank, I was too. I’d tell himself I’d compete with other women—running the best home and raising the best children. Then I’d go beat all of the boys at Bible quizzing. Again.

Then I grew up, went to college, and met the man who is now my husband. And you know what? He doesn’t care that I’m competitive and ambitious. He’s chill. Actually, it’s more than that. He’s not just chill, he actively supports my dreams and my career. He doesn’t feel threatened by me—why would he? It turns out that all my teenage concerns about not being properly submissive or having a servant’s heart were for nothing. Many men don’t want those things in a wife anyway.

Again, I don’t have social science stats. I can’t give numbers and percents. I do know, though, that my husband is not the only man not threatened by having a competitive and ambitious wife—not by a long shot. There are many, many men out there who are looking for life partners—an equal human being to share their challenges, successes, joys, and space with—not “helpmeets.” When Lori waves her magic wand and claims she knows what all men want, she’s influenced in part by the evangelical bubble she inhabits—and in part by her ability to see what only she wants to see.

This all said, if Lori’s description of men were accurate—if men were threatened by women who were bookworms and cared about their grades—you better believe I’d be single. Lori might lament that, but frankly, I’d have dodged a bullet. I’m glad I don’t live in Lori’s world, a world where I have to choose between marriage and my self respect.

I mean really, if marriage looked like this, who would want to be married? 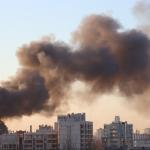 August 2, 2019 Stepping Heavenward: Katy at Sixteen
Recent Comments
0 | Leave a Comment
"It could have been but as other commenters noted her word choice, as ridiculous as ..."
KMR The Vision: All the Male Relatives
"It really torques me off how many of even the anti-fascists expect the President to ..."
Jenny Islander Inauguration Open Thread
"I think that all but one of the dozen-plus Trumper Trucks that had been parading ..."
Jenny Islander Inauguration Open Thread
"There is also, to me, a long distance between "we need to deal with this ..."
Gillianren The Vision: All the Male Relatives
Browse Our Archives
get the latest from
Love, Joy, Feminism
Sign up for our newsletter
POPULAR AT PATHEOS Nonreligious
1