Why We Need the New York Times’ 1619 Project

By now, most of you have likely heard about The 1619 Project, the New York Times’ recent reframing of American history through the lens of slavery and black oppression. “Slavery gave America a fear of black people and a taste for violent punishment,” reads one headline. “Both still define our prison system.” “What does a traffic jam in Atlanta have to do with segregation?” reads another. “Quite a lot.” “For centuries, black music has been the sound of artistic freedom,” reads a third. “No wonder everybody’s always stealing it.”

The goal behind The 1619 Project is a lofty one:

It aims to reframe the country’s history, understanding 1619 as our true founding and placing the consequences of slavery and the contributions of Black Americans at the very center of the story tell we tell ourselves about who we are.

At this point, you’ve probably also seen conservative pushback against this project. Conservatives contend that this story isn’t true—that slavery and black oppression isn’t as central to the U.S. as is being claimed—and that telling American history this way will only inflame “racial tensions” in our country. They are accusing the New York Times of being fake news, of pushing propaganda and being on par with Pravda.

I for one am extremely excited about the New York Times’ new emphasis. I was exposed to African American history in college and graduate school, and as a result have long seen black oppression and exploitation as central to the American story, simply because it is. “Our democracy’s founding ideals were false when they were written,” Nikole Hannah-Jones writes in her contribution to The 1619 Project. “Black Americans have fought to make them true.” Who could disagree with such an obviously correct sentiment? No one who has ever read any history.

As for those conservatives who argue that covering the full history of slavery and black oppression in this country will inflame racial tensions, that ship has sailed. This is something their ancestors probably would have thought of before doing the whole slavery and Jim Crow thing—and something they should think about every time they post a “Blue Lives Matter” meme. It turns out that if you enslave and oppress someone, they’ll be mad at you.

The timing here is interesting, because I literally just blogged about this issue in a post about an Illinois prison that banned books like Uncle Tom’s Cabin for having “racial” themes. But, as I said then, you can’t change history just because you find it inconvenient. History doesn’t work that way. Or at least, it’s sure not supposed to.

Some conservatives are upset because the history the New York Times is telling feels new and different from the way history was taught to them when they were in school. History doesn’t change, right? So what’s going on?

You’ve heard that “history is written by the victors.” Within a decade of the Civil War, politicians in the North decided to value unity with their southern “brothers” over guaranteeing the rights of millions of newly freed slaves. For a century, history textbooks printed in the U.S. treated the Civil War as a temporary aberration in American unity, and left black people out of American history almost entirely.

As Stephen Robinson wrote this week in the Wonkette:

We were born in 1970s South Carolina, and we recall learning about the “lost cause” and benevolent slave masters. Actual quote from a teacher: “Slave owners rarely beat their slaves. Slaves were valuable. Would you beat your car?” Comparing humans to automobiles is the sort of depersonalization that was a key element to propaganda. White children were conditioned to feel no shame for their cultural inheritance and black children were conditioned to respect and admire our oppressors — not just the founding fathers but the Confederate generals our schools and roads were named after.

If that is a person’s metric for U.S. history and suddenly they learn that white brutality against black slaves and sharecroppers is central to American history, they’ll probably yell “fake history” and put their fingers in their ears. It wasn’t until the 1970s that black Americans started entering academia in large numbers, and it was only then that the questions historians asked changed. That is where the 1619 project got its roots.

In his Wonkette article, Robinson quoted conservative blogger Erick Erickson warning that: “If the land in which the United States was founded has been tainted by racism since ether 1600s and everything derived therefrom is therefore tainted, then the US is illegitimate, the constitution is illegitimate, and revolution is the answer.”

Robinson responded to Erickson as follows:

This is why white people didn’t let enslaved people read. You start with some light Jane Austen and end with full-scale revolution. The 1619 Project is sure to inspire young black people in ways that will freak out conservatives. We remember when we saw Malcolm X our first few weeks in college. We were blown away and rushed out to read everything about the “bad” black leader. That’s when we started to reconsider the whole “slaves are like cars” argument. But we didn’t take up arms against white people and we never will. Relax, guys: If we haven’t killed your asses by now, we’ll probably never get around to it. If the 1619 Project inspires a true revolution, the only casualty will be white supremacy.

Way back when I was a baby graduate student, I suggested in class that we could look at U.S. history as a heroic story of one group after another fighting for its rights and winning them. This, I said, was America. The professor asked who these groups were fighting against—and whether those people, too, were America.

I was reminded again of this moment when I learned that some conservative opponents of The 1619 Project have been arguing that the U.S. expiated its original sin in the blood shed during the Civil War. I get why this story is attractive—I remember being proud of our boys in blue, who marched out and gave their lives to end slavery. But who, exactly, were they righting against? And weren’t those boys, too, Americans?

(Also, as a general rule, Union soldiers didn’t sign up to end slavery. In fact, abolitionism was very unpopular in the North throughout the antebellum period. Mobs burned down abolitionist halls and attacked abolitionist meetings. Frederick Douglass was beaten so badly he left the country. If you’re interested in learning more, I’d point you to this absolutely game-changing book about the 1850s conflict over slavery in Kansas.)

Let me leave you with one last thought. It’s often tempting to think that the North didn’t have the problems the South did. But that, too, isn’t entirely true. Let me give you a few examples of things we often forget.

This summer was the 100th anniversary of a wave of horrific vandalism and physical violence against black Americans in Chicago, an incident of rank racial terrorism that was later sanitized and termed a “race riot.” This incident, interestingly, is at the roots of racial segregation in Chicago that continues to this day. It started when a black boy accidentally crossed the invisible line between a “white” beach and a “black” beach and was attacked and murdered by white beachgoers. His name was Eugene Williams, and he was 17 years old.

Did you know Sojourner Truth never lived in the South? She was a slave in New York before she claimed her freedom by running away in 1826. Slavery was only banned in most northern states after the American Revolution, and the abolition laws passed in the decades that followed this conflict tended to be gradual.

To be sure, this last story was of Native American enslavement, rather than African. But there seems to be among some people an assumption that if they’re from the North, they’re somehow exempt from conversations about slavery or oppression. I’m reminded of something I’ve seen with my own children: when they break something, one of them always trips over themselves to declare that “It wasn’t me!” whether I ask or not. I generally don’t find this all that helpful, particularly when half the time they both played a role in what happened.

We all played a role. It’s time to stop arguing and start fixing it.

I’m looking forward to seeing where The 1619 Project goes from here. I’ve long lamented the fact that the history done in the academy so rarely seems to get to the vast majority of Americans. Maybe that’s about to change. 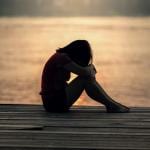 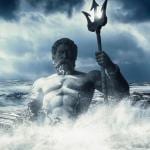 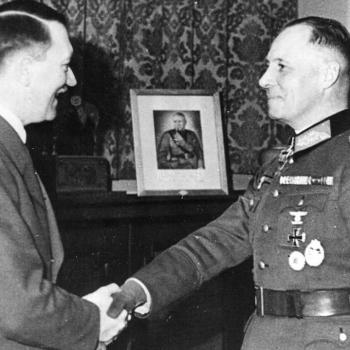