The Eclipse of Truth

I grew up in a young earth creationist home. I was taught that evolution was, in effect, a conspiracy theory. Young earth creationism made sense. It was simple and easy to understand. In contrast, evolution was complicated. Besides, we gained something through our belief that we knew something others didn’t. It was empowering to believe that we had the answers—that we had found some secret truth.

On some level, then, I’m not surprised at the rise of the flat earth movement—which does not appear to be the joke I initially assumed it surely must be. Distrust of scientists is widespread, not just among young earth creationists but also among climate change deniers and anti-vaxxers. Whatever the reason, people no longer want to believe scientists. And, well, as I said, conspiracy theories are alluring.

It is empowering to believe you have found some secret truth no one else has.

When I left home for college, I found my young earth creationist conviction challenged for the first time. Not by my professors, mind you—the only college science class I was required to take dealt with the history of scientists; I don’t remember it even touching on evolution. No, I was challenged by my peers, who pushed back against my arguments and pointed me to online resources.

According to the internet, there were rock layers laid down in desert conditions, in the midst of sediment I’d been taught was laid down in a global flood. The internet was the internet, but these claims were backed up with citations, references to scientific papers I could—and in some cases did—look up.

You can read the full story of my loss of faith in young earth creationism here, but looking back, what surprises me the most is that I didn’t decide to simply disbelieve these scientific papers. After all, I’d been taught scientists were engaged in a grand conspiracy, hadn’t I? Why didn’t I immediately conclude that scientists were claiming these rock layers were laid down in desert conditions to throw people off the track?

I don’t have an answer. Perhaps part of it boils down to trust. When I’d left home for a secular college, I’d expected to be persecuted for my beliefs. And yet, when I mentioned my belief in young earth creationism in a class I took on multiculturalism, the professor treated me with respect. He didn’t mock me. He didn’t dock my grades. While I didn’t have a reason to bring up young earth creationism in my other classes, I brought up plenty of other talking points honed in my days as an evangelical Christian homeschooler and right-wing teenage political activist, and again, every single one of my professors treated me with respect.

It’s not that none of my professors pushed back against the things I said. They did. It’s just that their interactions with me shattered the image I had had in my head of the secular college professor.

While it was my peers who challenged my young earth creationist beliefs, not my professors, it’s likely that the dissonance between what my interaction with my professors looked like and what I’d thought it would look like made me more willing to assume that maybe, just maybe, scientists writing individual papers on individual topics did so based on evidence and observation, and and not pure conspiratorial propaganda.

Today, though, I’m worried. The anti-vaxxer movement has grown to the point that it is undermining public health, leading to a slew of think pieces analyzing why so many people have stopped believing scientists. Our societal unwillingness to move on climate change is also related to a disbelief of scientists—and as scientists grow more dire and worried in their predictions, I fear this may only grow worse.

And then there are the flat earthers. Never in a million years would I have thought an actual, genuine, bona fide flat earth movement would gain footing in western society. And yet—apparently—here we are. The conspiracy theory is spreading, and people are getting high on the belief that they and they alone are in on a colossal secret. They and they alone understand how the world actually works. I get it. It’s exhilarating.

I’m worried for another reason, though. It’s actually what prompted me to write this post. I’d saved an article on the flat earth movement right next to an article on Mick Mulvaney lying about the process that resulted in the selection of Trump’s Doral resort for the next G-7 summit. As my eyes scanned the list, the two felt associated in my mind. Something connected them. What was it? It’s the eclipse of truth.

Now, let’s talk about the site selection process because I know you folks will ask some questions about that.  How do we go about doing this?  First of all, we use a lot of the same criteria that have been used by past administrations.  There’s a long list of the accommodations on site: the ballrooms, bilateral rooms, the number of rooms, the photo ops, the support hotels that are there, the proximity to cities and airports, helicopter landing zones, medical facilities, et cetera.

So we use the same set of criteria that previous administrations have used.  We started with a list of about a dozen, just on paper.  And we sent an advance team out to actually visit 10 locations in several states.  We visited California, Colorado, Florida, Hawaii, Michigan, North Carolina, Tennessee, and Utah.  Now, we got that list down to just under 10, and the advance team went out to visit those.  And from there, we got down to four finalists that our senior team went out to look at.  They looked at — I think it was one in Hawaii, two in Utah, and then the Mar-a-Lago facility in Florida.

And it became apparent at the end of that process that Doral was, by far and away — far and away — the best physical facility for this meeting.  In fact, I was talking to one of the advance teams when they came back, and I said, “What was it like?”  And they said, “Mick, you’re not going to believe this, but it’s almost like they built this facility to host this type of event.”

It came out last week, when Citizens for Responsibility and Ethics in Washington obtained copies of secret services emails via FOIA requests, that Mulvaney’s description of the process was false.

In reality, the team tasked with evaluating locations did 10 site surveys in May and June. They made their list of sites to survey, one would assume, based on the “same criteria that have been used by past administrations” referenced by Mulvaney, but, importantly, Doral did not make that list.

In other words, this was not their normal process, as Mulvaney claimed. Doral was added at the last minute, after the initial sites had been selected (based on conventional criteria), surveyed, and narrowed down.

Doral, the email said, “does present some challenges.” The email also noted that the president would have the final decision, after they presented the results of their site surveys and findings, something Mulvaney conveniently left out in his eagerness to insist that the selection was wholly independent and normal.

To the Trump administration, truth appears to be a pesky, irrelevant detail. I could have used a million other examples of blatant lies like this. This one just happened to be stored next to the article about the flat earth movement in my links list. Truth literally does not matter to the administration.

What does this have to do with the flat earth movement? Not much, on the surface. A lot more, when you dig down. If truth does not matter and lies are everywhere, how do you decide who to trust? For decades now, the Right has been sewing distrust of scientists and of the media. Now, that distrust seems to have reached a point where truth no longer even matters. Reality becomes warped. Does it even exist?

It’s no wonder, in this context, that conspiracy theories like anti-vaxxing and the flat earth movement have gone into hyperdrive. There is no truth. There is only deciding who you trust—whose lies you believe.

And that is a terrifying proposition. 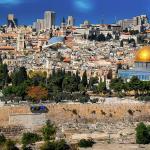 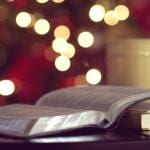