COVID-19 Can’t Be Gaslighted, but Republicans Can Be

So, check this out, from a PBS NewHour poll taken March 13th to 14th (i.e. the first 24 hours after Donald Trump declared a state of emergency):

72% of Republicans saw the coronavirus as a real threat in early February, but that figure has now plummeted to 40% of Republicans now believing the deadly virus is a serious menace.

Democrats remained the most unchanged on this question. An increasing number of them — 76% — now say the danger of the coronavirus is real, up from 70% last month.

I think this is something that’s worth graphing (source and source): 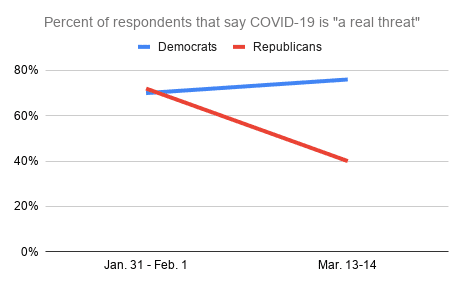 What makes this graph shocking is that the U.S. only had a handful of imported cases of COVID-19 on in late January and early February, while it had over 2,000 cases on March 13-14. Not just that, but by March 13-14 it was clear that these numbers were ballooning. And they still are. In the three days following March 14th, the number of confirmed cases has tripled. And that wasn’t unexpected, because in the three days before March 13-14, the number of cases also tripled. It was clear, by March 13-14, that we were in the midst of a national crisis.

I am still trying to process this graph. You would think that school closures in entire states, which had already been announced before March 13-14, would have communicated something about the gravity of the situation.

How is it possible that Republicans were less likely to believe COVID-19 was a threat in the midst of ballooning case numbers and increasingly dire public health measures than they had been six weeks before, when we had only a handful of imported cases, each located, identified, and handled? How can this be?

Of course, the answer isn’t that hard to find. The results of the poll from January 31 and February 1st suggest that the issue was not then viewed in a partisan light. 70% of Democrats and 72% of Republicans said the novel coronavirus was a real threat. They were right. They were all right. What changed? In the second half of February and the first half March, Donald Trump waged a massive campaign of downplaying the threat COVID-19 played in the U.S., even as it became painfully clear that the virus posed a very big threat indeed. In fact, Trump’s increasing downplaying of the threat ran directly parallel with increasing evidence that the infection was a real and serious threat.

In fact, Trump’s insistence that the virus was not a threat appears to have been prompted by the growing body of evidence that it was. Why? To shore up markets, perhaps. To counteract criticism of his handling of the outbreak, as the testing debacle became more clear. But as others have noted, you can’t gaslight a virus.

It would seem that you can, however, gaslight Republicans.

Trump’s insistence that everything was fine worked, if his intent was to convince not the virus but his base. Among Republicans, the belief that COVID-19 was a real threat dropped from 72% to 40%. You want to know why that matters? It matters because it showed up when respondents answered questions about whether they had changed their behavior in an effort to slow the virus’ spread. Far fewer Republicans than Democrats reported that they had stopped eating out, changed their travel plans, started avoiding crowds, and changed their work routines.

Trump has recently changed his tone in discussing the virus. As my husband noted on seeing this, someone finally got through to him. Only time will tell whether Republicans will start taking the threat posted by COVID-19 seriously now. For all our sakes, I hope they do. As a tweet I saw a few days ago pointed out, someone needs to figure out how to make staying home a way to “own the libs.” Absent that, people will die. Many people.

That graph makes something else clear: it’s not Democrats who have made COVID-19 partisan. It’s Republicans. Democrats’ view of the severity of the crisis hasn’t changed since six weeks ago. If Democrats were being partisan in their approach, you might have expected them to say the crisis was overblown six weeks ago, when Trump was responding by banning travel from China, amidst growing domestic racism against Chinese Americans. But they didn’t. Democrats both then and now said the virus posed a real threat. It’s Republicans who have responded politically.

This is not a good look. 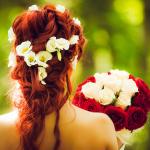 March 17, 2020
Tips for Young Wives: Set the Bar for your Husband Low
Next Post 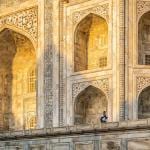 March 19, 2020 Lesbian Duplex 269: An Open Thread
Recent Comments
0 | Leave a Comment
Browse Our Archives
get the latest from
Nonreligious
Sign up for our newsletter
POPULAR AT PATHEOS Nonreligious
1