So. Here we are. Still. And here we will be for a good long time. I’m trying to remind myself that there has always been misinformation, huckstering, and propaganda during times of plague. But I’ve gotten annoyed, so I’m going to deconstruct some claims made in two articles that are going around. I should note that I am not an epidemiologist. As such, I am not going to tell you what is actually correct; only what is patently false based on publicly available numbers.

First, we look at a piece on the American Thinker, by Jack Hellner. It was posted today, March 26. Hellner begins his piece by writing that he “saw the headline that said morgues were running out of space in New York City” and thought that that didn’t make any sense. So he sets out to debunk it—with bad stats, of course! Very bad stats.

According to information I could find in a few minutes of research, in 2015, 153,623 people died in NYC from all causes, or 420 per day. In 2015, there were 153,623 deaths, to take but one example. That comes to 420.88 a day with heart disease and cancer as leading causes. So why the hell would NYC be out of morgue space when 192 people have died this month from the virus? One hundred ninety-two divided by the 25 days of this month means about an extra 7 or 8 per day. Even accounting for an exponential rate of deaths, as in a recent day when more than 100 died nationwide, the city still should have capacity given that that could only have occurred over one or two days at most.

Isn’t it time the media did some research and told the public the truth instead of inducing a panic? It is more pathetic every day. The agenda is to destroy the economy in order to elect any Democrat instead of telling the truth. Soon we will be back to racism and climate change where NYC will soon be under water.

You know what? I can do numbers too.

Hellner is completely and totally wrong about the number of deaths in NYC each year. It’s actually not that hard to find the official NYC stats on mortality. There were 54,120 deaths from all causes in NYC in 2015, not 153,623 deaths. That translates to 148 deaths in New York City each day. Where did Hellner get his claim that there were 153,623 deaths in NYC? He links to that random quora answer. Quora is a site where anyone can ask questions and anyone can post answers. Worse still than that, Hellner misread both the question and the answer, which were about New York State, not New York City.

Okay. Next issue. Hellner writes that there had been 192 COVID-19 fatalities in NYC so far, and then takes the absurd step of dividing that number equally over each day starting with the first reported death. He does admit that there would be “an exponential rate of deaths,” but then hand waives it away by saying that “on a recent day” more than 100 people died of COVID-19 nationwide, which still translates to a small number in NYC. But the link he provides is for a New York Post article that is three days old, which is like 13 years in COVID-19 time. The day before he posted his piece—i.e. yesterday—the New York Post published an article stating that 81 people in NYC had died from COVID-19 in the previous 24 hours.

Think about that for a moment: in the 24 hours that concluded yesterday evening, a city that typically sees around 150 deaths from all causes on any given day saw 81 deaths from COVID-19. That is wrenching.

Okay! Next article to debunk!

Here we look at a Wall Street Journal article titled Is The Coronavirus As Deadly As They Say? by Eran Bendavid and Jay Bhattacharya, published on Tuesday, March 24th.

The epidemic started in China sometime in November or December. The first confirmed U.S. cases included a person who traveled from Wuhan on Jan. 15, and it is likely that the virus entered before that: Tens of thousands of people traveled from Wuhan to the U.S. in December. Existing evidence suggests that the virus is highly transmissible and that the number of infections doubles roughly every three days. An epidemic seed on Jan. 1 implies that by March 9 about six million people in the U.S. would have been infected. As of March 23, according to the Centers for Disease Control and Prevention, there were 499 Covid-19 deaths in the U.S. If our surmise of six million cases is accurate, that’s a mortality rate of 0.01%, assuming a two week lag between infection and death. This is one-tenth of the flu mortality rate of 0.1%. Such a low death rate would be cause for optimism.

Bendavid and Bhattacharya claim that the case fatality rate (CFR) for COVID-19 may be as low as 0.01%, based on their claim that there were probably 6 million people infected with COVID-19 by March 9th. This claim is based on nothing but an assumption that the virus arrived on January 1 and that the number of infections doubled every three days.

Here’s the thing, though. There are 10 million people in Lombardy, a region of Italy. As of March 26, there were 4,816 COVID-19 deaths in Lombardy. That’s a case fatality rate of o.05% … for the entire population of Lombardy. It is literally impossible for COVID-19 to have a CFR of only 0.01%, something Bendavid and Bhattacharya float as a reasonable possibility. How hard would it have been for Bendavid and Bhattacharya to look into the numbers in Lombardy, the most affected area of the country with the nighest number of COVID-19 fatalities? This is just unbelievably sloppy.

This isn’t the only false claim in Bendavid and Bhattacharya’s article. Throughout their piece, they play fast and loose with numbers, making leaps in logic that boggle the mind. They seem to forget that Wuhan evacuees were stuck together in airplanes (potentially hastening the spread of the virus between evacuees) and they extrapolate the rate of COVID-19 infection among NBA players to the general public (despite noting that NBA players are confined in close quarters, hastening the spread of the virus between them). And they ignore date that doesn’t fit their claims, leaving the case fatality rate in South Korea, the country with the best testing and contact tracing in the world, completely unmentioned.

It is perhaps worth mentioning that while the Wall Street Journal identified Bendavid and Bhattacharya as professors of medicine at Stanford, their profiles reveal that they specialize in the economics of healthcare, not epidemiology or virology.

This whole week has felt like one train of COVID-19 misinformation. And no, I’m not going to tell you the actual answers. Bendavid and Bhattacharya aren’t wrong to say we don’t know the CFR yet. We don’t. I only know what it can’t be based on the numbers in Lombardy. As for the morgues in NYC, I am again not an expert, but it’s not easy to find people who are.

Don’t believe everything you read; listen to the experts; and stay the frick home. Movies about pandemics don’t accurately communicate the amount of doom-ridden waiting involved. Stay safe, everyone. It’s bad out there. 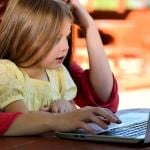 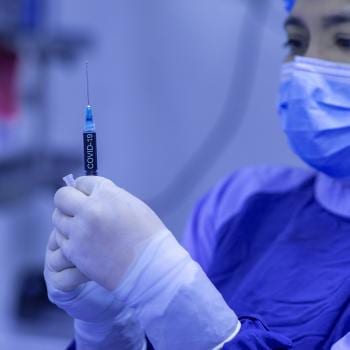 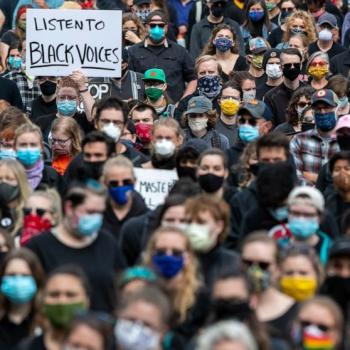