Politicians’ Lies No Longer Matter in a Post-Truth World

This is Texas Senator Ted Cruz, on July 22nd:

If it ends up that Biden wins in November—I hope he doesn’t, I don’t think he will—but if he does, I guarantee you the week after the election, suddenly all those Democratic governors, all of those Democratic mayors will say, ‘Everything is magically better, go back to work, go back to school.’ Suddenly the problems are solved. You won’t to have to wait for Biden to be sworn in.

You can even watch the video of Cruz saying this, here. And it wasn’t just Cruz! Many many many Republicans—including Trump himself!—claimed in the face of all evidence that the COVID-19 pandemic would end and disappear the day after the election.

Not a single person should vote for Ted Cruz, or trust his judgement, ever again. When you’re that wrong—and that wrong about something experts could and did tell you you were wrong about—there should be consequences, and those consequences should include a complete and total loss of credibility and public trust.

This is a colossal failure on the part of politicians like Cruz to understand the basic nature of reality. Cruz should be all over the media right now saying not just that he was wrong about the pandemic, but also that he has fundamentally misjudged the Democrats.

That Cruz could make such egregious misjudgments not only about the science of a new disease that is killing his constituents but also about the motivations and actions of his primary political opponents ought to be career ending.

And yet it won’t be.

This moment ought to be a reality check for ordinary Republican voters, the moment when they say “wait a minute, this doesn’t make sense, I feel like I was lied to.”

You see, ordinary Republican voters are currently very busy believing the bald-faced lies being spread by individuals like Trump and Cruz about the integrity of our election.

It’s possible the last time truth mattered was in the 1970s, when Republicans pushed Nixon to resign when faced with incontrovertible evidence regarding his actions. Still, regardless of any particular moment or exact path, I am afraid of what comes next in a world when truth and fact have been exchanged for rank populist demagoguery. 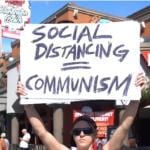 November 24, 2020 The GOP's Double Standard on Christianity
Recent Comments
0 | Leave a Comment
Browse Our Archives
get the latest from
Love, Joy, Feminism
Sign up for our newsletter
POPULAR AT PATHEOS Nonreligious
1