I grew up in a family of conservative Republican activists. We protested gay marriage and we protested abortion and we campaigned for the candidates who became part of Newt Gingrich’s “Republican Revolution” in 1994. We even protested Hillary Clinton’s healthcare reform plan in 1993. Growing up in a conservative Republican home, I was often reminded that government should be small, and as close to the people as possible. That’s what conservatives believed in, I thought—small, local government, government close and responsive to the people. Whether or not this was true then—and I’m not convinced it was—it’s not now.

BREAKING: Governor Kemp has filed a lawsuit against Mayor Keisha Lance Bottoms and the Atlanta City Council following her efforts to require face masks in public places during the pandemic. Here are a couple pages of the 124 page complaint. pic.twitter.com/sT26IayeNZ

Governor Kemp of Georgia—a Republican, no less—is suing Mayor Bottoms of Atlanta, because he disagrees with her locally imposed mask mandate. So much for local control! Here are some quotes from Kemp’s legal complaint:

Georgia Gov. Brian Kemp is suing the Atlanta City Council and Mayor Keisha Lance Bottoms following her efforts to require face masks in public places as the number of COVID-19 cases continues to skyrocket across the nation.

The lawsuit, filed Thursday, asserts that Kemp alone “leads the State of Georgia in its fight against the worldwide novel coronavirus/COVID-19 pandemic” and adds he has the power “to suspend municipal orders that are contradictory to any state law or to his executive orders.”

“As the Mayor of the City of Atlanta, Mayor Bottoms does not have the legal authority to modify, change or ignore Governor Kemp’s executive orders,” the document says.

The suit follows an order this week in which Kemp forbade municipal officials from setting mandatory face-covering policies.

“This lawsuit is on behalf of the Atlanta business owners and their hardworking employees who are struggling to survive during these difficult times,” Kemp tweeted.

Kemp insists that he and he alone can lead the state against COVID-19. Now sure, yes, it makes sense, in the middle of a global pandemic, for Kemp to be able to set certain minimum requirements—limiting crowd size, for instance. Governors do have the ability to set such requirements, on guidance from state health officials. What makes no sense at all is preventing local authorities from going further and creating additional requirements specific to their local community and its needs.

This is about a governor limiting what a mayor can and can’t do in their city—something conservatives, who are supposed to support government that is local and close to the people—ought to oppose outright. But no! They’re all about it! Go Kemp!

So. Maybe this isn’t about local government, then. Maybe it’s about states’ rights? Republicans have had a bit of a love affair with states rights in the last few generations, as formerly “states rights” Dixiecrat Democrats have joined their party. (Republicans started out as the party that opposed the idea that states’ rights trump all else, recall—that whole Civil War thing.)

"I don't need invitations by the state, state mayors, or state governors to do our job. We're going to do that, whether they like us there or not.” — acting DHS Secretary Chad Wolf pic.twitter.com/Rr2P8q6Ut1

Department of Homeland Security Acting Secretary Chad Wolf has deployed federal agents to Portland, because protestors decorated federal buildings there with graffiti. The Portland Mayor Ted Wheeler has begged the federal government to remove their federal agents—who are kidnapping people and detaining them, driving them around for hours blindfolded and threatening them, and using other tactics Wheeler has ordered the city’s police not to use—but they’ve refused.

“He sent in the troops despite the fact that the governor, our two United States senators, myself as mayor and others have said we don’t need them, and we don’t want them. My residents don’t know who a federal officer is or a local police officer or a county deputy or a state patroller. They don’t know, and they don’t care. It’s all the same to them.

“On Friday night, after the federal police started gassing people, about 300 people came to my house and wanted to know why I allowed our police officers to gas people, which, of course, I didn’t, and they didn’t. But there’s – it’s a distinction without a difference in the eyes of the public, and I believe the president and his people know that.”

Wheeler says the federal agents are inflaming a situation that he had almost in hand. The governor of Oregon has also called for the federal troops’ removal. They were not invited. They are not wanted. But Acting Secretary Wolf says he doesn’t need “invitations by the state, state mayors, or state governors” to send federal troops in to detain and beat people.

And he’s threatening to send federal troops into more cities. Interestingly, it was King George III’s decision to send British troops to the colonies that inflamed the situation and led to the American Revolution. It’s literally in the Declaration of Independence:

He has kept among us, in times of peace, standing armies without the consent of our legislature.

Oh and then there’s this:

He has affected to render the military independent of and superior to civil power.

This is literally why our ancestors and forebears rebelled, took up arms, and fought a war against Great Britain. Literally.

So Republicans aren’t about state’s rights, either. At this moment, and for some time—perhaps some very long time—they’ve only been about raw power, in whatever way they can get it. That rather explains their desire to limit voting rights on college campuses and in black and brown areas. It explains their willingness to lie and collude. It explains their willingness to steal seats on the Supreme Court. What is right or wrong does not matter. Principle does not matter. Power matters.

Although something even odder is going on when it comes to Donald Trump. He’s a president who both wants to be dictator—and to not be in charge at all. He sends federal troops where he wants, and announces he’s going to openly defy the Constitution, he spits in the face of democratic conventions—but when it came to the coronavirus, he never wanted to lead. Sure, he wanted to be on TV. But what he really wanted was for states to handle it. He refused to create federal systems to coordinate PPE or testing. Viruses, apparently, are boring. They’re not exciting, like border walls and populist talking points. Or gestapo agents.

Vote them out. I wish I had a better conclusion, but I don’t. Vote them all out, and scotch the ground behind them. That’s all I’ve got. We have got to figure out how to create strong democratic institutions that will prevent populists and demagogues from running roughshod over the Constitution, the Bill of Rights—and even the very idea that people have rights in the first place. 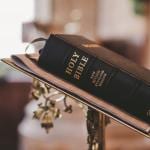 July 20, 2020
The GOP is the real threat to religious believers
Next Post 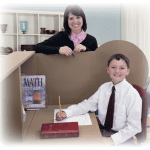