The Sola Sisters on Facebook posted a critical list of characteristics of Christian patriarchy. Patriarchal blogger Lori Alexander posted a point-by-point response to this list by blogger Michael Foster. Foster argues that patriarchy does not devalue women, and that the Sola Sisters’ list is a mischaracterization. Foster, however, falls short of actually making this case, in large part because he actually believes the things the Sola Sisters say he does, such as that God has put husbands in authority over their wives.

P.S. This whole list is stupid. And if you think it reflects patriarchy… well, you are at the very least naive and unread.

Let’s take a look at one particular item on the list, because it was the one that struck me the most. First, here it is on the Sola Sister’s list:

13. The husband has the right to demand and/or force his wife to submit.

That seems pretty straightforward, right? It’s actually something that comes up more often that you might think, in conservative circles. The husband is the head of the wife, and the wife is to submit to his leadership—but what if she doesn’t? What if she refuses to obey him? What should he do then?

Remember, the Sola Sisters are describing the beliefs of what they call the “patriarchalism” movement. They’re talking about people like Lori Alexander, and Foster. (More mainstream evangelicals might say that the wife should submit, but that she should do so voluntarily and that the husband should not force the issue.) The Sola Sisters say that this movement—“Christian patriarchy”—teaches that husbands have the right to “demand and/or force” their wives to submit.

And remember, Foster says that the Sola Sisters’ list is “stupid” and that those who think it reflects “patriarchy” are “naive and unread.”

Here is Foster’s response to this specific item:

13. An authority can and should require submission to biblically just actions to anyone God has placed under their leadership. All authorities should exercise their office with wisdom and skill. A husband should not attempt to physically force his wife to submit.

I’m having trouble figuring out what the difference is here.

Serious question: What exactly does that mean? How exactly does a husband “require” his wife to obey him, according to Foster? Foster does not elaborate in any way. Is the husband supposed to attempt to use reason? Religious guilt? Emotional manipulation? Should he withhold money from her? Take away her clothing? Confine her to the house? What exactly does Foster suggest?

Also, and this is important: “requiring” your partner to submit to your commands is abusive, whether or not you use physical force. Foster seems to see physical force as the dividing line. Husbands can and should use whatever means available to them to make their wives submit to them—but no, no, he’s not suggesting that they hit their wives! They should definitely not do that!

First, the fact that Foster feels he needs to speak so firmly against domestic violence to ensure wifely submission feels like an admission that there are patriarchal Christians out there who do interpret Bible verses about male headship and wifely submission in that way. And that’s concerning.

Second, if you find yourself insisting that you don’t mean husbands should hit their wives, you really need to take a step back and ask some fundamental questions about exactly what it is you’re saying that would suggest that might even be an option.

Third, Foster’s framing suggests to me that he thinks abuse is limited to physical violence, and is unaware that physical violence is only one kind of abuse. If husbands don’t hit their wives, he seems to think, there’s nothing there for the Sola Sisters to take issue with—right?

But remember what the Sola Sisters actually wrote:

13. The husband has the right to demand and/or force his wife to submit.

They said that patriarchal Christianity teaches that the husband as the right “to demand and/or force” his wife to submit. In other words, the Sola Sisters saw demanding that your wife submit as a problem whether or not it was accompanied by force. In responding that husbands should require their wives to submit, Foster didn’t contest the Sola Sister’s description of his beliefs—he confirmed it.

I cannot overstate how broken the patriarchal movement’s view of relationships is. This is so broken and messed up and unattractive, and yet these people claim to have some sort of good news to share with the world. They even seem to think that what they’re selling is somehow attractive. It’s mind boggling. 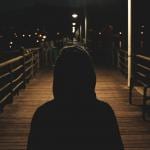 September 8, 2020
No, Traffickers Are Not Abducting Millions of Children to Harvest Their Essence
Next Post