No, Traffickers Are Not Abducting Millions of Children to Harvest Their Essence

No, Traffickers Are Not Abducting Millions of Children to Harvest Their Essence September 8, 2020 Libby Anne

I feel like I am going mad. People are retweeting articles reporting that 39 missing children were located in Georgia, and 25 in Ohio, and asking why this doesn’t have more media attention. What is driving this? A conspiracy theory that the most powerful in the country are trafficking in children, and that they are using the essence of frightened children as a drug.

I am not kidding. I dearly wish I were. They call this drug adrenochrome, and it’s purportedly extracted from children’s pituitary glands while they are being tortured—if the children are not in pain, it loses its potency. (If you’ve watched the new Dark Crystal series, it’s what the Skeksis did to the Gelflings.)

What started as something completely fringe—cryptic writings on message boards like 4chan that claim to come from a source from inside the government—is increasingly going mainstream, and it’s using real (if misguided) public concern about child trafficking to do so. (Remember pizzagate? The claim that a pizza chain was being used to store children as part of a child trafficking ring that served the Clintons? That’s all part of this.) The movement has become known by the label of its cryptic founder: QAnon.

QAnon claims that hundreds of thousands of children disappear each year, and that your children—yes, your children!—are in danger. They claim children are being stored in tunnels under Central Park, among other places (they claim the field hospital set up in Central Park did not treat COVID patients; instead, the field hospital was actually a front for a rescue operation that brought these missing “mole children” out of the tunnels, with the tents hiding the operation from surveillance). Here’s the thing, though: the idea that strangers lure children away at Walmart to traffic them is a complete fairy tale.

But enough of this nonsense! In this post, I will use the Georgia operation that rescued 39 children—with much accolades from followers of the QAnon conspiracy theory—as an entry point to examine what missing and trafficked children actually look like in the U.S. today.

When journalist Michael Hobbes dug into the operation that claimed to have “rescued” 39 missing children in Georgia, he found that the majority of these kids were runaways from foster care, and that several of them were brought in on suspicion of being accessories to murder. Warrants were issued for seven of the minors; authorities claimed eleven had “gang affiliations.”

The vast majority of the children recovered in Operation Not Forgotten were homeless teens and endangered runaways. Despite myths perpetuated in airport posters and Liam Neeson movies, child sex trafficking does not typically involve kidnapping or coercion. Most children who end up performing commercial sex are simply trying to survive while living on the streets.

Of the 39 children rescued, only six were found to have been “trafficked” for sex. But even this is misleading, because any teen who engages in commercial sex, regardless of the circumstance, is considered a victim of sex trafficking. For his article on the Georgia operation, Hobbes interviewed Erin Albright, a human trafficking and law enforcement consultant, who reported the following:

One of the greatest misconceptions about child sex trafficking is that it requires a trafficker. Legally speaking, every time a person under 18 trades sex for anything of value, they have been trafficked. The statutory definition does not require coercion, force or the involvement of a pimp.

In the majority of underage sex trafficking cases, Albright said, the child is homeless, has run away from foster care or has been kicked out by their parents, often due to being queer or transgender. Many of these kids end up trading sex for money, drugs or a place to sleep because it’s their only way to survive. Under the legal definition, their “trafficker” could be a pimp but could also be a customer.

Now, none of this is okay, and these children do need help. But Hobbes also interviewed Leroy Lamar of Comprehensive Community Services, a nonprofit that works with sex workers in Atlanta, and he had some seriously critical words to say of the authorities who claimed to be “rescuing” these children:

The problem with the term “trafficking,” Lamar said, isn’t that it’s false. It’s that it simplifies the complex reasons teenagers end up selling sex to survive.

“The system here is deeply, deeply flawed,” Lamar said. Georgia’s foster care system is chronically underfunded, and services for homeless teens are sparse. Lamar estimates that roughly 90% of street-based sex workers in Atlanta are functionally homeless, living out of the motels where they meet clients every night.

“Providing adequate services for kids before they end up on the streets would do a lot more for them than ‘rescuing’ them afterwards,” Lamar said.

Hobbes found that the six minors who were found to be victims of sex trafficking were sent to the Receiving Hope Center, a residential facility that strips children if any independence, isolates them from any support group they may have, and engages in religious indoctrination.

Georgia has only three dedicated facilities for trafficking victims, with a combined capacity of fewer than 50 beds. All three facilities are run by Christian organizations and confine victims to the premises, take away their cellphones and restrict their internet access. Morris referred to the circumstances at the Receiving Hope Center as “maximum watchful oversight.”

Lamar said many of the sex workers he encounters on Fulton Industrial have been “rescued” by law enforcement agencies and enrolled in victims’ services programs in the past, but they ended up dropping out because they could not handle the cold-turkey rules, religious programming and loss of independence.

“People need a place where they can rest and clear their head without any restrictions,” Lamar said. Since he started his nonprofit in 2007, he has seen fewer than 10 cases in which a sex worker was able to start a new life after their pimp was arrested in a trafficking sting.

This makes me beyond angry. Remember, these misguided attempts to help runaways who turn to sex work because they have no other options are being painted as evidence that there are widespread sex trafficking cabals run by the most powerful people in our country. This is utter nonsense.

What about the other operations I mentioned? While we don’t have the benefit of a journalist like Michale Hobbes digging into what actually happened (journalists badly need a crash course in writing about sex trafficking), it’s pretty easy to see similar fault lines in what reports do exist.

For instance, in Ohio:

The U.S. Marshals Service says 25 missing and endangered children between the ages of 13 and 18 have been recovered in a 20-day mission called “Operation Safety Net.”

The agency said in a press release late last week that it worked with state and local partners in Ohio on the effort to recover missing children from the state. The kids were recovered in Cleveland, East Cleveland, Akron, Mansfield, Euclid and Willoughby, and even Miami, according to the press release.

“Of these cases about one fourth of them are confirmed to be related to human trafficking or prostitution,” the press release reads.

You see the problems, right? First, recovered children teenagers, not young children, which makes sense—most missing children are teenage runaways (who are often fleeing abuse). Note, too, that just one-fourth of these cases were “confirmed to be related to human trafficking or prostitution.” Why is this important? Because this operation did not bust a cabal of organized child sex traffickers.

As a child in the 1990s, I used to read the missing children brochures we received in the mail. (I was a pretty morbid child.) I remember, as a child, noticing a theme in these fliers: many many many of the missing children were last seen in the custody of someone with their last name. Even as a child, I realized what this meant: that these were cases where a noncustodial parent kidnapped their own child.

Oh, and, quick note, there are 2,500,000 children in Georgia, so roughly 25,000 children disappearing each year works out to one in every 100 children, each year. That means that if your child goes to an elementary school with 400 students, 4 students from that school disappear each year. If these numbers were true, everyone would know someone whose children were lured away by strangers and kidnapped. And remember, that’s 1% each year—children are children for 18 years, which means that each child would have a roughly 1 in 5 chance of being kidnapped before they reach adulthood.

None of this makes sense. And yet a weirdly large number of people believe it, or are sharing it. QAnon is using real but misguided public concern about child sex trafficking to bring people into their movement, and from there it snowballs, and next thing you know, it’s all about how child traffickers are extracting adrenocrhome from abducted children to feed the addiction of the elite.

I actually recognize one of the children in the pictures—Erica Parsons. She’s in the middle row, second from the left, in the image above. She was all over the news when they found her body in 2016. It turned out she was murdered by her caretakers. This makes me wonder how many of those other kids in the picture, all at some point reported missing, were actually murdered by their caretakers.

Children face the most danger from parents and guardians—and relatives and family friends—not from strangers. Yes, children are sometimes harmed by strangers. But stranger abductions are very rare. Kids who end up trafficked—it does happen—are generally runaways. They are frequently foster children, and are typically children of color. Kayleigh from Facebook does not have to worry about her blond eight-year-old being kidnapped while they are shopping at Target and sold by a sex trafficking ring.

What about cases that do seem to fit the profile? Elizabeth Smart was a blond “America’s sweetheart” kind of girl from a good family; she was kidnapped by a stranger in the middle of the night; and she was subjected to regular sexual abuse. But even here, the narrative does not quite fit. The man who kidnapped her, a drifter who had done odd jobs for her family, was a loner. There was no network of sex traffickers. The same was true for Jaycee Dugard, who was kidnapped by a loner on her way to school.

These stories are horrific, but if we’re looking for an underground network of powerful traffickers harvesting children’s adrenochrome to sell to Democrat politicians addicted to drinking terrified children’s essence, we won’t actually do anything to help children like Smart or Dugard.

You know what? This must be the Bad Place. It has to be. Because this sort of nonsense is basically my nightmare. 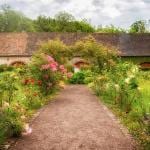 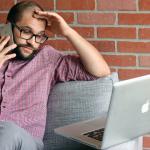 September 9, 2020 No, No, I Didn't Mean HIT Her!
Recent Comments
0 | Leave a Comment
Browse Our Archives
get the latest from
Love, Joy, Feminism
Sign up for our newsletter
POPULAR AT PATHEOS Nonreligious
1