Distilling the Chaos of 2020

There is so much news right now and so much going on that it is sometimes hard to pick one single thing to write about. So today, instead of picking one thing, I’m going to try to distill some of the issues at hand.

First, of course, is COVID-19, which seems to throw a shadow over everything else. But of everything that’s going on, this pandemic is the most temporary. It will end, and we will move on. COVID-19 is likely to plague us (ha ha) well into 2021, primarily because even once a vaccine is developed (and we should know whether we have a good candidate by January), it takes time to manufacture and distribute.

I don’t know what this means for schools—this situation is more complicated than a certain recent Atlantic op-ed suggested. I also don’t know what this means for family gatherings. This winter could be brutal—or it might surprise us, and not be quite as bad as feared. Either way, the Trump administration’s complete inability to mount any sort of national strategy is costing—and has cost, and will cost—lives. And it’s not just the lack of a national strategy—the administration is still spreading misinformation.

Next on everyone’s minds is the election. When Donald Trump was elected president in 2020, I was distraught. I knew things would be bad. But while I expected Trump to try to build his promised border wall, to enact inhuman policies vis a vis migrants, to continue arming police like a paramilitary force, to take the U.S. out of climate change deals, and to defang regulatory agencies, I did not fully understand the ways our federal government could be at once hollowed out and sewn with corruption.

Our democracy cannot survive four more years of Trump. He is a strongman of the likes of Putin—or at least so he imagines himself—and he is a master at playing the media. He sews lies and undermines trust in the very existence of truth. I never thought I would hold such fear for the future of our nation as I do now. This is not simply about policies I disagree with; it’s about an undermining of our democracy itself.

Speaking of democracy, from the Supreme Court to the Senate we are facing what may later look like a major turning point in our political system. Namely: we are facing minority rule. We are governed by a president who did not win the popular vote, and a Senate that fewer than 50% of Americans voted for. We are about to have a Supreme Court in which a majority of the justices were nominated by presidents who did not win the popular vote. And this is unlikely to change: given the way our system is currently set up, we may be in for a very long run of minority rule.

And then there’s the filibuster, an accidental rule that has completely broken the Senate. We do not currently have a functioning government. As the Congress fails to function (we saw this under Obama as well), the president plays a larger and larger role. Regardless of what one thinks of executive power, we all have to admit that something is broken.

People on the Left are talking about big, bold changes, like getting rid of the filibuster, or expanding the Supreme Court, or making D.C. and Puerto Rico states. When one side doesn’t even live by the rules it itself makes up (see: Merrick Garland), it is only natural that the other side would consider bold action. But even as I support considering these changes, I worry. We are on the edge of a precipice, and nobody should underestimate the extent to which social media and propaganda (both foreign and domestic) have broken our country. Even bold action will face a concerted campaign of misinformation and lies.

I have written very little about Amy Coney Barrett, Trump’s nominee to the Supreme Court. Partly that is because I feel so powerless. Roe v. Wade feels already gone. And remember, Barrett could also help overturn the Affordable Care Act, returning us to a world in which preexisting conditions (like pregnancy) are no longer covered by many health insurance programs. (I feel like I need to remind people that when I got pregnant with my first child, my health insurance did not cover pregnancy. This was not that long ago! It was 2008, when Obama was running for his first term!)

One reason I’ve hesitated to write about these things is that they are not at all the biggest changes a Barrett court might create. I worry that all of this focus on these highly specific issues takes away from the utter horror that a conservative court would mete out on everything from worker’s rights to voters’ rights to environmental law to our rights under the criminal justice system. When conservatives deride the “liberal” Warren court, they are deriding the court that gave us Miranda rights and public defenders!

Conservative activists may make hay out of social issues like abortion, but those issues were never more than the glue intended to ensure that religious conservatives would vote for the party of big business, the party of the rich, the party of deregulation, of voter suppression, the party that values people only for what they can contribute economically, and views the poor as unfit and less than. One of the things a Barrett court would likely do is overturn the Clean Air Act and the Clean Water Act. And those were passed by Nixon!

It is all too much. Sometimes I feel this deep discouragement down in my bones, and then I wonder if that is what good people living in Nazi Germany felt, and then I realize that that sounds alarmist. So there I sit, lost in a morass of feelings I am torn between policing and surrendering to.

This is it. This is the four alarm fire of our democracy. See, there I go again with the doom and gloom, and that’s not exactly motivating, is it? Or maybe it is! Maybe I’m the only one that feels so very tired.

It helps that, at the moment, there’s one specific important thing to focus on: the election. Right now, the most important thing we can do is focus on getting out the vote. Remember: the majority is on our side. The other side is the party of minority rule, and that is why they are so focused on voter suppression. If we can get out the vote, we can win this thing. And we have to win it. Our democracy is at stake.

After the election, we regroup, and we plan. Until then, we focus. 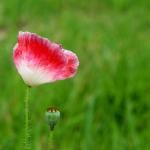 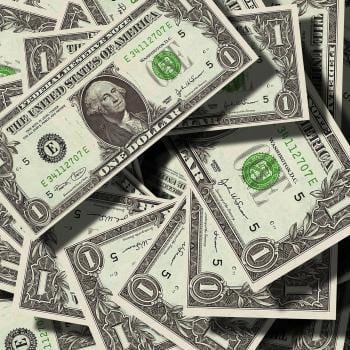 Nonreligious
If You're Going to Force Women to Be...
Love, Joy, Feminism
TRENDING AT PATHEOS Nonreligious