You Shall Know Them … By Their Politics?

Hello, loyal readers! As I’m sure you noticed, I took a Christmas break! After everything 2020 has thrown at me—and all of us—a break was much needed! However, I should have let you know in advance—mea culpa.

So. What am I thinking about today? I’m thinking about Christian nationalism, and the hitching of evangelical Christianity to Trumpism. The day after Christmas, Trump retweeted this tweet:

Patriots, recharge. “Have I not commanded you? Be strong and courageous. Do not be afraid; do not be discouraged, for the LORD your God will be with you wherever you go.” Joshua 1:9 NIV

Mark Finchem, a Republican state representative in Arizona, quoted Joshua 1:9: “Have I not commanded you? Be strong and courageous. Do not be afraid; do not be discouraged, for the LORD your God will be with you wherever you go.” Finchem related this tweet to Trump’s challenge of the election results, with his comment: “Patriots, recharge.”

It should go without saying that it’s WEIRD for a Republican politician to suggest that a sentence written by and for ancient Israelites is directly applicable to modern Republicans trying to overturn an election. But then, evangelicals do this all the time—and also argue that the United States is God’s chosen country in the same way Yahweh chose the Israelites.

I’m not sure whether conservatives recognize how terribly their marriage of religion and politics comes across to those on the outside, particularly in the Trump era. They are tying their religion to one of the most corrupt presidents ever, to a man with no compassion, no sense of empathy, no visible humanity. Is that really such a wise idea? Of course, who am I kidding: this isn’t new. Evangelicals tied politics to televangelists who went down in scandal in the 1980s, and spent the 2000s (and surrounding decades) fighting marriage equality and demonizing gay people in the name of their religion.

Evangelicals have no problem hitching their religion to the hateful politics. It’s their MO at this point.

When I was a child and young adult in an evangelical home, I often heard that we should live our lives in such a way that everyone else would want what we have, thus driving conversions. But looking at it from the outside, the place I see this phenomenon happen is in cases where religious believers serve, care, withhold judgement, and are there for people in need. Which makes sense: Jesus said “you shall know them by their love,” not “you shall know them by their politics.”

Funny how so many evangelicals seem to have forgotten this.

I’ll close with the fact that individuals like Finchem are invoking God’s help in overturning the will of the people. The majority of American voters vote for Joe Biden. Finchem and Trump and all the rest of their lot are asking God to overturn an election. At the very least, this betrays a stunning lack of belief in the basic principle of democracy. They’re not asking God to help them change hearts and minds so that they can win future elections—no, they’re asking for help overturning one that already happened, based on conspiracy theories and rank nonsense.

It’s gross, and it’s dangerous, and it’s not okay—but then, this is the world we live in. A world where fascists invoke Bible verses to prop up a populist authoritarian leader who lost an election. 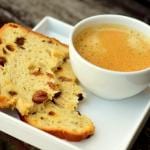 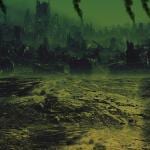 January 1, 2021 The Vision: The End is Nigh
Recent Comments
0 | Leave a Comment
"Honestly, while I'm saddened, I'm not surprised - I've seen the effects of the changes ..."
Corrine Stenman Bringing My Watch to an End
"What an evil man. I wonder why he became chairman of the Senate Committee on ..."
Martin Penwald Inauguration Open Thread
"Not much to add that others haven't, but joining in.. your words have been touching ..."
Vang Bringing My Watch to an End
"I'm a throwback and still only use... my Dreamwidth account."
Conuly Bringing My Watch to an End
Browse Our Archives
get the latest from
Love, Joy, Feminism
Sign up for our newsletter
POPULAR AT PATHEOS Nonreligious
1