Paul and the Silversmiths, Part 2

Part 9 of series:
Ancient Ephesus and the New Testament

Paul and the Silversmiths, Part 2

When we last left our series on Ancient Ephesus and the New Testament, the city was in an uproar. A gang of silversmiths, at the instigation of a certain Demetrius, was rioting, dragging several of Paul’s colleagues to the theater. When Paul tried to go to the theater, he was dissuaded by some of other Christians and even some civic officials. It simply wasn’t safe for Paul to show up in such a chaotic and dangerous environment.

The description in Acts 19 of the mob in the theater is ironic, though in a way not immediately recognizable in English. It reads: “Meanwhile, some were shouting one thing, some another; for the assembly was in confusion, and most of them did not know why they had come together” (v. 32). Even in English, one can see the humor in that most in the mob didn’t even know why they were there. But the word translated here as “assembly” is, in Greek, ekklesia. As you may know, this word is usually translated as “church” in the New Testament. In secular Greek, ekklesia meant “assembly of people,” but usually stood for the orderly gathering of citizens of a given city. So ekklesia in Acts 19:32 is doubly ironic, in that the mob surely isn’t a church, and it surely isn’t orderly.

At some point during the fracas a Jew named Alexander tried to speak. Though we don’t know why he did this, it’s most likely he was going to put some distance between the Jews of Ephesus and Paul. But Alexander was shouted down while the mob chanted: “Great is Artemis of the Ephesians!” for a couple of hours.

Finally, the town clerk (more like the mayor than the office manager), got the people quiet. He made a diplomatic speech, reassuring the crowd that Paul and company were “neither temple robbers nor blasphemers of our goddess” (v. 37). If Demetrius had a complaint, he should bring that up in an orderly way, through the courts or the proconsuls. The clerk closed by saying, “If there is anything further you want to know, it must be settled in the regular assembly” (v. 39). Here, once again, we find the use of ekklesia, now in the Greek expression en tei ennomoi ekklesiai (“in the lawful assembly”).

Why would the clerk have spoken in Paul’s defense, especially since it seems likely that he was a worshiper of Artemis? The answer comes in verse 40: “For we are in danger of being charged with rioting today, since there is no cause that we can give to justify this commotion.” Who would charge the Ephesians with rioting? The Romans. And the Romans didn’t ignore civic unrest because they knew it could easily turn against them. If the Ephesians were to allow a riot, Rome might very well clamp down on Ephesian freedoms and authority. No matter what the clerk actually thought of Paul and the Christians, he was eager to keep the peace. And, according to Acts 19, in this he was ultimately successful.

What Demetrius feared ultimately came to pass, though not only because of the growth of Christianity. In time, the worship of Artemis began to fade and her famed temple lost its glory. Today, you can see more interesting remnants of the Ephesian Artemision in the British Museum in London than in Ephesus itself. But this is not to say that Christianity is dominant in Ephesus and environs. Turkey is predominantly a Muslim country today, though most Turks are secular in their orientation (this may be changing, however). And the most prominent church in the area, very near the Artemision, is itself in ruins. Christian activity around Ephesus is mostly centered in a small house that is supposedly the place from which the Virgin Mary was taken to heaven. I’ll say a bit more about this next time.

September 24, 2011 When in New York . . . Cafe Reggio
Recent Comments
0 | Leave a Comment
Browse Our Archives
get the latest from
Evangelical
Sign up for our newsletter
POPULAR AT PATHEOS Evangelical
1 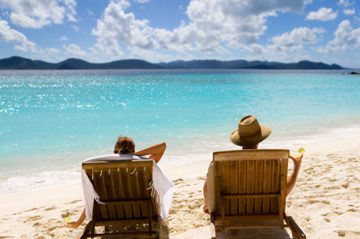 The Opium of the People
Karl Marx said that religion is the opium of the people, but...
view all Evangelical blogs
What Are Your Thoughts?leave a comment
Copyright 2008-2021, Patheos. All rights reserved.
error: Content is protected !!