The High Calling features a sweet, poignant tribute to Dallas Willard, who died a month ago. It was written by Larissa Heatley, Willard’s granddaughter, who delivered it at his memorial service. The title of this piece, “Give ’em Heaven,” is one of the last things that Willard said to Larissa.

I will always remember one sentence that really summed up everything he stood for and everything I need to do. He might not have meant it as anything, but I kept thinking about it. He said it to me in the hospital, just before his last surgery. We were all walking out of the room and he called me back just for a moment so we were the only two in the room, and he said, “Give ‘em Heaven.”

If you’ve lost a beloved grandparent, you know how Larissa feels.

If you’ve read any of Dallas Willard’s writings, you know that “Give ’em Heaven” just about sums up his life’s message.

Be sure to check out the unique tribute to Dallas Willard from one who knew and loved him well. You can also watch the video at this link.

The High Calling thanks the family of Dallas Willard for allowing them to share Larissa’s tribute with the world.

June 7, 2013 A Longread for the Weekend: Colum McCann and Radical Empathy
Recent Comments
1 Comment | Leave a Comment
"Yep, it works. Was looking around to see if anyone knows WHY."
Rick Chance A Miraculous Cure for Bug Bite ..."
"Hi Pastor,I am hoping you will continue your discussion on how God guides us. Can ..."
BB How Does God Guide Us?
"Happy birthday USA you are 243 years old today. Like in a marriage, a lot ..."
Tom Krayg Astounding Freedom: A Reflection for Independence ..."
"Great article on Thanksgiving. More of us should be thankful to those who work hard. ..."
Rhonda Diane Lucas-Wright A Simple “Thank You” That Makes ..."
Browse Our Archives
get the latest from
Evangelical
Sign up for our newsletter
POPULAR AT PATHEOS Evangelical
1 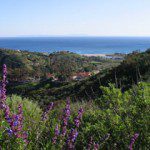 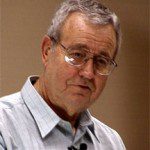 Evangelical
A Simple "Thank You" That Makes a Big...
Mark D. Roberts
TRENDING AT PATHEOS Evangelical