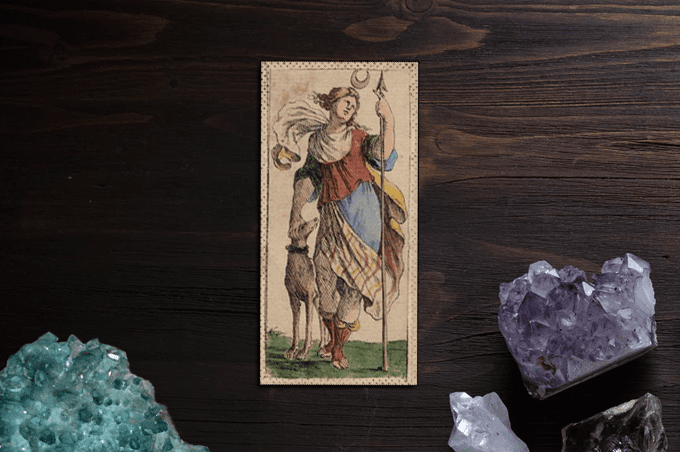 The Tarocchino Mitelli Bologna 1660 CA is part of Lo Scarabeo’s Anima Antiqua series, which is a reproduction of historical tarot decks. The reproduction is beautiful and each card has an antique papyrus type feeling to them. The cards themselves are much thinner in width than the average tarot card and it’s presented in a beautiful top-lifting hard box. The set is limited to 2,999 prints and as such is sure to be a collector’s item for any tarot lover.

The original Tarocchino Mitelli deck was designed by Giuseppe Maria Mitelli in the 17th century and was etched on copper. The deck was created as a card game and not a divinatory tool and as such has a few major differences from our modern day tarot that we’re used to. The deck consists of 62 cards instead of 78. Twos, threes, fours, and fives are removed from the deck’s pip cards. Another major difference is that the deck does not have a High Priestess, instead it has two Hierophants – one sitting and one standing.

None of the cards have titles or names aside from roman numerals for the pip cards. The card stock is decent, not the best and not the worst that Lo Scarebo has produced: and I’m not sure if that’s meant to be intention. Perhaps this is similar to the card stock that would have been used for this deck in Bologna, Italy during the seventeenth century – or perhaps not.

My personal opinion is that this deck kind of sucks for divinatory purposes. You’re much better suited using a Rider-Waite-Smith or Marseilles deck for the purposes of divination. But you can perform cartomancy with any deck including poker playing cards, so it is possible. The card quality also makes the deck a bit more stiff to shuffle than other decks. While the deck is beautiful in its own way, it’s more of a collector’s item than a deck that you would use for the purposes of readings – but then again, the original deck was meant as a playing card game anyways. Unfortunately the little book that comes with it doesn’t clearly explain how the game is played. 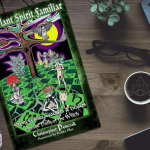 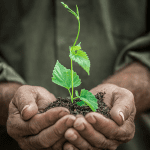 September 4, 2018 Christopher Penczak On The Spiritual Bond Of Plants And Witches
Recent Comments
0 | Leave a Comment
Browse Our Archives
Related posts from For Puck's Sake