The Cold Never Bothered Me Anyway 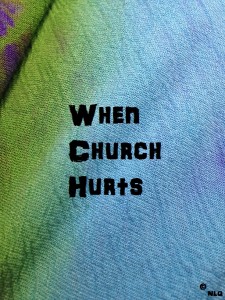 Not that I was really hiding anything.  Because if what happened to me – the condemnation, ostracism, shunning – if all of that was appropriate, then why would it need to be hidden?  The simple fact that I was told from the beginning that I was not to talk about it smacks of “what we are doing here is NOT appropriate.”

Truly the shaming came from the directive that it must be kept a secret.  Because shame is overcome when it is spoken.

So, I spoke.  And suddenly, I wasn’t the one dealing with shame.  The people who had shamed me were.  It was evident in my story that what they had done was wrong and that it was done improperly.  So, once again, I had to be silenced – and shaming fingers had to be pointed at me.

Had anyone come to me and asked what it was all about, they would have known the truth.  They would have seen where the fault truly lay.  So, toss us aside, warn people away from us, and hope to God that they have made a strong enough case that if people do hear the whole story, they won’t believe it.

I have done a lot of work over the past two months.  Those shaming messages that I allowed to pierce my heart, to wound my spirit – I have been doing the hard work of moving out of shame.  While I have been an expert on experiencing shame for more than a decade, and fearing that the sleeping dragon would rear its ugly head at any moment, I have been educating myself on how to banish shame.

Part of that has been to retrain my brain from it’s default mode of “You have to have done something really bad, Ellen, for the church – and God – to not want you” to the reality of what God really has to say, “I will never leave you nor forsake you.”

And part of it has been to quiet myself down, look to Jesus, listen closely to the Holy Spirit, and write down what He is saying to me – words of love and grace, comfort and peace, forgiveness and restoration.

And most recently, to reseat those who are in the arena of my life.  Those who once sat in the seats of honor – the ones that I gave credence to because their positions and orations indicated that they deserved my respect, my allegiance, my service, my loyalty  –  they have been moved to the cheap seats – way at the top in the back of my arena.  Those who are not “for” me, those who take what they think they know and use it against me, those who are sitting up in lofty places and saying, “You’re not good enough!” and “Who do you think you are?”  Those who have abandoned me, and shamed me – I will no longer allow them to terrorize me.  They can read my blog.  They can rant and rave about how I am still “talking” and telling on them.  They can point their fingers and try to make me the problem for pointing out the problem.  They can ignore me and avoid me and deny the truth of what was done to me because they can’t admit that it was wrong and deserves an apology.  Don’t worry.  You don’t scare me.  Not anymore.

January 27, 2017
Quoting Quiverfull: Part 1 Lori Alexander is the Most Modest Ever?
Next Post