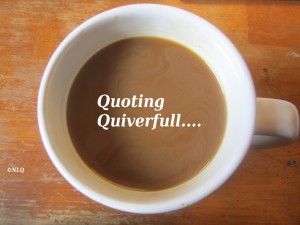 by Doug Wilson from Blog and Mablog – Letters on Homosexual Desire

Editor’s note: Now Doug Wilson is writing his fictitious letters to a gay convert to Christianity and it’s just as inappropriate and wrong as his letters to the sexual assault victim. His ideas are no better on this subject either.

FYI: Doug is our sole male Evangelical we’re quoting at the moment because Tim Bayly has moved his blog and stopped whining about attacks on his masculinity.

You became a Christian just two years ago, and were converted out of an active homosexual life—president of an LGBT group in college, every weekend in the clubs, and so on. You had known that this was the direction you were headed by the time you were fourteen, and you had never looked back. The thing that precipitated your conversion was not directly related to your sexuality at all, but was rather your parents’ divorce, which was more than a little messy. For the first few months of your Christian life you tried to carry on with “your normal,” but something was now off. You started out in a church that was truly “affirming,” but the sermons were about as anemic as a sermon can get, which is pretty anemic. In search of spiritual nourishment, you started trying more conservative churches, but that brought the issue of your sexual life front and center. As a consequence, about a year and a half ago, you made a decision to attempt a celibate lifestyle, which you have maintained for the most part—two falls in the early months.

The reason you are writing to me is two-fold. First, you now find yourself in the conservative and evangelical world, but even here there is a welter of opinions about what someone like you should do. And second, your decision to be celibate feels to you like you have just cinched tight the lid on a pressure cooker, but have not figured out how to turn off the burner. You feel a certain inevitable dread . . . at some point there will be beans on the ceiling.

July 27, 2017
Encouraging Your Husband Part 1 Dress to Please
Next Post