Got Period? Old Enough For Roy Moore to Marry 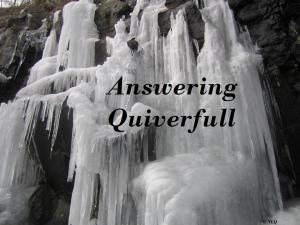 Trigger warning: The thoughts of Larry Solomon involve sexuality of legal children, the innocence of Roy Moore and ideas about when marriages must take place. All of his views border on approval of pedophilia.

Larry Solomon of Biblical Gender Roles has also written extensively on the Judge Roy Moore sexual abuse allegation several times now. What is particularly noteworthy in the articles Larry wrote is his mental and theological gyrations to justify why marrying a fourteen year old is not wrong in his world. He justifies it with claiming the Bibles says if you have your period you are ready for marriage no matter what the age.

He starts off by claiming that Roy Moore did not have sex with any of those young women and if he did indeed date fourteen year old girl then that is Biblical  following that with claims that marriage licenses aren’t for Christians and that fathers must chose and make a match soon for daughters who’ve reached that Biblical ‘first flower of youth’ -real world translation grown breasts and gotten their periods. The exact same things claimed by creepy patriarch Von Ohlman.

This is so triggering, reminding me of a rude saying by one of my first boyfriends ‘Old enough to bleed, old enough to breed’ 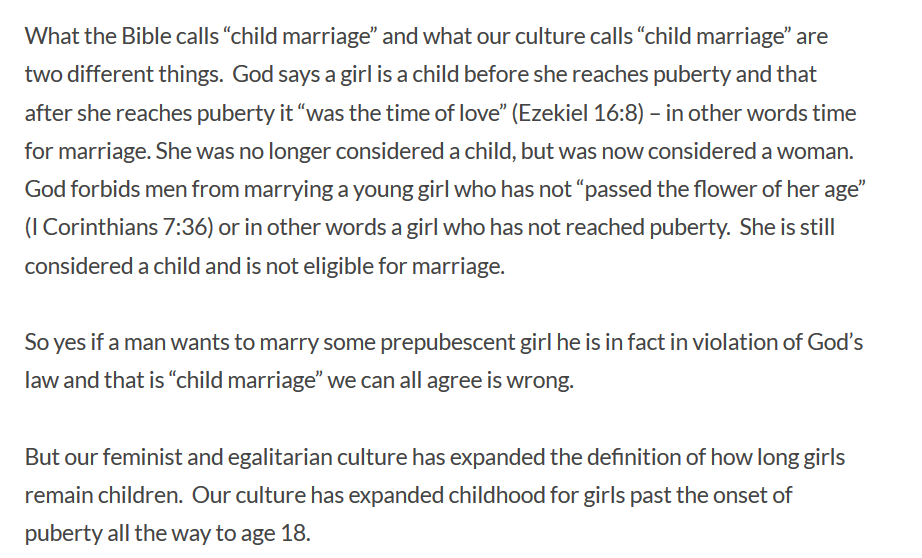 Mr. Solomon fails to note or realize that in our society that could potentially mean girls as young as 9, 10 or 11 given in marriage. The average age of menarche, or your first period, is around 12 years old, but the onset of puberty can start as young as 8 years old according to medical research. The onset of puberty, which Larry claims is the Biblical standard is different than the onset of menses. He’s confusing puberty with periods, lowering the age into what is clearly childhood.

Does anyone know children between the ages of 8 years old and 12 years old who are emotionally ready and mentally mature enough for marriage?  All the legitimate statistics available online indicate that early marriage is extremely detrimental to every aspect of girls married before they mature or reach their 18th birthday.

Larry also picks up on a blog post by one of Homeschoolers Anonymous founders Nicholas Ducote that spells out all the reasons why child marriage is wrong and proceeds to justify his dismissal of Ducote’s concerns with one Christian strawman bugaboo – Feminism. Here’s why Larry thinks most education, all pursuit of careers and marrying at an older age is wrong – Control, as in first fathers and then husbands must mold and control their child brides into the desired fembot who cooks, cleans, submits, births lot of babies and then homeschools them. 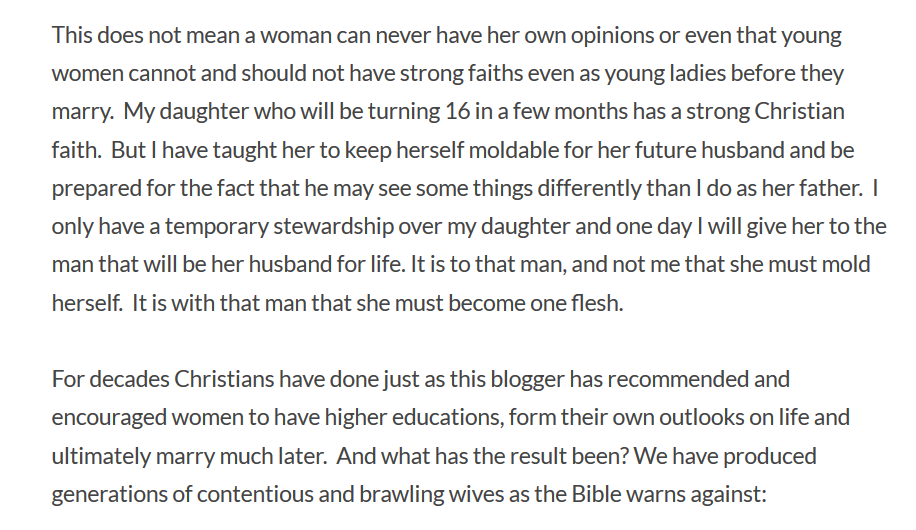 I thought the word ‘baal’ meant that false God everyone was sacrificing babies and virgins to?

Tracking the theology of these sad sacks of patriarchy through the years I’ve always said that most of them are trying to enforce the fantasy standards of their understanding of the 1950s. But with Larry Solomon it’s not the 1950s he’s trying to recreate, it’s a full century earlier – the 1850s when people in America could legally own other human beings and women have little recourse and almost no rights.

True Measure of a Good Woman

Nonreligious
Part 3 - Create a Better Brain Through...
No Longer Quivering