The Costs of Quiverfull on Children’s Lives 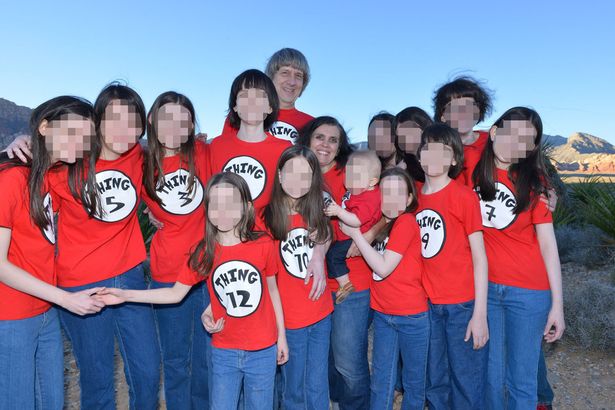 Right now the news media is focused on the family of David and Louise Turpin of Perris, California, focusing a bright light on the dangers of hiding abuse by homeschooling. But we know that soon enough another scandal will come along and the attention will be diverted. Meaning that the Turpins, just like the Nauglers and a plethora of other offenders will soon be forgotten, and their crimes will fade away in the collective consciousness before effective laws are put in place to protect the children of Quiverfull.

Most of the media still hasn’t caught onto the fact that the Turpin family are part of the larger Christian Patriarchal Movement or Quiverfull. A few have, including In Touch Weekly, and The Root.

Others are busy extrapolating an already awful scenario into even worse things with only the slimmest proof, family suicide, that they were part of a creepy doomsday cult, that there are the bodies of murdered children on their properties, wild statements by various other family members, and pet hoarding. These things may or may not be true, but the true things that have come out are awful enough without embellishing anything.

While I was cleaning out and organizing I stumbled over an old notebook where I’d taken copious notes on how the Quiverfull lifestyle can harm children. In light of the discussions on protection of children I think now is the time to share this. Knowledge is power. Not all of these apply to the Turbins, but there are definitely a few that do.

Costs of Quiverfull on your children

If I’ve missed something let me know in the comments. Please, no fighting over if homeschooling is better or worse for children. The issue here is truly protection of children being raised in Quiverfull.

January 24, 2018
Only Blog For Jesus You Selfish Women!
Next Post

January 26, 2018 GOP Senate Candidate Wants Women to go Back to the Kitchen
Recent Comments
24 Comments | Leave a Comment
"This is late, partly bc of my preoccupation and partly bc I'd been slowly reading ..."
Jennifer Serena’s Serenity – Luxury Hotel, Birthing ..."
"Thank you for your commitment to truth and love, Suzanne. Best wishes to you and ..."
Meredith Anne Not a Goodbye, More of a ..."
"For what it's worth, I've learned a lot from you about a Very Creepy movement ..."
Gwen Pryce Not a Goodbye, More of a ..."
"Unfortunately, this kind of satire (if it even is satire) is what gives Christianity the ..."
Emily Is Biblical Gender Roles a Big ..."
Browse Our Archives
Related posts from No Longer Quivering