So I am lurking this morning in a McDonald’s in Liberia, Costa Rica furiously researching who Josiah Duggar’s new fiancee, Lauren Swanson is. It’s a very inconvenient time for Cable Ticas manána which means it could any day in the next week that they come set up my wifi because I’m seriously curious if this is Kevin Swanson’s daughter.

Several readers on here and other sites have asked the same question. It bears asking, as I will explain later.

For you newcomers who may not be familiar with the forceful, disgusting, fundamentalist Christian charm that is Kevin Swanson here’s a short bio of detestable behavior. He hosts an internet radio show that is promotes things like white supremacy in a covert fashion, he calls for the deaths of homosexuals in Uganda and other places, he blames all national tragedies like the Pulse shooting and natural weather disasters on sin, non believers, society, gays and bestiality.  He mentions bestiality more than people in a bestiality chat room regularly and seems obsessed with the bedroom antics of everyone.

If he is the father of Josiah’s future wife it proves some rather disturbing things about what the Duggars believe and practice. Like all of the awful things above and the crazy things he does and says that end up once in a while in the national media. The Bible sure mentions not being unequally yoked so you can assume that Michelle and Jim Bob Duggar also believe all the same reprehensible things as Swanson preaches.

Evidence for the possibility?

The Swansons and the Duggars do know one another. He’s interviewed the Duggars on his radio show. They’ve spoken and attended the same homeschooling conferences for years now. It’s not inconceivable that the two patriarchs got together and came up with this pairing. Kevin would gain a very thin veneer of respectability linking up with the Duggars, and the Duggars would have another media outlet to plug their product. Make no mistake, their lifestyle is a product that they have commercialized with the books, speeches and television series.

Because the families have been attending the same conferences for years it’s likely that Josiah Duggar and Lauren Swanson would know each other, and had plenty of opportunities to form an attraction or friendship. This isn’t out of the blue. This was likely plotted out some time before by father Jim Bob.

The photos of the happy couple show them at the beach somewhere in California likely, with mentions of Josiah proposing the same place Lauren’s father proposed to her mother. Kevin Swanson met his wife while he was attending California Polytechnic State University in San Luis Obispo. I would not be surprised if that spot was near there.

The Duggars and Swansons are both well known in the same homeschooling circles.

But for me the biggest sign is how much Lauren Swanson resembles Kevin Swanson.

Screencaps of Lauren and Kevin side by side for comparison: 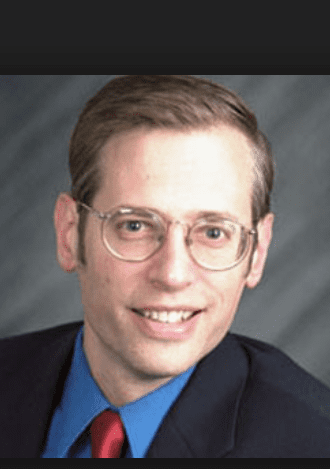 Maybe it’s just me, but I see a resemblance in the nose, chin and mouth.

If it’s true it cannot be good for the Duggar’s brand once the mainstream media makes the connection themselves and exposes the some of the sicker ideas promoted by Swanson. He has said things like he would smear his body with excrement if one of his children turned out to be gay. The Duggars will be exposed as the hateful homophobes that they are.

Well, what do you think? Possible? Would this be enough to bring down the Duggar’s undeserved ‘good’ public reputation?

As an aside, TLC is on the air here in Costa Rica and it’s called ‘Jill y Jessa’. It’s even more dull dubbed into Spanish.

March 4, 2018
The Duggars Exhibit Perfect Marriages and Submission?
Next Post

March 14, 2018 Servant Leadership is For Feminine Wimpy Males?
Recent Comments
73 Comments | Leave a Comment
"This is late, partly bc of my preoccupation and partly bc I'd been slowly reading ..."
Jennifer Serena’s Serenity – Luxury Hotel, Birthing ..."
"Thank you for your commitment to truth and love, Suzanne. Best wishes to you and ..."
Meredith Anne Not a Goodbye, More of a ..."
"For what it's worth, I've learned a lot from you about a Very Creepy movement ..."
Gwen Pryce Not a Goodbye, More of a ..."
"Unfortunately, this kind of satire (if it even is satire) is what gives Christianity the ..."
Emily Is Biblical Gender Roles a Big ..."
Browse Our Archives
get the latest from
Nonreligious
Sign up for our newsletter
POPULAR AT PATHEOS Nonreligious
1