The Man in the Dark – The Dirty Nasty Endings 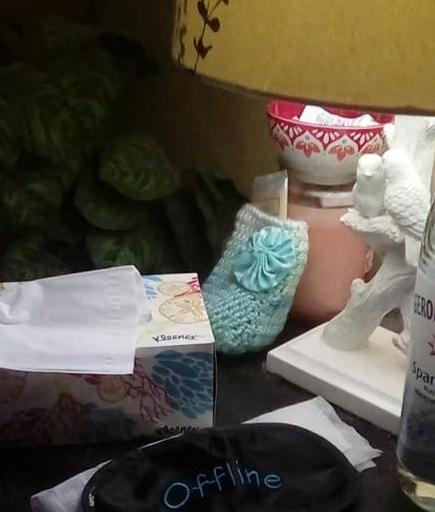 The last third of the book by pastor Doug Wilson. His attempt at romance titled ‘The Man in the Dark’ We already did the book in three other parts. Part 1, Part 2 and last week’s outing Part 3. The finish line is in sight now. Good thing too.

Last review day I said Doug broke my brain with this silly book, and there’s some truth to that. As someone kindly pointed out I’d blanked on the fact that the main character’s name is actually Savannah, not what I’d been calling her, Samantha. I don’t know what happened so I’m going to blame it on the book.

When we last closed Alan Lambeth, town one note Simon Legree was taking Savannah’s rival on a date. That’s where we start, Elizabeth Sarandon is returning from her date, and Savannah is lurking in the parlor to speak to her. Savannah is self aware enough to realize that to talk crap about Alan wouldn’t go over well. Elizabeth realizes that Lambeth has been telling her a pile of false tales about her rival, and so she confronts Savannah, accusing her of thinking she’s too good for Lambeth.

Meow! Someone is spoiling for a cat fight.

Savannah says no, she thinks Elizabeth is too good for Lambeth and it’s on, like Donkey Kong. Savannah walks away and leaves Elizabeth hurling accusations. Savannah wrestles with her conscience all night and goes to apologize to Elizabeth. I’m not sure for what still.

Sheriff Barnes goes to ask Lambeth where he was during Todd Martin’s unfortunate collision with a bullet.

More dating happens, Lambeth asks Elizabeth to pass a message to Savannah about Milwaukee in an attempt to rattle her.

The silly town mayor rushes about making arrangements for what sounds like a town Chamber of Commerce dinner, asking Savannah to be the hostess instead of his wife. Yawn.

The dinner happens and they raffle off a seat next to Savannah. After some machinations by landlord Mrs. Fuller the seat goes to Thomas Goforth. There is minor semi-flirting before the pastor admits he’s after her.

Chapter 12 – The Train That Left

Mrs. Fuller tells Savannah that she cheated and arranged for pastor Goforth to sit next to Savannah at the dinner.

Goforth goes forth to Alan Lambeth’s office to tell him to stay the heck away from Satan..uhh.. Saman,e eerr. Savannah. Lots of folks warn Elizabeth about Lambert. On their date Lambeth tries to bed Elizabeth, but she promises him tomorrow, after their 4th date as he’s trying to twist her arm to deliver another dumb vague message to Savannah. Elizabeth promises and promptly hops on the last train out of town to get the heck away from Lambeth and avoid murder. It’s taken her that many dates to discover he’s the town evil apparently, but instead of telling him she’s washing her hair every single night she runs away.

All this book needs now is for sweet Polly and a Canadian Mountie to show up.

You think? You got Simon Legree out there killing folks and twirling his mustache and there’s bound to be trouble.

A minor character confesses true love to another minor character. The sheriff discovers pages later that same minor character was pacing around in hopeless love during the fire. He says something that implicates Lambeth, but it doesn’t not make sense to me. I give up. I hate this stupid book that makes things happen a couple of times, yet does not explain other happenings,

Barnes goes to the Judge to get an arrest warrant and one of Lambeth’s sneaky little buddies tells him he’s about to be arrested. Alan Lambert skedaddles just ahead of the dumb arm of the law and the search is on.

Here’s where that stupid twist happens.

Savannah goes off into the woods to pray, Thomas Goforth follows her. He immediately proposes, err, marriage that is, not a picnic of sandwiches or a walk in the pines like might be expected between two people who’ve not known each other long. No, she does not clobber him with potato salad.

She says no, because after a dull recitation of a life history that is pretty standard she decided to try her hand at being a sex worker. WHAT?!?!?!? Just out of the blue just because she met a madam.  This prissy pearl-clutching potato salad tosser worked as a prostitute exactly one time. She cannot get over the guilt, how much of an unclean whore she would be in the eyes of everyone else.

I burst out laughing the first time I read the book when I hit Savannah’s confession. I’d already pegged her secret as being that she showed her naked ankle to strange men on the streets of Milwaukee for a nickel, or maybe she’d had an embarrassing love affair with a circus midget and his monkey.  I joke badly. If this had been a standard romance novel her secret would have been a rape followed by childbirth of a little bastard she was boarding back East. Or she would have secretly lost her husband and child in a tragic accident, coming to a small town to hide.

Then Thomas Goforth says something even more shocking. He was that only customer, the literal man in the dark that boffed her. He went to ‘sooth his nerves’ and seems to have far lesser guilt about the episode, saying that they must marry to make it right.

Savannah has much, much, MUCH, M-U-C-H more guilt and wailing that the pastor for doing what is essentially the same thing.  He might be more guilty because he was not obligated to do anything.

Goforth says he recognized her right away and had been searching for her for years. He would have proposed sooner but there was that potato salad tossing incident. That’s not me making a dumb joke, he mentioned the potato salad as an off-putting event. Stand back officers, she’s dangerous and armed with potato salad.

Oh holy fudgeballs! I never dreamed Doug was weird enough to come up with that twisted crazy backstory, even if it had both characters behaving completely out of character.

More love talk in the woods, pages of it, until Alan Lambeth comes riding up running from the Sheriff and takes them hostage. They fight, and the posse shows up to bust the cartoonish villainy of Lambeth.

There is more, but I am guessing you know what it will be. Summed up by this passage:

“She had been a whore. She was to be a virgin bride.”

Not how that works, except in romance novels.

And they lived happily ever after. I wonder if Thomas ever threw Savannah’s former occupation in her face during fights?

It’s over, sobbing for joy, thank you Jesus!

March 8, 2019
Back to the Biases: The Identifiable Victim
Next Post