Debi Pearl Thinks ADD is a Blessing or a Curse?

Debi Pearl Thinks ADD is a Blessing or a Curse? April 27, 2019 Suzanne Titkemeyer 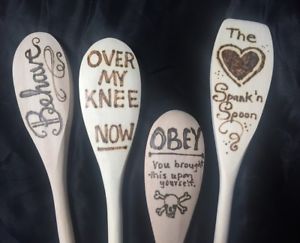 I don’t know if it is just the copious amounts of cough syrup I’m ingesting for this cold, or just that No Greater Joy’s Debi Pearl is loopy. I’m getting a large laugh out of Debi Pearl’s claims of studying the brain seven hours a day and how she’s learned all about it.

Debi starts off talking about hospital emergency rooms, some place that it’s likely she has only the most scanty knowledge off. She makes the bold statement that she thinks ER doctors and nurses have ADD – Attention Deficit Disorder – and that is how they all function so well in an atmosphere of chaos. It’s their brains, stupid..

Then Debi tries to explain the role of the basal ganglia as a switchboard. You can tell ‘basal ganglia’ is something that makes Debi feel oh so smart because she repeats it again and again and again in this piece with it’s dime store explanations of how the brain works.

All the areas of the brain, including the basal ganglia, function by responding to neurotransmitters, the chemicals and hormones that are released by our thoughts and actions. Knowing that we control their release by what we think and do is key to training your child to excel rather than being known as the lazy kid.

And just like that we’re back to that bedrock in Debi and Michael Pearl’s controlling theology- control  your thoughts to control your life. Control your kids thinking and harness their ADD and other conditions for good. If only it were just that simple, but we know nothing with humans is simple or robotic.

So much of what pulses through our brains is so incredibly trivial and harmless that I just have to reject without any more scientific evidence than Debi this idea of controlling your thoughts.

Debi  is so excited in this piece because she believes she’s unlocked the mystery of the ADD brain and making an ADD diagnosed child all better.

An ADD child who is trained to exercise self-control, self-motivation, and willpower will be a highly effective individual because his brain will produce neurotransmitters that create a biologically better brain.

And since this is the Pearls we’re talking of we know exactly what ‘training’ means. It translates into using a half inch plastic plumbing line to beat that child for every transgression, real or imagined, while ignoring all the real scientific based evidence that shows using this type of punishment on children does real lasting damage to their brains.

All of this is followed by Debi making increasingly ridiculous claims with buzz words you know she does not fully understand, ‘basal ganglia’ and ‘neuroplasticity’ and it turns out it’s all an ad for a book Debi has written on the brain. It’s to be published this summer.

I have to wonder if Debi went off the deep end trying to study the brain because of Michael’s stroke last summer? A stroke he had treated with a dubious treatment that can be dangerous.

A diagnosis of ADD isn’t the end of the world. More is being learned every day in how to function with all our various foibles in this world. None of it requires the type of ‘training’ the Pearls believe in. Sometimes conditions can be managed with therapies like physical therapies, or medications or simply doing things in a different way.

April 26, 2019
Pray But Do Not Leave if Your Husband Abuses You?
Next Post