I hate having to post about Lori Alexander of The Transformed Wife so often. But she has turned into the foremost purveyor of the most ridiculous ideas, toxic tropes and twisted theology that has a body count. Today she spoke at her blog about the issues of consent in marital sexual relations. Lori is not a big fan of consent.

Lately in the chatroom Lori has been on a binge about spousal rape. She thinks women that cry rape in marriage are doing it merely because they didn’t feel like sex, as a revenge thing. A petty piffling punishment against their husbands. Lori claims it only happens in marriages where there is other abuse ongoing at the same time.

Wait a minute there! Rape at its core involves consent. One partner consenting to have sex with the other partner. It does not matter if they are married, living together, a date, a bar pick up or strangers. Consent matters! It’s really the only thing that matters in all of these relationships.

No one, male or female, owes anyone else sex. If you’re married hopefully you’ll want to take care of your partner’s needs more often than not. But you must consent! Consent is the law.

Not according to Lori: 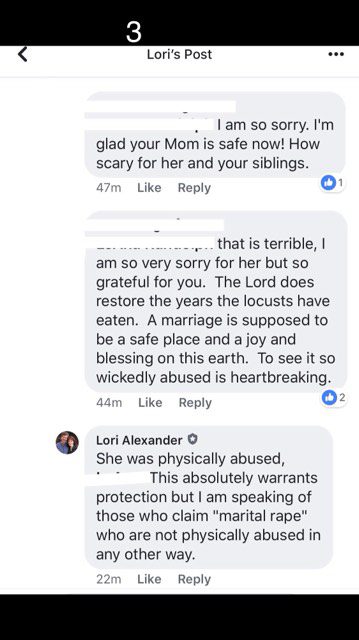 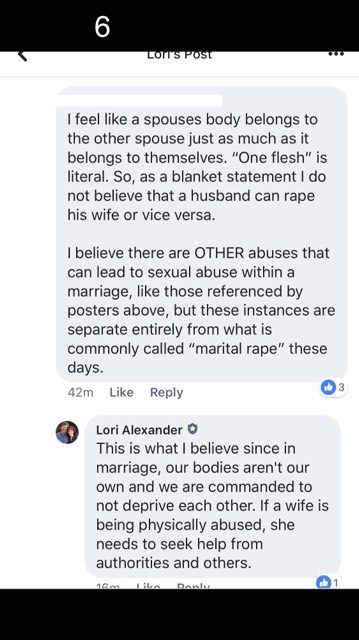 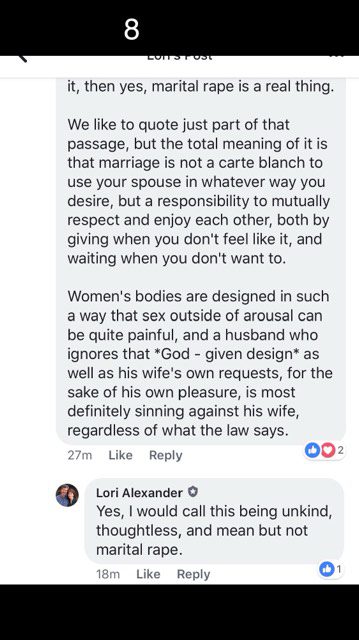 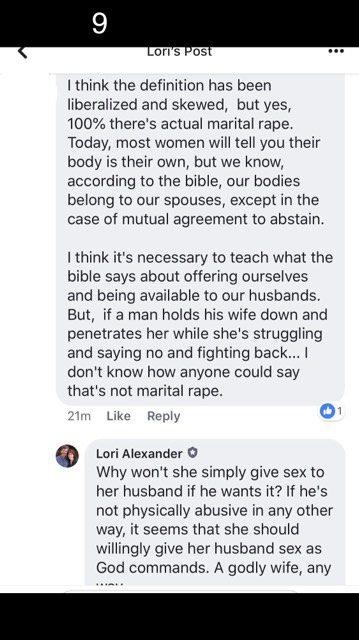 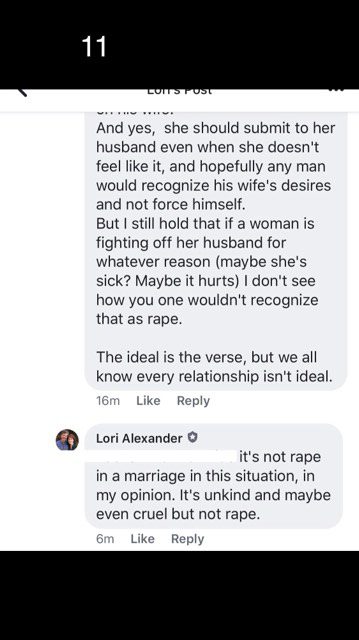 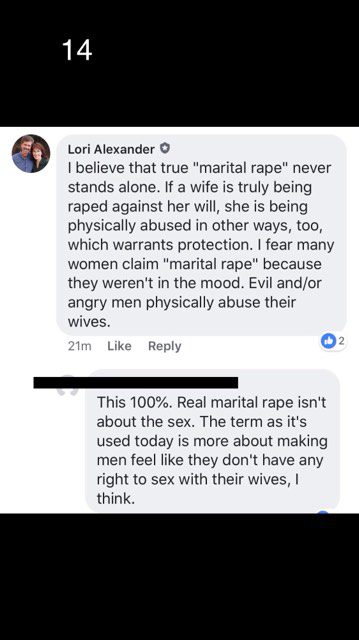 There are more screen caps of ladies attempting to reason with Lori over this issue of consent. The names are blanked out except for Lori’s. Jesus wept.

April 30, 2019
Michael Pearl Offends Readers With 'The Shaft'?
Next Post

May 3, 2019 The Internet is Evil?
Recent Comments
39 Comments | Leave a Comment
Browse Our Archives
get the latest from
No Longer Quivering
Sign up for our newsletter
POPULAR AT PATHEOS Nonreligious
1