Feminists are all Secret Lesbians? 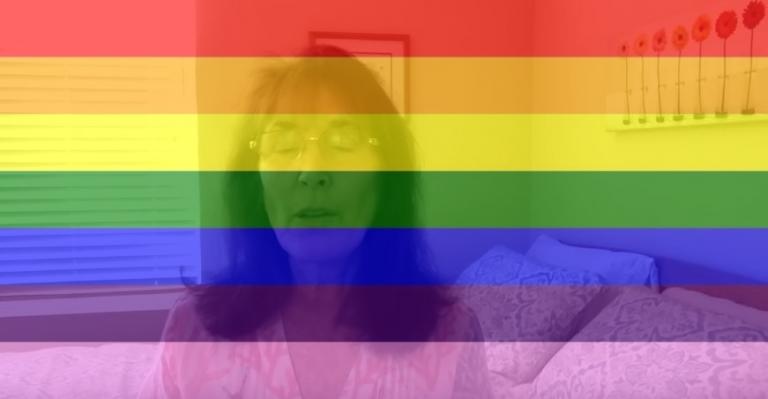 Before I got distracted yesterday by Doug Wilson’s rant linking the Confederate flag to abortion I’d been planning on covering Lori Alexander’s piece on The Transformed Wife on virginity. Lori came up with a pile of nonsensical claims about virginity that science does not support at all. Today she goes even further, linking feminism to sexuality in a demeaning nasty way. According to Lori all feminists are all secret lesbians.

Yesterday Lori made these claims about women who were not virgins:

Yes, it can leave many scars. A woman who commits her life to Jesus Christ and is truly transformed by Him can find some healing but there are usually still scars from past sins she’s committed; for God tells us that one who commits fornication, sins against their own body. Many young women are infertile or have STDs from their promiscuous younger years.

Lori’s piece was mostly the complaining of one of her male commenters, guys that are just this side of the Red Pill guys, about his non-virgin wife. Another attempt by Lori to go viral and/or shame anyone that came to their marriage bed not a virgin.

Keep in mind this is also someone that claims sex always hurts, and all you need for a happy marriage is ten minutes and lube. Correct me if I am wrong, but it’s always been my belief and experience that a happy marriage involves mutual sexual satisfaction and affection.

Then today she doubles down on the attempt to go viral by claiming that feminism and lesbianism are linked. She terms lesbianism as ‘Vile Affections’ like some mustachio-twirling Victorian villein firmly clutching the KJV Bible. That’s because she starts her piece quoting another Bible commentary actually from Victorian times, followed by some troubling discussions of the ‘natural use of a woman.’

Use? Like women are objects. Lori plays right into the manosphere ideas that women are consumable commodities instead of, I don’t know, actual humans.

Lori quotes Carla Coleman in “Unseduced and Unshaken” and we end up here:

Once women decided that marriage is bondage but still wanted the benefit of marriage (sex), they threw off their clothing in order to entice men. As time went on, they felt used by men and decided that marriage, motherhood, and homemaking weren’t for them. Now, as we can see, lesbianism is exploding just as it did in Sodom and Gomorrah. Feminism leads to lesbianism.

Wow, the words of an obscure worship musicians in an old book! Lori has to always lean way back to find justification for her twisted words. Oh of course Lori linked to nothing and I had to Google to figure out who and what she was quoting here.

And then she leaps from lesbianism to modesty with zero segue or linkage:

“In a sexually charged world, sexual purity is countercultural…Chastity does not happen by accident; it is a discipline of life founded on a knowledge of and belief in God’s Word and His loving intent for us, supported by accountability to an insightful community…it really is God’s best for us, the best from the one who wants to protect us from objectification, who wants us to be cherished, who wants us to know the joy of living dignified, holy lives and the true joy of desire. We cannot break God’s rule of chastity without wounding our souls” (Linda Haines).

Cannot figure out who this author is. No books on Amazon, no websites, no links anywhere since Lori loves to quote others, yet not source where she’s getting these things. Only person I keep turning up by that name is an actress and Davy Jones of the Monkees ex wife. Anyone have a clue who this is?

Well, that’s telling us. No statistics, no evidence, no studies, just Lori’s sternly worded words of others making the claim. It’s interesting to note that most of Lori’s ideas on marriage, women and the roles of women come straight out of England’s Victorian area in the late 1800s. I’m currently reading a book about the five victims of Jack the Ripper “The Five” and the book explores the lot of women in that era.

The fact that any women divorcing for any reason was considered a fallen woman, an outcast. Women had to have more than mere adultery to bring about a divorce. Their husbands must have committed incest, or other heinous crimes, while a man could easily divorce a wife for the mere appearance of adultery.  This time of hateful blaming, shaming and men freely abusing women is what Lori Alexander wants to return us to.

It was an era in which any woman without a husband or money was publicly called a prostitute. It’s likely that Lori herself is unaware that everything about her ministry comes out of middle class Victorian belief, a time of brutishness towards women.

August 19, 2019
Doug Wilson, the Confederate Flag and Abortion?
Next Post

August 21, 2019 Jana Duggar Exhibits Mad Photoshopping Skills?
Recent Comments
39 Comments | Leave a Comment
"This is late, partly bc of my preoccupation and partly bc I'd been slowly reading ..."
Jennifer Serena’s Serenity – Luxury Hotel, Birthing ..."
"Thank you for your commitment to truth and love, Suzanne. Best wishes to you and ..."
Meredith Anne Not a Goodbye, More of a ..."
"For what it's worth, I've learned a lot from you about a Very Creepy movement ..."
Gwen Pryce Not a Goodbye, More of a ..."
"Unfortunately, this kind of satire (if it even is satire) is what gives Christianity the ..."
Emily Is Biblical Gender Roles a Big ..."
Browse Our Archives
get the latest from
Nonreligious
Sign up for our newsletter
POPULAR AT PATHEOS Nonreligious
1