Does Quiverfull Theology Create Disturbed People or are the Disturbed Flocking to Embrace it?

Does Quiverfull Theology Create Disturbed People or are the Disturbed Flocking to Embrace it? November 8, 2019 Suzanne Titkemeyer

I got up this morning thinking I would share this amusing and tone deaf story about David and Priscilla Waller (Anna Duggar’s sister and brother in law). They stole pecans right out of a farmer’s grove, and seemed to be puzzled over it when the law arrived. But there’s a ton of not normal behavior going on in Quiverfull that is just making me shake my head, raising the question. Does Quiverfull theology create disturbed people or does it just attract them.

So I’m sharing a huge pile of less than stable words of a pile of Quiverfull adherents, including the Pecan Story from the Wallers, the resolution of which combined with the zero lessons learned by the Wallers leads one to question how Quiverfull people think that they are exempt from the laws of our nation. They knowingly trespassed on the farmers land, yet justified it by claiming to be ‘gleaning’ – a Biblical principle – ignoring the fact that gleaners are either invited by the farmer or at least have permission to be on the land. They were also in Bible times usually the elderly, the widowed, the impoverished, not people waving around hundred dollar bills.

Just in the past day Lori Alexander of the Transformed Wife has posted pieces claiming that women are ruining academia with their sensitive selves, have no business ever in politics, has no regrets that people like Guisel Johnson call working mothers nasty names like “Dead Beat Moms”. There’s too much odd behavior to easily catalog it all right now. 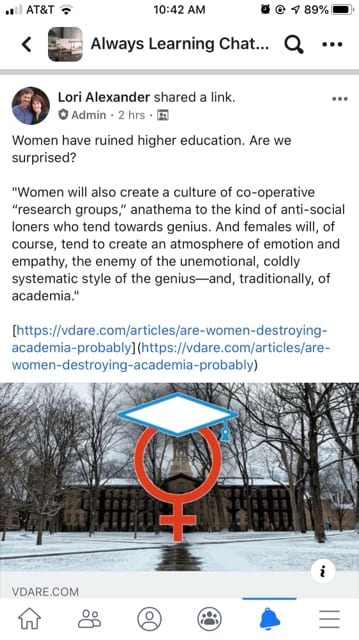 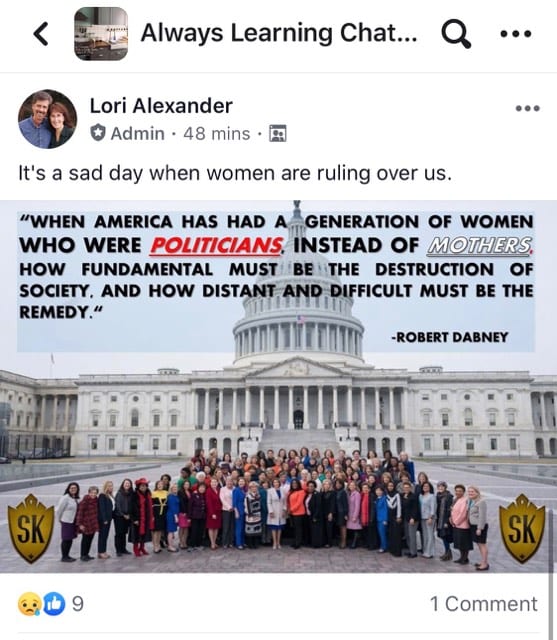 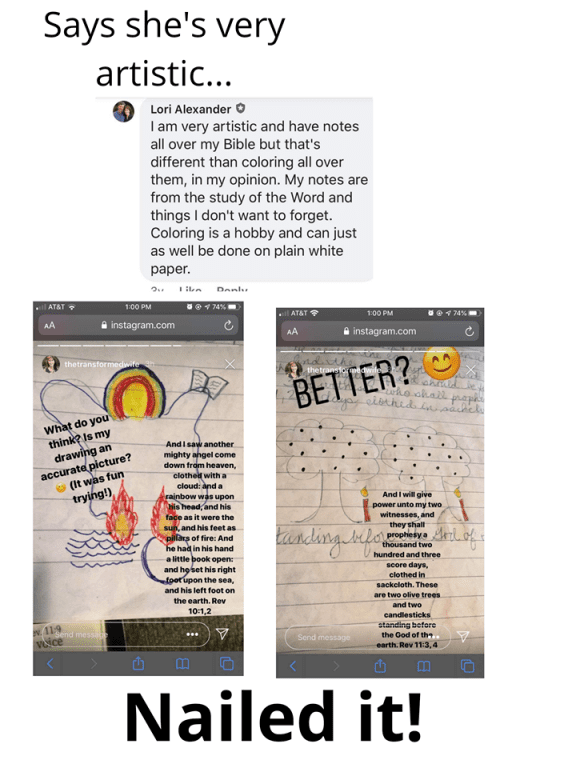 I wish I was making this up, but lately Lori Alexander has seemed even more frantic and unbalanced than ever. Leading us to our next case of disturbed and abusive, someone posting recently all over Lori’s sites – Biblical Gender Roles himself, Larry Solomon.

Larry, in all his unwisdom has also discovered Idaho hate pastor, racist, bemoaning the loss of the good old days Doug Wilson. Idaho’s purveyor of word salad. Larry is happy that Doug is stating that sexism is a Biblical virtue:

What?? Sexism is so not a virtue, but it is something that is dying that is the only perceived power left in both Doug Wilson and Larry the hairy man’s repertoire of male privilege.

Larry has been a busy unbalanced bee this week with posts on  how feminism is making men turn to red pill theology, and that women receiving educations is dooming fertility rates world wide! Oh noes!!! No more replacement peoples!

But the absolutely most frightening thing I’ve seen all week is something posted by the guy I usually mentally refer to as “T1tty Baby” Tim Bayly. He has referred to me as a “Shrew” and “Harpy” in his emails to my editor. He’s speaking of submission in his blog Out of Our Minds and for once it’s not entirely toxic. See for yourself.

Not that there weren’t some toxic words in the piece, in fact Bayly again referred to feminists as shrews, but it’s a baby step forward in a sea of poisonous watusing and twisting.

Whew! So I know none of this proves instability, but it’s been all sitting here in my mind wondering the why. I leave you with this, words from last night from Lori Alexander’s newest obsession, Kanye West. He fits right in with the dysfunction. 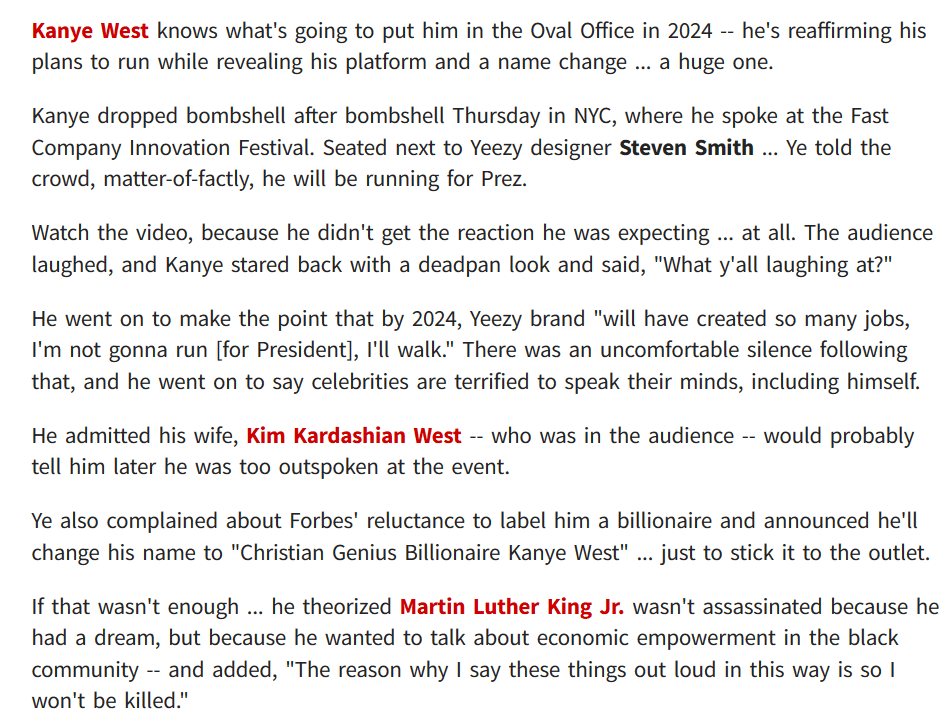 November 9, 2019 Create a Better Brain Through Neuroplasticity - Chapter 2 Part 2 Debi's Baby Brain and the Sloppy Seven
Recent Comments
123 Comments | Leave a Comment
Browse Our Archives
get the latest from
Nonreligious
Sign up for our newsletter
POPULAR AT PATHEOS Nonreligious
1

“First Moments in Heaven” — When...
Godzooks: The Faith in Facts Blog
Related posts from No Longer Quivering