Is Jim Bob Duggar a Liar?

As you well know last evening KNWA News confirmed that Homeland Security Investigations had been at Duggar homes and at least one business. Most of the tabloid press and news outlets that had been saying the rumors were just that, rumors, started covering the story.

Much later in the evening someone in the Duggar family, likely Jim Bob, posted this statement: 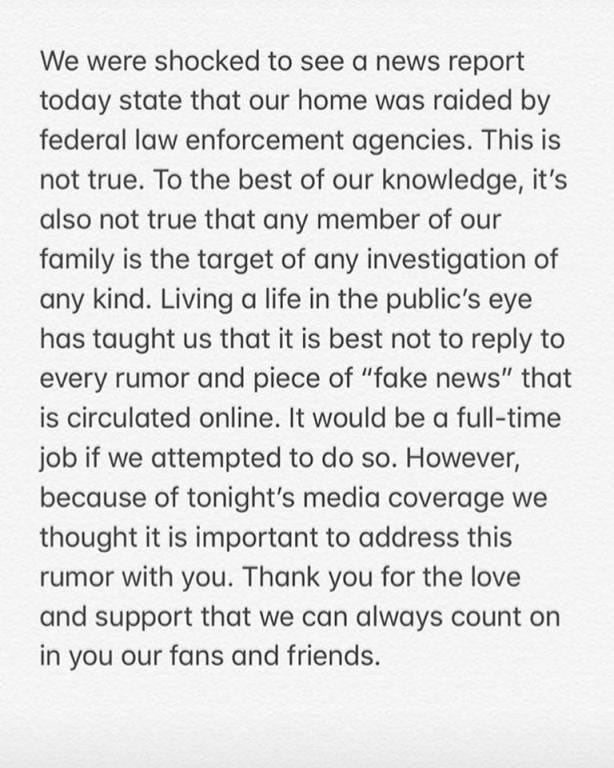 Then why is former governor, Fox News talking head, father of failed White House Press Agent Sarah Huckabee Sanders and Duggar friend Mike Huckabee rumored to be shopping for an attorney in Dallas and bigger cities to represent the Duggars in this? Rumor has it that Jim Bob Duggar has offered up to one million dollars per child for representation.

That number seems insanely high, but we all know that Jim Bob has very likely used money before to make Josh Duggar’s legal problems go away, like the stripper who sued Josh, mysteriously dropped the charges and was spotted in a brand sports new car.  We do not know for a fact that she was paid off, but it sure looks like it from here. Every time someone sues Josh, like the young man whose photos Josh used on Ashley Madison, these charges just melt away before trial.

Kind of like the Mafia or Black Hand without all the killing. Never allowing natural consequences or punishment, endlessly likely buying others off. And oh lawdy how the money keeps rolling in.

Other rumors that have emerged since last night include that this is centered on Josh Duggar, involves possible sex with a 15 years old or younger child, possible Central American links, possible trafficking.

No arrests or charges yet.

Here’s what I am wondering. In light of last week’s Derick Dillard complaining about money and family patriarch Jim Bob Duggar combined with the rumor that there is involvement with Central America I have to wonder if Derick is the one to turn them in to law enforcement.

Derick knows Central America. He knows the people. He is well aware of the Duggar’s involvement in Honduras and El Salvador. He should also know that trafficking and exploitation of the poor is one of the biggest problems in all of Central America. Young girls are sold by family members, kidnapped, tricked into sexual slavery with promises of good paying jobs. Sometimes they are exported to the United States for sex trade.

The Springdale area of Arkansas also has a large Central American population working at the chicken processing plants. The less skilled less desirable jobs in the U.S. are now routinely staffed by desperate people from Central America.

Is it really that much of a stretch to think perhaps the Duggars are involved in the exploitation of Central Americans for their own profit? That Derick was sickened enough by it to turn them in, or cooperate with a criminal investigation?

This last weekend Jill Duggar Dillard says that they dropped the children off with the Dillard grandparents and went out of town for some alone time. The timing in light of the rumors and allegations is suspect. If it turns out that Derick exposed criminal wrongdoing in the Duggar family I will have to rethink all of my ideas about Derick and Jill.

It is also alleged that there were many vehicles around Josiah Duggar’s home as around the main house. They were also supposedly spotted around a Duggar owned leather business. What this means I do not know.

People are speculating this all has to do with the Medicorp doings of the Duggars and the Bates in the Bahamas last month, or linked to other things they have done, but this looks like from here something entirely different.

I pray there was no sex trafficking or exploitation of young girls. The times I’ve spend in Nicaragua and other places here tells me that trafficking is a strong contender when this all shakes out. Most nations in Central America are filled with the desperately poor, people in Nica are selling priceless family heirlooms and antiques for pennies just to have enough money to eat.

November 19, 2019
Duggar Home WAS Raided by the Feds
Next Post

November 21, 2019 Spanking Ministries Fail to Protect
Recent Comments
71 Comments | Leave a Comment
"This is late, partly bc of my preoccupation and partly bc I'd been slowly reading ..."
Jennifer Serena’s Serenity – Luxury Hotel, Birthing ..."
"Thank you for your commitment to truth and love, Suzanne. Best wishes to you and ..."
Meredith Anne Not a Goodbye, More of a ..."
"For what it's worth, I've learned a lot from you about a Very Creepy movement ..."
Gwen Pryce Not a Goodbye, More of a ..."
"Unfortunately, this kind of satire (if it even is satire) is what gives Christianity the ..."
Emily Is Biblical Gender Roles a Big ..."
Browse Our Archives
get the latest from
Nonreligious
Sign up for our newsletter
POPULAR AT PATHEOS Nonreligious
1