As usual Doug Wilson of Blog and Mablog manages to come to the most wrong conclusions. In this very first piece he claims that making a homophobic statement while protesting something completely unrelated is a okay. That the world overreacts to throw out bon mots. Correct me if I am wrong, but didn’t the Bible state that out of the abundance of the heart the mouth speaks?

This is mercifully short for Doug.  Plus it is a fictional situation and people he’s concocted:

“Faith Memorial was an older, established church, and so it was kind of surprising to everyone when they found themselves in the midst of a controversy. That occurred because one of the assistant pastors had been speaking at a city council hearing about the expansion of a parking lot at a mall near his home, and he had made a comment in passing about the LGBTQ agenda. That was not the point of the hearing, and he was speaking in his capacity as a private citizen, but a local television station aired the clip with his connection to the church and the name of the church prominently displayed. The controversy largely swirled around the demands for an apology that descended on the church. The pastor insisted that the assistant pastor not apologize, and so the church went through about three weeks of unabated controversy, which was, for some of the parishioners, a complete novelty.

They didn’t like being on the world’s bad side, and yet they also knew that it is usually considered bad form for a soldier to bolt right after the shooting starts. And so it came about that Herman Peaton and his wife Gina began to find that the sermons were not nearly as edifying as they had been in years past. Leaving a church out of friendship with the world seemed too much like Demas, and so it became necessary to leave the church because the pastor was no longer “preaching Christ.” If you are going to leave a church for no good reason, you really need to find a good reason.”

I don’t know, rampant homophobia and hate speech sounds like a dandy reason to leave a church from here. Sure does not line up with the words of Jesus. 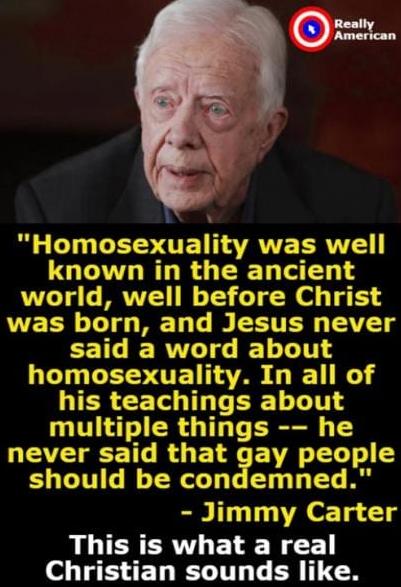 And now for the silliest words of Doug this week:

“Grown-up life is just a continuation of high school, a fact overlooked by everyone else.”

No, no, no, NO!  Maybe for some of the more shallow, less emotionally developed and immature people in this world, or for those stuck in a high demand religious organization. But for most folks life is nothing like high school. Comparing life in high school to real adult life is sort of like equating the two parts of “The Wizard of Oz.” The black and white real life sequences, to the full color fantasy sequences. High school being black and white and rather dull compared to the possibilities we experience in life, the ups and downs, the burgeoning potentials, the wide open Cinemascope possibilities. Even the depths of despair, disappointments and tough times are different.

If you think your life is like high school chances are you’ve not done any real growth or change since high school!

January 26, 2020 Lori Alexander - When You Cannot Admit You Are Wrong
Recent Comments
14 Comments | Leave a Comment
"This is late, partly bc of my preoccupation and partly bc I'd been slowly reading ..."
Jennifer Serena’s Serenity – Luxury Hotel, Birthing ..."
"Thank you for your commitment to truth and love, Suzanne. Best wishes to you and ..."
Meredith Anne Not a Goodbye, More of a ..."
"For what it's worth, I've learned a lot from you about a Very Creepy movement ..."
Gwen Pryce Not a Goodbye, More of a ..."
"Unfortunately, this kind of satire (if it even is satire) is what gives Christianity the ..."
Emily Is Biblical Gender Roles a Big ..."
Browse Our Archives
get the latest from
Nonreligious
Sign up for our newsletter
POPULAR AT PATHEOS Nonreligious
1