I have rarely touched upon hateful female cultural enforcer who is just a touch QF Suzanne Venker, but that time has come now. Venker, if you don’t know her, is Phyllis Schlafly’s granddaughter, the outcome of generations of regressive womanhood. Some refer to her as “Canker”. All you need to know is that Lori and Ken Alexander just looveee her, short hair and all. A choice might not be an echo, but repression of women, hatred and denigration of other women seem to be an echo from Granny.

Many times Venker will introduce a subject and Alexander and others also stupidly echo whatever comes from  her mouth. Today that echo and non-thinking involved Venker having something of a hissy fit over Taylor Swift’s new song.

Why? Because Taylor has pointed out the double standard that exists in the business world between men and women. We’re not in the early 60s of “Mad Men” but any women working in a field with or without men deals with these same double standards. Sadly, here we are in  2020 still dealing with the idiotic ideas that things men do are wonderful, and when women do the same things they are somehow a failure. 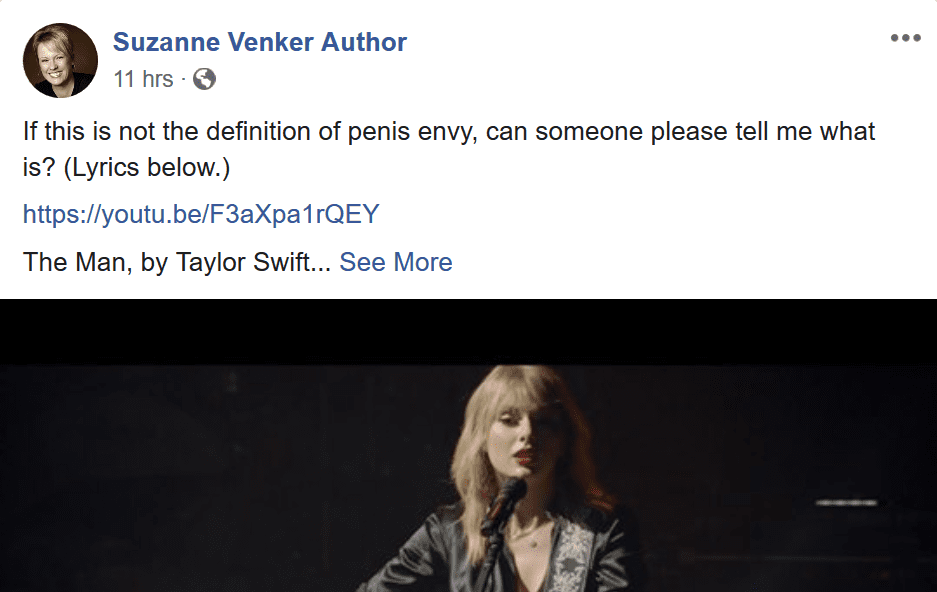 Oh, let’s see, tweet/Facebook post out something bitchy, something regressive and tag a celebrity with what is known as a very rapid and vocal fan base. Then she compounded it with this: 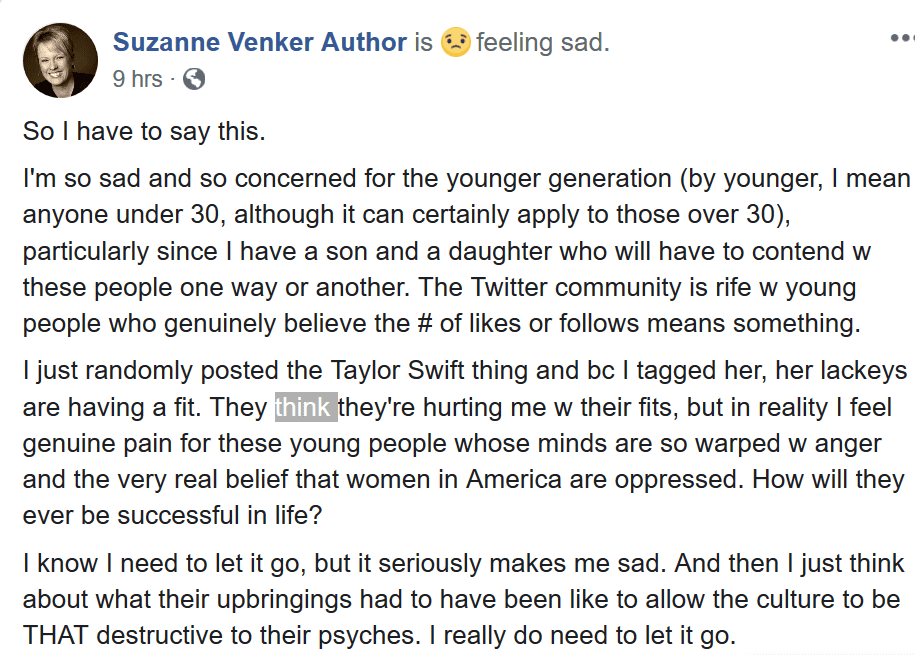 What’s sad is someone mean poking someone and something that has nothing to do with them in any way, shape or form. Here’s the thing about “Popular culture”, you don’t have to participate if you chose not to, but you gain nothing but a reputation for complaining and griping if you insert yourself into it like this. It still sort of boggles my mind that Venker cannot seem to grasp that there’s always been a horrible double standard in the working world. Only someone privileged enough to not to have to work could possibly think this is not still a problem.

Taylor is not one of my top ten entertainers even if I have enjoyed a handful of her songs (hello “Bad Blood,” and “Shake It Off”) It always seemed like the lyrics of many of Taylor’s songs involved the guys she’s dated and some grudges she’s held against others. But hey, people do tend to write about the subjects they deal with, one cannot fault her for writing what she knows.

I like this song “The Man”. I like the very true message. One of the few ways we’re going to confront the unfair stereotypes and “Boys will be boys” silliness is by exposing it to the light, pointing out that this is the sort of behavior that is inappropriate.  Put it to death and bury it. The time has come.

Yet again Venker misses the entire point and she’s currently fighting with Taylor Swift fans. Kind of sickly funny how the ones that scream the loudest what good Christians they are say the nastiest things and fight the hardest online.

Interesting that Facebook is marking her own defenses against the Taylor fans as bullying. 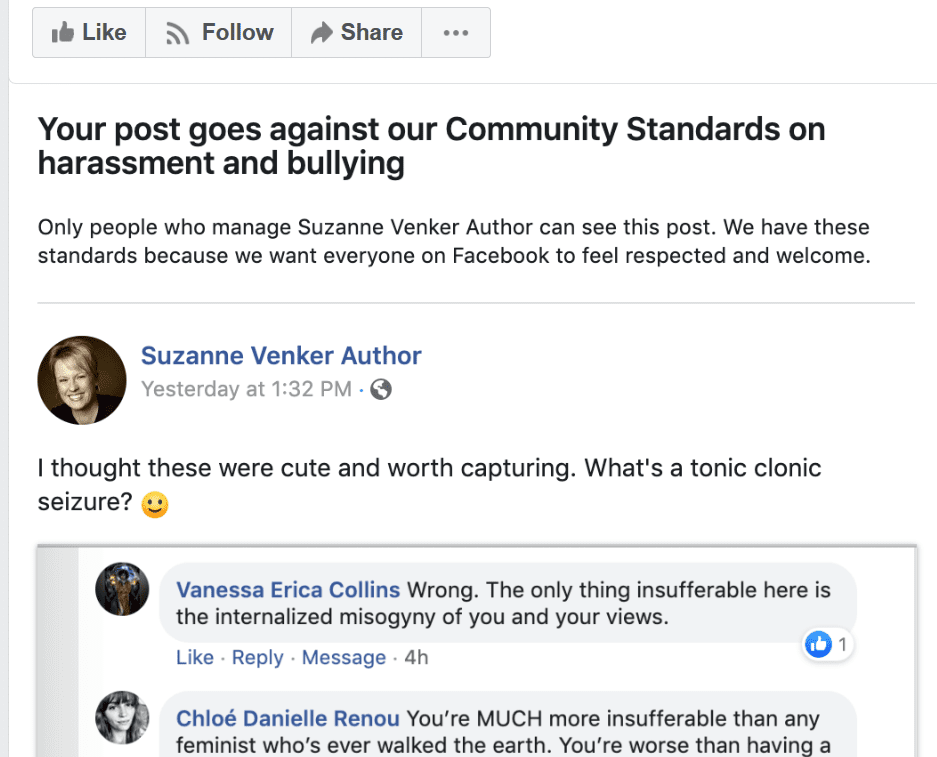 Give it up, Venker, you are stirring up a hornets nest over a vile bit of misogyny.

February 20, 2020
Ken Alexander - How Not to Disagree With Your Pastor
Next Post