Open Thread Covid 19 – Trump’s Base Does Horrible Base Things

Love this photo of a family from the 1918 Spanish Flu Pandemic, and love that they loved their cat enough to put a mask on it for the family group photo. Photo found on Facebook. Crushing the curve like cat loving champs!

So what does the Spanish Flu Pandemic of 1918 have to do with our current pandemic? Actually quite a lot today. The public had to get used to the idea of wearing masks in public, practicing good personal hygiene and practicing social distancing to make the infection rates tank.  Then people let up on the measures, first when wounded soldiers started returning from World War I, triggering a catastrophic second wave of deaths, followed by a deadly third wave when people started easing up on restrictions to hold parades and parties to celebrate the end of the war. This has echos in what is occurring today in our country.

“Those that fail to learn from history are condemned to repeat it.”

Donald Trump has been itching to reopen the entire country. Likely because he fears losing his reelection bid as president because of Covid 19 tanking the economy during the shut downs, causing the Dow Jones Industrial Average to rapidly sink. It’s not that he cares about the health of the average American. Right now we have over 41,000 deaths in the States due to his lackadaisical response to the pandemic.

Instead of behaving in a presidential manner, caring for the needs of others over his own personal gain, he has started to indulge in fomenting rebellion in his public statements and during his idiotic Twitter wars. He cannot even support the appeals of those in his administration like Dr. Fauci that point out that reopening now would only bring greater spread of the disease and more death, higher death toll. Encouraging domestic terrorism and armed rebellion against the government looks like a treasonousness activity from here.

Like lemmings stupidly leaping to their deaths while chortling angrily his core base of fans has started protesting. Yes, protesting over the fact that they have been asked to stay home for the safety, well being and health of everyone. Something that benefits every one, even them.

This week has seen angry ugly protests in places like Lansing, Michigan, parts of Tennessee, Washington and elsewhere. People refusing to mask up, angrily ranting about being deprived of their rights.  When does a right stop being a right, when it impacts others I might think. Apparently they are demanding a dropping of the stay at home order and social distancing. Here is our second wave of massive deaths coming I think. When the reopening is pushed forward without massive nationwide testing this will be our third wave of spiked cases and deaths.

I have to say I love the heathcare workers in Denver who defiantly blocked the protesters, determined not to have the same situation in Denver that happened in Lansing, Michigan. The hateful Trump supporters blocked the entrance to Sparrow Hospital in Lansing for some hours, putting the lives of everyone in the Lansing area at an even greater risk.

These rude people will be directly responsible for the second wave that is coming. Here’s one of the stupider ones. 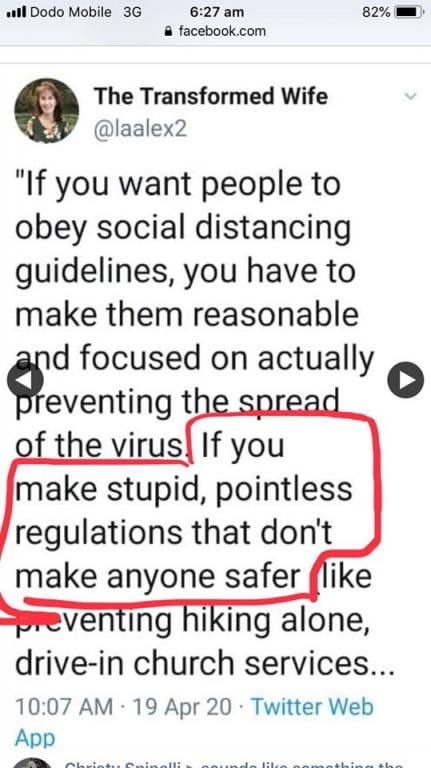 Yes I am not happy about being denied walking on the beach daily too, but I understand the why, unlike some rather conspiracy-laden folks. For people that like to brag how sacrificial they are they seem rather annoyed by actually having to sacrifice anything for other people.

My surfer friends and I have laughed and joked about the possibilities of doing a run and surf, but we have armed policia on the beaches preventing anyone from doing that. No one is getting shot or going to jail for surfing, even if it is an activity that automatically carries out social distancing of being apart. 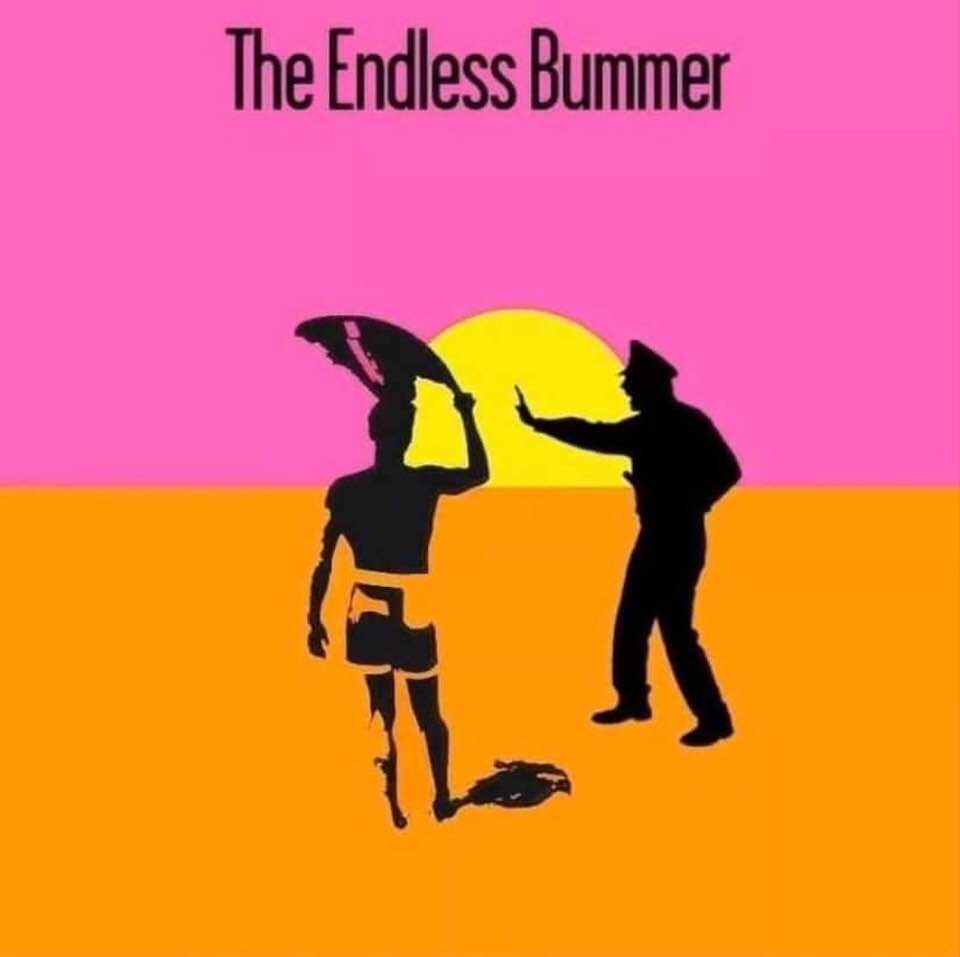 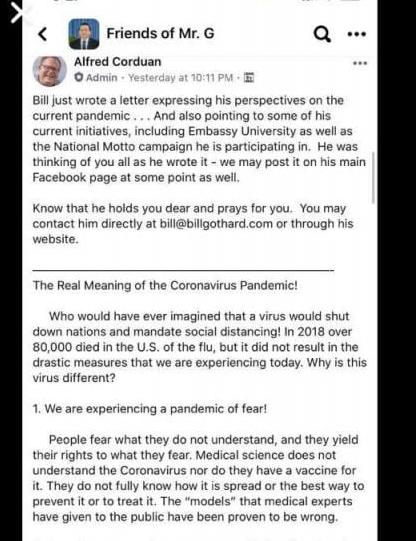 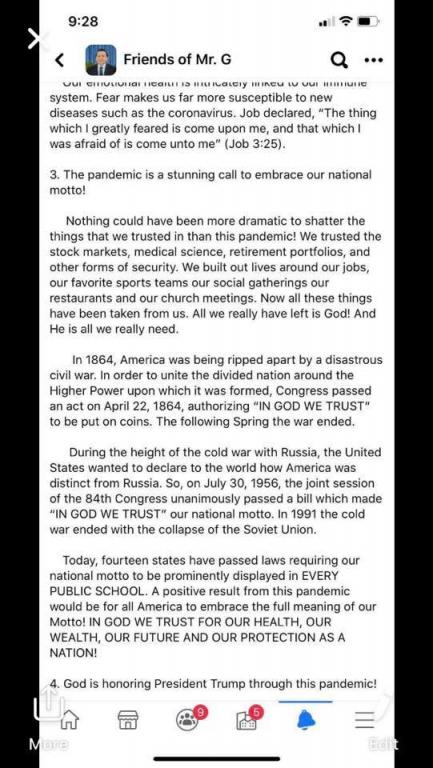 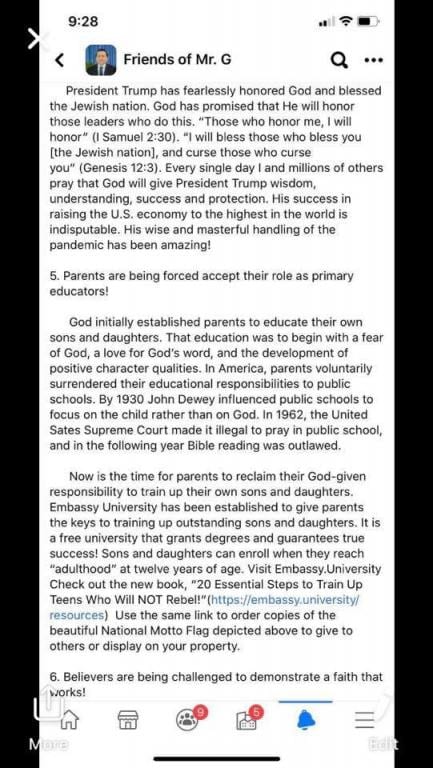 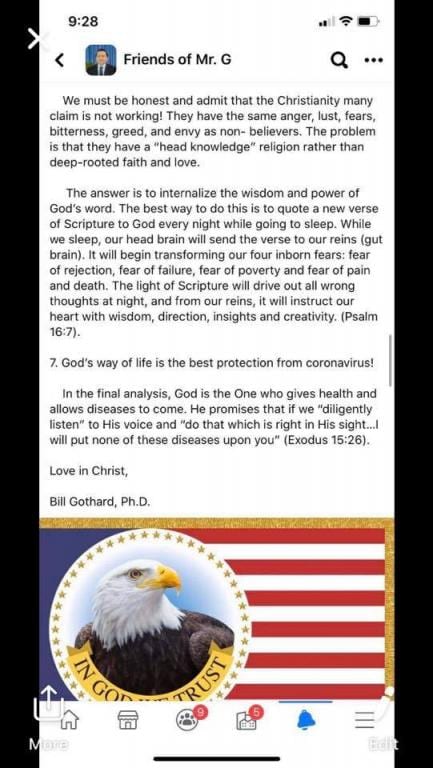 These people are going to get us all killed at this rate!

A quick note. I have the pieces to publish that several of you have sent to me. I’m going to start working them in as time and news permits here. Thanks for the contributions!

April 19, 2020
Complementarian Marriage and the Lies They Tell Themselves Part Three
Next Post

April 21, 2020 Meet the Four Brothers Behind the Anti-Quarantine Protests and Their Book Burning Father
Recent Comments
0 | Leave a Comment
Browse Our Archives
get the latest from
Nonreligious
Sign up for our newsletter
POPULAR AT PATHEOS Nonreligious
1