After this Pentecost weekend filled with literal flame throughout the United States and the grief of the people talking of Suzanne Venker feels trite and meaningless. But she is the person I get the most requests to feature here.

Who is Venker? Lori Alexander’s fan base of Red Pilling, Maga-hatted, MGTOW boys love her and her talk on gender roles. Mainly because the only way any of them will ever experience being on top is if Venker forces women to step aside. To use their own silly language they are all beta cucks hiding behind Venker’s skirts.

Venker has written relationship books that can be boiled down to Lori’s and Larry Solomon’s raison d’etat, women grovel, men lead. No rights for women to anything. Submission, submission, submission, while coming across as a hammer, not like the picture of submissive at all. Just like dear old auntie. 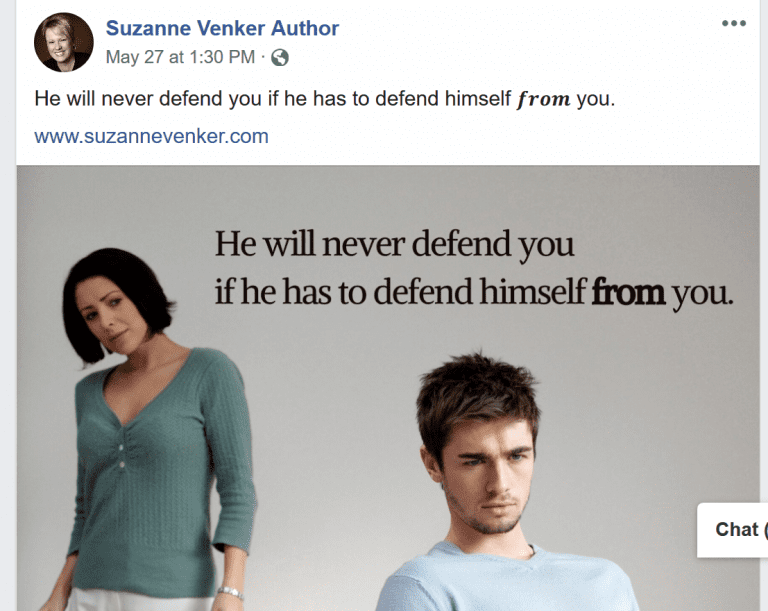 Venker also happens to have a radio show, and to be the niece and ideological granddaughter of Phyllis Schlafly. Recently Schlafly was the subject of a Hulu production, a miniseries based upon her life’s work, getting the Equal Rights Amendment to the U.S. Constitution crushed, keeping it from passing.

The show, “Mrs. America” (Spoilers!) examined Schlafly’s betrayal of her own education, personal power and agency just to try and get a foot in the door with the Republican party. It didn’t work out well for her. By dropping the subject of nuclear defense strategy, which she was educated for, to take up the banner of no rights for women was a shrewdly cynical move for a woman who was never a ‘housewife’ in the traditional sense of the word. A rich white Republican white women with an audience and a housekeeper.

Complicit in the oppression of women could also well describe Suzanne Venker’s own career.

Why is it everyone in these stay at home and raise your kids enforcer modes always have household help and private schools or tutors?

After unsuccessful runs for congress and champing at the bit to be a mover and shaker in Washington, D.C. by positioning herself in diametric opposition to the ERA movement she got the fame she craved. But not the power or the influence, learning late in the game that as she’d used the anti movement to get ahead, so had the Republican party used her.

To hear Venker speak it’s that her aunt was a great warrior in the fight for traditional womanhood instead of the player that got played. Yes, please keep telling yourself that, if it makes you feel better, but there are those of us still out here who remember what that time was like and looked upon Schlafly the same way we would a Black Klansman, or those Jews that betrayed others to the Nazis. She got just desserts.

Venker’s beat is all about how terrible it is to be a modern man, dissed, disrespected and taken advantage of by evil feminists. In Suzanne Venker’s world toxic masculinity that abuses women simply does not exist. All the abuse is from the womens side.  How horribly fitting she is the blood relative of Phyllis Schlafly. May she comes to the same bad ending having no real power or influence in this world. 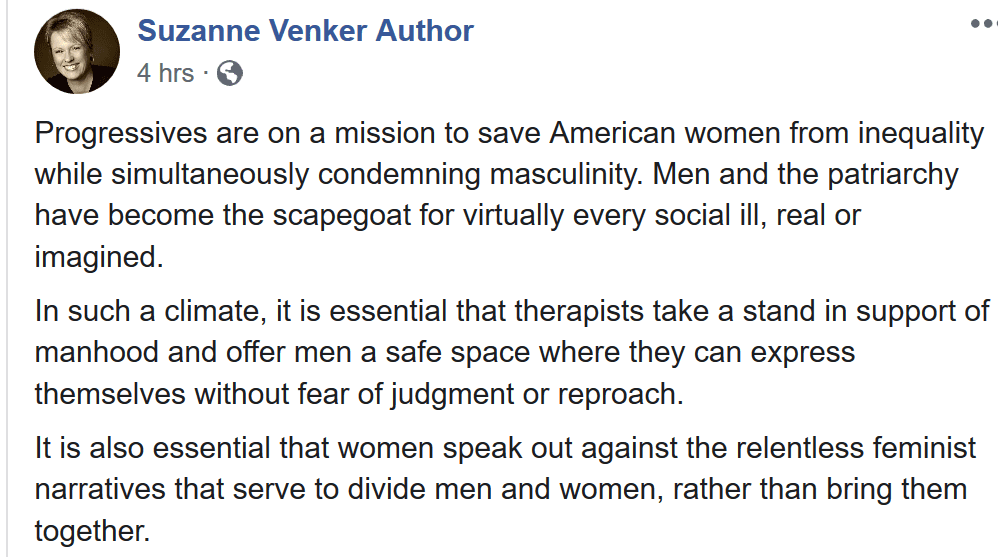 Those sound like some very weak powerless men from here…

June 2, 2020 Perilous Times, One Criminal President and a Basket of Christian Deplorables
Recent Comments
0 | Leave a Comment
"This is late, partly bc of my preoccupation and partly bc I'd been slowly reading ..."
Jennifer Serena’s Serenity – Luxury Hotel, Birthing ..."
"Thank you for your commitment to truth and love, Suzanne. Best wishes to you and ..."
Meredith Anne Not a Goodbye, More of a ..."
"For your sake, I am so glad you will no longer be editing and managing ..."
Lana Not a Goodbye, More of a ..."
"For what it's worth, I've learned a lot from you about a Very Creepy movement ..."
Gwen Pryce Not a Goodbye, More of a ..."
Browse Our Archives
get the latest from
Nonreligious
Sign up for our newsletter
POPULAR AT PATHEOS Nonreligious
1