Perilous Times, One Criminal President and a Basket of Christian Deplorables

I guess by now everyone in the known world has seen the actions and words of U.S. president Donald Trump. Some of which fall outside of what he is legally allowed to do.

For those of you in a COVID coma, or just under a rock yesterday was a watershed moment, a crossing of a terrible Rubicon in our history. Trump ordered the use of the National Guard, which he is allowed to do, to deal with the violence happening in some of the protests nationwide over the death of George Floyd. Think it’s likely this will only inflame an already dangerous situation with militarized law enforcement harming peaceful protesters.

That is not what I am talking of. Yesterday, not only did Trump authorize the National Guard to help out, he called up the U.S. Military. Right now the 82nd Air Borne and other units are  being called out to establish martial law throughout the land. Too bad this violates the Posse Comitatus law, but it looks like Trump may be able to bypass Congress and get away with it. It sets a very bad precedent to bypass congress. It sets us up for possible dictatorship and the loss of all freedoms.

But the absolute worse thing Trump did yesterday was turn tear gas and percussion grenades on religious leaders in the courtyard area of St. Johns Episcopal Church near the White House. Pastors, lay leaders and others that were handing out water to the peaceful protesters were attacked like they were criminals. Why? For this photo, so Trump could pose as a man of faith after a weekend of hiding in the White House bunker like a sniveling coward. 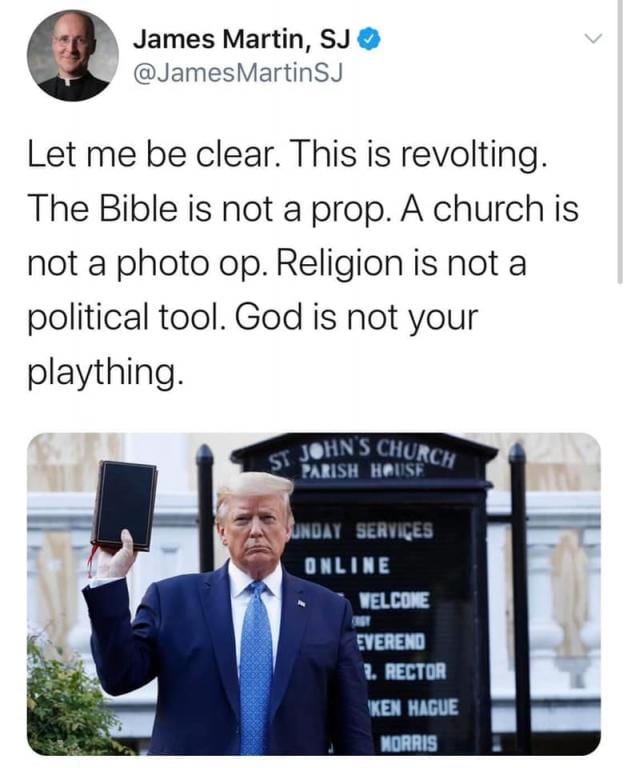 Trump harmed protestors and religious people to be able to post for a photo op with a book he’s never read, does not believe in, and will not follow.

As usual the usual gang of idiots has sounded off, like Doug Wilson, and Lori Alexander. Zsuzsanna and Steven Anderson are praising the fact that their state is open carry and trying to claim that super racist statement that ALL people are in danger of death by cop. Amazingly the others, like Nancy and Colin Campbell, are busy beating the dead horse of reopening the economy in COVID 19 times. Or the Pearls still trying to push their End of the World packages.

Anderson jumps right into the middle of things:

And this is how our freedom ends, my friends. At the hands of a petty tyrant abusing everyone in his path. With religious people making excuses for the abuse. 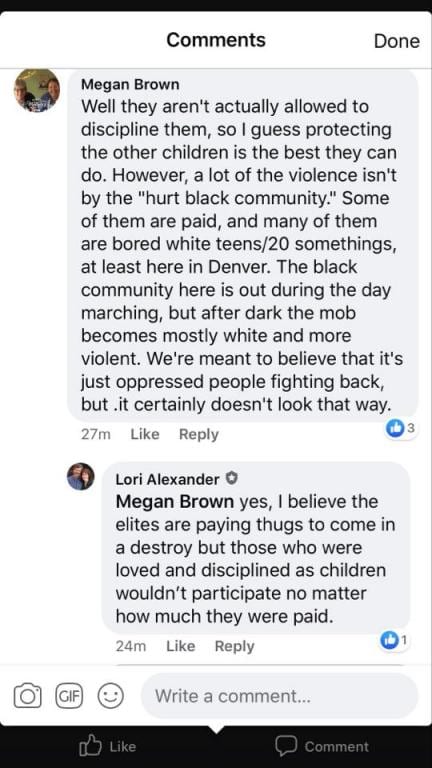 June 3, 2020 Duggar Fans and Black Lives Matter - Racism Endemic in Quiverfull
Recent Comments
0 | Leave a Comment
"This is late, partly bc of my preoccupation and partly bc I'd been slowly reading ..."
Jennifer Serena’s Serenity – Luxury Hotel, Birthing ..."
"Thank you for your commitment to truth and love, Suzanne. Best wishes to you and ..."
Meredith Anne Not a Goodbye, More of a ..."
"For what it's worth, I've learned a lot from you about a Very Creepy movement ..."
Gwen Pryce Not a Goodbye, More of a ..."
"Unfortunately, this kind of satire (if it even is satire) is what gives Christianity the ..."
Emily Is Biblical Gender Roles a Big ..."
Browse Our Archives
get the latest from
Nonreligious
Sign up for our newsletter
POPULAR AT PATHEOS Nonreligious
1

Hell in the 4th Century: Things...
Roll to Disbelieve
Related posts from No Longer Quivering