It is Never Good to Groom Your Young Wife!

It is Never Good to Groom Your Young Wife! July 17, 2020 Suzanne Titkemeyer

Larry Solomon of Biblical Gender Roles is at it again, this time about marrying the youngest woman you can get your hands on and then spanking her in an effort to control and ‘discipline’ her.

Let’s get one thing straight and out of the way. Spanking is fine in the confines of a couple where both partners consent in the bedroom. Where there is consent just about everything not illegal is fine. This is NOT that, but I wish it was so that Larry could move it to his disgustingly vanilla sex site among the many articles about how “Godly” polygamy is.

This is Larry’s idea how a wife is to be punished for stepping out of line, doing something that pissed off the mister.  Infantilizing the wife, reducing her role to lesser than him, instead of by his side as an equal partner, as stated quickly in Genesis. She exists on a continuum with animals and children that weak beta Evangelical men like to mentally wank over having imaginary power over.

Larry starts with an email he got, yet again misunderstanding that many of the emails he gets are cat fishing attempts. But he’s so easy to fool.

We aren’t even going to look at the spanking aspect of this at all. Spanking for any reason beyond consensual bedroom games is wrong always. It’s abusive. But worse than the abuse of being someone else is this idea of “Grooming” Larry goes into extreme detail about. We’re looking at “Grooming” here. Sorry it’s so long, but there is no easy and quick way to discuss this.

First Larry tries to do the typical fundytown thing, reclaim a word he claims the world/liberals misuse “Grooming”

“Merriam Webster’s Online Dictionary defines the verb definition of groom as “to clean and maintain the appearance of (an animal), to make neat or attractive, to get into readiness for a specific objective” and this fits with the traditional understanding of this word.

Notice that the classic definition of the word “Groom” applies only to animals, not living breathing human beings. My cat grooms himself. I only have to groom him when he falls in the hot tub or the time he walked through the paint because I don’t want him intaking harmful chemicals that could impact his health. This type of grooming is for the well being of the animal more than any amount of benefiting the person doing the grooming.

The grooming that occurs in sexual  abuse is entirely different. It has but one goal, to make it much easier to victimize another human. It can be of no benefit to the person being groomed. It only benefits the groomer, not the potential victim.

“But from a Biblical perspective, grooming when used in the sense of a husband conditioning his wife to be in complete subjection to him and molding her behavior to his preferences is not evil or immoral. But rather, these actions are righteous, holy and required of husbands by God.

Remember that Merriam Webster’s Online Dictionary definition of grooming was “to clean and maintain the appearance of (an animal), to make neat or attractive, to get into readiness for a specific objective” and now let’s compare that definition to what the Bible calls husbands to do toward their wives in Ephesians 5:25-27:”

Larry is referencing the scripture here of washing your wife in the word to present her spotless and unwrinkled as his justification for using the word ‘grooming’ and to spank her. That’s not at all what this scripture means. I’ve heard many sermons that this washing in the water speaks more to how the husband treats the wife, being Christ-like, not Christian Grey-like from those “50 Shades” novels. He keeps using the word “grooming” over and over in this piece too. Shock value.

Larry establishes three prerequisites for spanking discipline, the last being that the woman be young:

Even if you are both Biblicist Christians, age is a major factor in a man grooming his wife. I have consistently heard from mentoring couples I have spoken with that the grooming of a bride has the most success in women under the age of 25. After that the chances of success radically fall, even with believing wives. I was given examples of Christian wives in their 30s and 40s trying to get into these mentoring programs. At the beginning of the program they really seemed like they wanted to change, but in the vast majority of the cases they exit the programs not long after entering them when they cannot make the changes necessary.

Welp, more coded language that boils down to ‘Old enough to bleed, old enough to breed’ mentality that these guys are all about. Larry has stated before that marriage needs to take place very early to keep females submissive and sweet. He does not go as far as Vaughn Ohlman in stating that the second you have breasts you should marry, but that is the true underlying message here.

“Finding a wise and godly man to mentor you will be crucial to helping you as you seek to groom your young bride.”

Another very sick and twisted thing about this culture is that you must share your cruelty just so someone else can slaver over it. Mental masturbatory materials for someone else. This drives a lot of the confession culture that surrounds this type of Christian cult behavior. He wants the rubber stamp of “A-Okay!” from another man, on something not so okay.

So, what are some practical ways that you can groom your wife into the glorious wife you want her to be?

This is exactly the same thing as the sexual abuse grooming that Larry decries early on this piece. This is grooming, Larry is setting up the young woman for abuse by denying what grooming actually is to use the same grooming techniques.

“A Christian wife’s grooming, her God ordained subjection to her husband, is never complete until she has been groomed to be loving, pleasant and completely sexually satisfying to her husband.”

How is this any different than the grooming a child molester does to a target? It’s not, this is exactly the same thing, manipulating someone into doing something against their own will to force compliance and modify behavior. 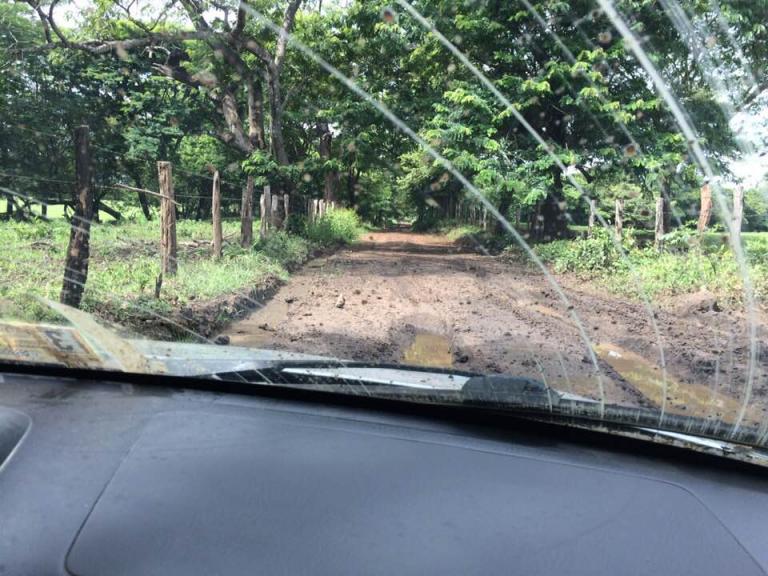 All of this just reminds me that there are always better ways to treat humans and animals. On Tuesday I got my 4 wheel drive SUV stuck in the mud of a back road. While waiting for the tow truck a very nice man, and his small grandson arrived on horseback. The horse was beautifully groomed in the only way that grooming can be positive, glossy brushed coat. His mane and tail neat and trimmed. Well shod and trimmed hooves.

You know what else this lovely horse was? Completely gentle and trustworthy, a true partner to the nice elderly gentleman riding him. This horse did not have on a bit, or a bridle, or heavy cinched saddle.  He wore only the thinnest rope, not even enough to slightly control him, just enough to indicate which way the rider wanted to go.

Stuck in the mud, petting this gentle horse and talking to his owner I was reminded yet again how little control we actually have over others and our circumstances. Isn’t it better to inspire those around us to be their best and brightest without fear of harm? Larry is missing that it’s way better  to inspire the best instead of fear.

I got ‘groomed’ when I got home, hosed off by my husband because I had mud head to toe. That is the only type of grooming a husband should render towards a beloved wife!

July 18, 2020 Rodrigues Comparisons and That Wedding
Recent Comments
0 | Leave a Comment
Browse Our Archives
get the latest from
Nonreligious
Sign up for our newsletter
POPULAR AT PATHEOS Nonreligious
1