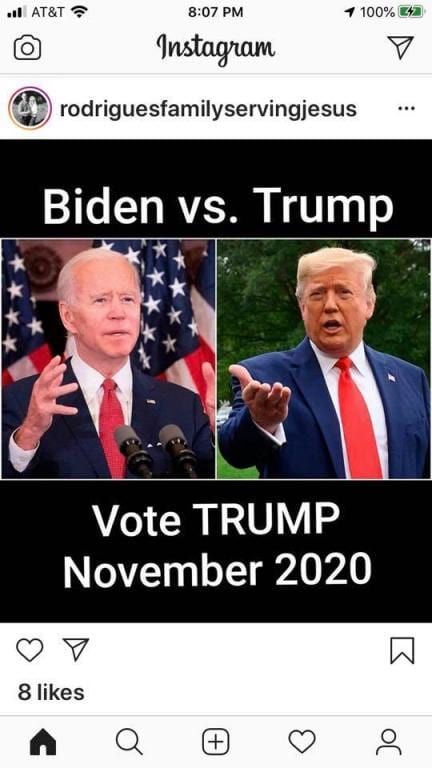 Here we are, on the eve of one of the most crucial presidential elections of all time, and many in Quiverfull Evangelical realm are coming out of the woodworks to urge others to vote for Trump. Even in the wake of some rather awful reveals.

Michael Cohen’s book “Disloytal” was released, and he told of Trump’s willful manipulation of the Evangelical Christians. Apparently Trump thought they were all nuts, and laughed with Cohen over their beliefs, which he considered unreal.

“In his memoir Disloyal, excerpts of which have emerged in the last few days, Mr Cohen calls Mr Trump “a cheat, a liar, a fraud, a bully, a racist, a predator, a con man” – and describes him tearing into one of his most loyal constituencies after a group of Christian leaders prayed over him.

Several days ago Cohen bragged on his Twitter feed that he had exploded Evangelical support for President Trump. I had to reply, ‘not so fast, buddy!’ What Cohen and others do not understand about the world of Evangelical Christians is once they latch onto an idea or hero they cannot be swayed with any amount of evidence, or facts.  In the time since his big reveals we see the Loris, the Nancys and the Jills doubling down on their support of the reelection of Donald Trump.

Even the release of Bob Woodward’s book “Rage” did nothing to erode the enthusiasm of his Evangelical base. They literally do  not care that Trump lied about the Coranavirus, and what he believed about it. That he willingly put the lives of millions of Americans at risk. They have been told by Jerry Falwell Jr. and others they look up to that Trump is God’s choice, and so he is theirs, none of that pesky thinking or logic involved. Pull the lever and grin like a fool.

Even the revelations that it is likely ICE and the administrations is giving immigrant women unwanted hysterectomies does not phase these people. People who claim to be all about large families and every possible baby born. Oh yeah, I keep forgetting “white” babies only.

Jill Rodrigues has been especially vocal, here are just a few of her many recent Instagram support posts.

Making fun of Pelosi for  being unmasked at a salon while driving her circus of unfed plague rats around the midwest is especially hypocritical. Not even close to the same thing. Pelosi should have worn a mask.

Nowhere in the Bible does it expressly state that one is obligated to vote, or participate in politics. This is a matter of personal choice.

But what do you expect from someone that uses her sister’s accident as an attempt to get attention? Recently she posted about her sister and stated something at the very end that was completely inappropriate and horrifying, speaking to her very narcissistic problematic behaviors.

Yes, for some odd attention whoring reason Jill is trying to get pregnant so that she and her twenty something daughter can be pregnant together. This is the level of intellect we’re dealing with, that has influence over others. I would not trust this woman to care for a hamster, or even know how.

About Suzanne Titkemeyer
Suzanne Titkemeyer went from a childhood in Louisiana to a life lived in the shadow of Washington D.C. For many years she worked in the field of social work, from national licensure to working hands on in a children's residential treatment center. Suzanne has been involved with helping the plights of women and children' in religious bondage. She is a ordained Stephen's Minister with many years of counseling experience. Now she's retired to be a full time beach bum in Tamarindo, Costa Rica with the monkeys and iguanas. She is also a thalassophile. She also left behind years in a Quiverfull church and loves to chronicle the worst abuses of that particular theology. She has been happily married to her best friend for the last 34 years You can read more about the author here. You can read more about the author here.
Previous Post