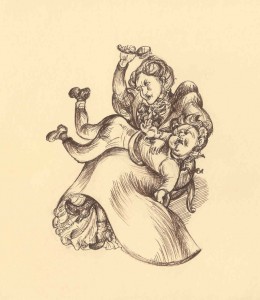 I wrote in several of my childhood journals that I would never spank my kids. The shame and frustration I had experienced was enough to convince me it was ineffective and harmful. But somehow by the time I was an adult I had changed my position again. Part of my reason was the major denial of any issues in my childhood. I felt like acknowledging painful things from my past would be a betrayal of my parents, and I loved them and wanted to be loyal to them. So I continued to pretend that nothing had ever been wrong, and tried to prove that to myself.  I was also a very conservative Christian, and every parenting book I read was written from that punitive perspective. One of them was “To Train up a Child” by Michael and Debi Pearl. The introduction to the book includes this passage:

“I have had children in my house that would be enough to give an electric wheat grinder a nervous breakdown. The parents look like escapees from a Second World War, Polish boxcar. Another hour with them, and I would have been searching the yellow-pages for discount vasectomies. While we try to sit and talk, the children are constantly running in and out of doors, complaining of ill treatment from the others, begging to go or stay or eat, or demanding a toy that the other children will not relinquish. The mother must continually jump up and rescue some breakable object. She says, “No” six-hundred and sixty-six times in the space of two hours. She spanks each child two or three times–usually with her hand on top of a diaper. Other than misaligning the child’s spine, it seems to have no effect.

When we speak of consistently rewarding every transgression with a switching (not a karate chop to the lower backbone), this mother can only see herself as further brutalizing children for whom it will do no good. Her discipline is just “laying down a field of fire” to give herself sufficient cover to get through to the next task. She doesn’t hope to conquer their wills, just create enough diversion to accomplish her own mission.

Another mother walks in with her little ones and sits down to talk. She says to them, “Go out in the sun-room to play and don’t bother Mama unless you need something.” For the next two hours we are not even aware the children are present–except when a little one comes in holding herself saying, “Pee-pee, Mama.” They play together well, resolve their own conflicts and don’t expect attention when one turns the rocking horse over and gets a knot on her head. They don’t come in and out–they have been told not to. This mother never spanked her children while at my house. And she never needed to rebuke them. She looks rested. When the children are called to go home, one says, “Mama, can I stay and play with Shoshanna?” Mother answers, “No, not today. We have work to do at home.” As he lifts his arms, the little fellow is picked up. Hugging his mother’s neck, he says, “I love you Mama.”

This young mother said to me, “My children want to please me. They try so hard to do everything I say. We have such fun together.” She is looking forward to more children.”

This is the contrast I saw again and again in these books.

Mother who cares enough to discipline her kids correctly by rewarding every single infraction with a swift switching: Relaxed, well rested, happy, has kids who love her.

Many of these books even warned that children would grow up to reject God if their parents were not properly authoritative. I wondered if this was true. As a Christian, it was very important to me that my children came to faith in Christ as I had. Was refusing to spank worth that risk? Perhaps my parents had had the right idea, but just hadn’t implemented it as well as they could have. Or perhaps I was just remembering incorrectly, I mean what child would enjoy getting spanked anyway; I told myself I was probably over reacting. My parenting was going to be different. I was determined to do it perfectly. My goal was to be so consistent with my discipline that they would be well-behaved and never need spankings past the point of about 7 or 8 years old. I read as many Christian parenting books as I could get my hands on, I was going to do this right.

I was parenting punitively out of fear. Fear that my kids would reject my faith, fear that they would be unruly and misbehaved, fear that I wouldn’t be able to handle how many children I was going to have, or how closely spaced they were turning out to be. I clung to the promises from these books, and the people who used them. If I only followed their system correctly, I would be happy, well-rested, with well-behaved kids who would love me. I would have kids who wanted to please me. I would love being a mom.

I had other fears too, that I tried not to acknowledge. Fear that I was doing it wrong, whenever a day went badly I worried that I was not following the instructions correctly. I was afraid of the day that a couple of swats would not be enough to command compliance and respect from my kids, I never wanted to end up in a spanking war with a child, devolving into those rare but traumatizing marathon type spankings that I remembered from childhood.

The 3 year anniversary of when I quit spanking my kids, passed in August. I can hardly believe it. I used to think it was impossible to parent without spanking, and now I cannot imagine going back to that. I’ve written how this decision has changed my life, and what affects I have seen in my own life and the lives of my children, but something else has happened gradually that I have only begun to notice. The decision to quit spanking has taught me what it means to love unconditionally.

The underlying premise in all of those Christian parenting books I read as an expectant young mom, was that kids who did not act a certain way were unlovable. Children who were not properly controlled were exhausting and life-draining.  The parents had no time to themselves and were stretched to their limits and beyond, pretty much every day. Even a short time spent with children like this was enough to make anyone rethink being a parent. While supposedly, if a parent spanked their children into being godly, parenting was a breeze, moms had tons of time to care for the kids they had and plenty left over to dream about the many future babies they were going to have.

This mentality stressed that a good child, a child worth having, a child worth loving, would be well mannered, calm, compliant and quiet. Children who were energetic, or ever manifested moodiness, anger or resistance to the parents agenda, was a child who was bad, a child you wished you’d never had, a child who was impossible to love. And the power to have either child was in your hands, in the form of a switch. This sets the parent up for a repeating cycle of feeling like a failure every time their child is normal. Yes, I said normal. Because I don’t know anyone, not even a mature adult, who is well mannered, calm, compliant and quiet all the time.

When I first quit spanking, I had to fight the urge to punish my children every time they weren’t “good” children. It took a long time for me to get past that fear and realize that I could love children that were not perfect.

Now the line at the end of the section I quoted from the Pearls child training book makes me feel sick.

“My children want to please me. They try so hard to do everything I say. We have such fun together.”

I no longer have to set conditions on my love; I can love and accept my children for who they are regardless of how well they perform on any given day. And yes, some days go very smoothly and that is nice. And other days are more challenging, and that is OK too. I have learned that I don’t always have to be ecstatic every single moment, sometimes I will be tired or moody myself, and that is OK.

I have a hard time putting that relief into words.

Please take some time to go to Olive Branch Blog and read about other parents who made the choice to stop using corporal punishment in their homes, many of them have been brave enough to share their stories publicly. 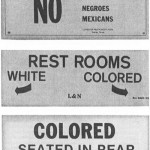 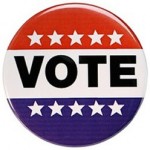