Are You Scared of Spirituality?

Are You Scared of Spirituality? November 22, 2011 Fr. Dwight Longenecker 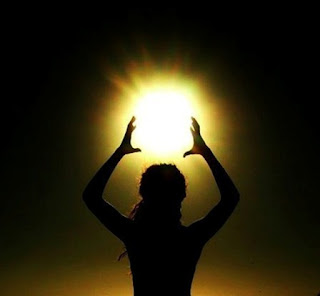 But I think we’re a little bit scared of spirituality. If my hunch is right, then there are some good reasons for it. Over the last fifty years of the revolution in the Catholic Church ‘spirituality’ has developed a bad reputation. Catechesis which should have focused on doctrine focused on ‘relationships’ instead. People substituted sentimentality for spiritual direction and relativity for true religion.

Sister Sandals and Father Folkmass wanted to make the faith ‘relevant’ and so they began to explore Buddhism and labyrinths and ‘earth religions’ and ‘feminist spiritualities’. Spurred on by spurious psychologies they were all about ‘self discovery’ and their favorite mantra became, “The kingdom of God is within you” which they interpreted as “You are the kingdom of God” or “Whatever turns you on baby. That is the kingdom of God.”

The problem is that they were not properly grounded and rooted in real Catholicism. They  went off on some New Age tangent and cut themselves off from the riches of the church. In their attempt to affirm they couldn’t resist denying. They couldn’t be content to snoop through other religions and spiritual traditions and perhaps glean something from them or allow the other perspective to lighten their way a little. In their enthusiasm they had to throw out what they had, and adopt something totally alien to the Catholic faith.

Consequently those who want to be faithful Catholics have swung back the other way. ‘Spirituality’ is now associated with nuns dressed in overalls and priests in jeans either conducting workshops on ‘Channelling your Spirit Guide’ or ‘the Wild Man’s Journey ‘ which means getting naked and howling at the moon in a sweat lodge.

At the same time the ‘renewal movement’ took Catholics in yet another direction–one which was also subjective, sentimental and suspiciously un-Catholic. Catholics who were not taken over by New Age Nuns and Flakey Friars were captivated by ‘gifts in the Spirit’ and ‘healing ministries’ and ‘signs and wonders’.

Still others substituted social activism for spirituality. It was all about justice and peace and making the world a better place. The spirituality of social struggle became their prayer.
No wonder ordinary Catholic became suspicious, and for ‘spirituality’ the conservative Catholic is more likely to resort to the tried and true classic Catholic spiritual writers and devotional practices.

Don’t get me wrong. I’m not down on St Francis de Sales or St Louis de Montfort. I’m all for novenas and scapulars and all that good stuff. However, there is also room for a more creative spirituality–a truly Catholic spirituality that is rooted in Scripture, the magisterium and the lives of the saints, and yet is also creative, positive and which connects with ordinary people alive in our world today.

The religious climate being what it is, I suspect that anything new and ‘creative’ will be met with suspicion by ‘conservative Catholics.’ That’s okay. But at the same time, we do need to be open to the Holy Spirit and seek new ways to share not only the apologetical arguments and doctrinal and moral teachings of the church, but also a spirituality that touches people’s lives and deepens their commitment to Christ and his church.

The faith does need to come alive and there’s nothing wrong with seeking ‘the encounter with Christ’. The tragedy is, the more conservative Catholics retreat from this sort of religion and remain suspicious of it, the more we will find ordinary Catholics tootling off to find what they are searching for elsewhere. Therefore we must help the faithful find that ‘real religion’ by digging deep and discovering all the riches of the church–the riches of theology, liturgy, art and architecture, literature, prayer and poetry, meditation, contemplation and a life truly alive in Christ.

November 22, 2011 Understanding Cecilia
Recent Comments
0 | Leave a Comment
"Catholicism has always defined the ideal but there are no limits on God's mercy and ..."
Guest Tony Palmer: Is There Salvation Outside ..."
"With all due respect, Shaun, are you relegating the actual Faith to whatever the local ..."
PGMGN Notes on Tony Palmer’s Funeral
"There are good parking valets and bad parking valets. There are good housesitters and bad ..."
Elliot Bougis The Case for Conversion to Catholicism
"did you vote for Bush Fr Longenecker? would you have?"
Petey Understanding Iraq
Browse Our Archives
get the latest from
Catholic
Sign up for our newsletter
POPULAR AT PATHEOS Catholic
1

I Have Decided to Believe In...
Steel Magnificat
Related posts from Fr. Dwight Longenecker