Abortion for a Better Complexion? 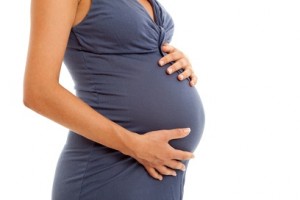 I’ve just had this incredible contribution to the blog combox:

As a single career woman who hopes one day to have children, I like to keep my reproductive system toned like the rest of my body. I try to get pregnant at least once a year but always try for twice, I think that’s better. I usually wait until just after the first trimester to abort. I always feel and think I look so much better after. My skin looks younger, I have more energy. My menses are more regular and with less cramping. My doctor says everything is tip top and ready to go.

I hope this is some kind of a sick joke, but is it possible that this is authentic? The woman intentionally gets pregnant to “keep her reproductive system toned”?? She then kills the unborn child and then feels and looks better and her doctor approves of this bizarre and gruesome therapy?? Baby killing for better skin??

Is this what it’s come to? A woman gets pregnant in order to achieve the famous “bloom” of pregnancy but kills the baby only to do it again the next year? Then she plans one day to have children and be a mother? What kind of a mother would such a child killer be? It’s incomprehensible.

Allow me to play the Bible thumper here, but St Paul outlined the desperately wicked state that we are in very clearly in the first chapter of the Book of Romans:

For although they knew God, they neither glorified him as God nor gave thanks to him, but their thinking became futile and their foolish hearts were darkened. Although they claimed to be wise, they became fools and exchanged the glory of the immortal God for images made to look like a mortal human being and birds and animals and reptiles.

Therefore God gave them over in the sinful desires of their hearts to sexual impurity for the degrading of their bodies with one another. They exchanged the truth about God for a lie,and worshiped and served created things rather than the Creator—who is forever praised. Amen.

Because of this, God gave them over to shameful lusts. Even their women exchanged natural sexual relations for unnatural ones. In the same way the men also abandoned natural relations with women and were inflamed with lust for one another. Men committed shameful acts with other men, and received in themselves the due penalty for their error.

Furthermore, just as they did not think it worthwhile to retain the knowledge of God, so God gave them over to a depraved mind, so that they do what ought not to be done. They have become filled with every kind of wickedness, evil, greed and depravity. They are full of envy, murder, strife, deceit and malice. They are gossips, slanderers, God-haters, insolent, arrogant and boastful; they invent ways of doing evil; they disobey their parents;  they have no understanding, no fidelity, no love, no mercy.  Although they know God’s righteous decree that those who do such things deserve death,they not only continue to do these very things but also approveof those who practice them.

I hope the comment was just some kind of sick attempt to bait me, but there is so much weird and terrible stuff out there right now that frankly, nothing would surprise me.

August 15, 2013
Mrs Brady on the Assumption of the BVM
Next Post

August 20, 2013 Will Many Be Saved?
Recent Comments
0 | Leave a Comment
"Catholicism has always defined the ideal but there are no limits on God's mercy and ..."
Guest Tony Palmer: Is There Salvation Outside ..."
"With all due respect, Shaun, are you relegating the actual Faith to whatever the local ..."
PGMGN Notes on Tony Palmer’s Funeral
"There are good parking valets and bad parking valets. There are good housesitters and bad ..."
Elliot Bougis The Case for Conversion to Catholicism
"did you vote for Bush Fr Longenecker? would you have?"
Petey Understanding Iraq
Browse Our Archives
get the latest from
Catholic
Sign up for our newsletter
POPULAR AT PATHEOS Catholic
1