Do Catholics Believe in Ghosts? 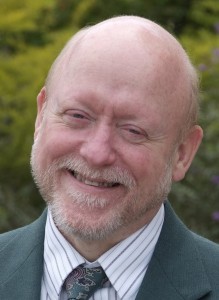 from Guest blogger Paul Thigpen. Paul Thigpen PhD. is an editor at TAN books and the author of hundreds of article and dozens of books on the Catholic faith. His book of prophetic prophecy–The Burden– is a powerful pointer to the perilous times we live in with a passionate call to repentance. Learn more about The Burden here.

When I used to edit the national magazine called THE CATHOLIC ANSWER, this time of year, with the approach of Halloween, we always received the same question from our readers: What about ghosts? Do they fit into Catholic belief?

Some may quickly scoff at the idea as fanciful or superstitious. But belief in ghosts seems to have been universal across human cultures from the beginning of recorded history, and it’s based at least in part on countless reports that the living have in fact encountered them. Given the special significance that genuine ghostly phenomena would have for theology, Catholics should not so easily dismiss the possibility.

Our first task is to address the fundamental issue here: Do ghosts in fact exist? To answer that question we must define “ghost.”

According to Webster’s, the word means “the soul of a dead person, a disembodied spirit.” That seems to fit best the popular use of the term, so we’ll accept it as a working definition. We should keep in mind, then, that in the present discussion, “ghost” does not refer to an angel or demon, a poltergeist or even an extraterrestrial. Rather, it’s that part of a human being which is not corporeal (bodily), and which has been separated from the body through death.

With this definition, Catholics should readily affirm that ghosts do indeed exist. After all, it’s a fundamental part of Catholic belief that the human being is a union of soul and body; that at death, the soul and body are separated; and that after death, though the body usually decays, the soul survives, awaiting the Last Judgment, when the body will at last be raised and reunited with the soul.

From a Catholic perspective, then, not only the souls in hell and purgatory, but also the saints in heaven can be called ghosts (with the exception of Our Lady, who is not a disembodied spirit because her body was assumed with her soul into heaven). The question for Catholics, then, is not whether ghosts truly exist. They do. The more pressing question is whether disembodied human souls, in the present time before the Last Judgment, are able to manifest themselves to those still alive on earth.

Can the dead appear to the living? Scripture shows that they can. The clearest biblical example of a ghostly apparition is the Gospel account of Our Lord’s transfiguration on the mountain, when Moses (who had died centuries before) appeared to Jesus and three of His apostles, conversing with Him. (See Mt 17:1–3. We don’t include Elijah in this passage as a “ghost” because Scripture seems to indicate that he had not died, but rather had taken his body with him when he left the earth; see 2 Kgs 2:11–12).

In the Old Testament, one debated example of a ghostly visitor is that of the deceased prophet Samuel, who appeared to King Saul (see 1 Sm 28:3–20). Some have concluded that the apparition was actually a diabolical counterfeit, since it took place at the bidding of a necromancer (what today would be called a “channeler”) outlawed by God. However, because the scriptural text itself refers to the spirit repeatedly as Samuel, St. Augustine and other authoritative interpreters have insisted that it was indeed his ghost and not a demon.

If we consider as well ghostly visitations in dreams or visions, then we can also cite the biblical story of Judas Maccabeus. He had a vision of Onias, a deceased high priest, praying for the Jews. (This is, by the way, also a scriptural example of the saints’ intercession for the living). Onias was followed in the vision by the deceased prophet Jeremiah, who spoke to Judas and gave him a golden sword (see 2 Mc 15:11–16).

Beyond the examples in Scripture, numerous accounts of ghostly appearances have come down to us in Catholic tradition since biblical times. The sixth-century Pope St. Gregory the Great, for example, recounted several such instances in his famous Dialogues. For Gregory as for St. Augustine and other Doctors of the Church, ghostly apparitions certainly had their place in a Catholic view of the world.

According to these reports, sometimes the deceased figure who appeared was a recognized saint. At other times, the apparition was of a recently deceased holy man or woman who came to help the living. In still other accounts, a troubled soul, presumably undergoing the purgatorial process, came to ask the help of those still on earth.

No doubt many such stories can be viewed as pious legend or superstition, hoax or hallucination. But some of them are difficult to dismiss. The more compelling accounts come to us from multiple witnesses of clearly sound mind and impeccable character, and they often date from quite recent times, firsthand accounts with no possibility of legendary accretions. Among these would be some of the well-known postmortem appearances of St. Pio of Pietrelcina (Padre Pio, 1887–1968).

One well-authenticated story comes from St. John Bosco (1815–1888). As a seminarian, St. John once recalled, he had agreed with a fellow student named Comollo that whichever of the two died first was to give the other some indication concerning the state of his own soul. Comollo died April 2, 1839, and on the night after the funeral, the “indication” came.

Along with twenty other theology students gathered in the same room, John suddenly heard a mighty and sustained roar that shook the building. Then they watched as the door opened violently of its own accord. A dim light with changing color appeared, and a voice was clearly heard: “Bosco, Bosco, Bosco, I am saved …”

“For a long time afterwards,” St. John concluded his recollection, “there was no other subject of conversation in the seminary.”

Why Do They Appear?

In the late nineteenth and early twentieth centuries, a number of respected Catholic scholars collected many reliable accounts of ghostly phenomena, gathered from contemporary eyewitnesses and official police and medical documents. Read More.

October 31, 2013 Becoming Who We Are
Recent Comments
0 | Leave a Comment
Browse Our Archives
Related posts from Fr. Dwight Longenecker