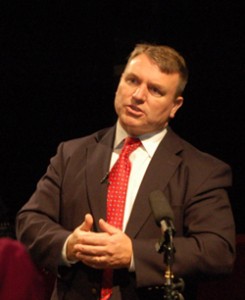 Having just had lunch with Joseph Pearce today I was pleased to bump into this article of his for Catholic World Report. It chronicles the large number of converts to the Catholic Church because of C.S.Lewis. New York Times journalist Ross Douthat puts it most succinctly: “First your start reading, C.S.Lewis and that leads you to Chesterton, and then you’re Catholic.”

The great American literary convert Walker Percy, commenting on the numerous converts who had come to Catholicism through the writings of Lewis, remarked that “writers one might expect, from Aquinas to Merton,” are mentioned frequently as influences, “but guess who turns up most often? C.S. Lewis! – who, if he didn’t make it all the way, certainly handed over a goodly crew.”

Pearce goes on to name the goodly crew. Read the article. You might spot a few familiar faces…