The Story of Thomas More’s Beard

Go here for the four best Catholic beards…From the article here is the story of St Thomas More’s beard:

Henry VIII condemned St. Thomas More to death after he refused to deny papal supremacy. More had been confined in the Tower of London for over a year (hence the beard, and why it’s not pictured). As the executioner lifted his axe, More asked him to wait. The blindfolded saint-to-be carefully laid his beard on the outside of the block, out of the executioner’s path. “This hath not offended the king,” he quipped, thus protecting his beard from the blade.

Then the axe fell.

You read that correctly. His last words before beholding the Beatific Vision were a beard joke.

I have given my razors a rest for November like many other men. Here’s the result: 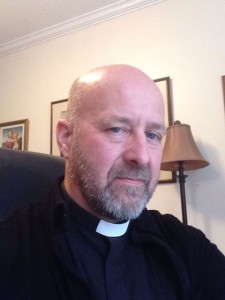 November 21, 2013
The Relentless Protestant Pursuit of Progress
Next Post