The Five Stages of Persecution

Seeing the rise of persecution against Christians in Iraq, the far East and Africa, Mgr Pope has a great archived article here on the five stages that precede outright persecution. Can it happen in the USA – land of religious freedom? Mgr Pope observes the five stages.

Basically as the stereotype goes, Catholics and Bible believing Christians are a sad, angry, boring, backward and repressed lot. To many who accept the stereotyping we are a laughable, even tragic group, caught in a superstitious past, incapable of throwing off the shackles of faith.

II. Vilifying the targeted Group for alleged crimes or misconduct, – As the stereotyping grows in intensity, Catholics and Christians,  who did not toe the line in the cultural revolution were described as, close-minded, harmful to human dignity and freedom, intolerant, hateful, bigoted, unfair, homophobic, reactionary and just plain mean and basically bad people.

The History of the Church is also described myopically as little more than bad and repressive behavior as we conducted crusades, inquisitions, and hated Galileo and all of science. Never mind that there might be a little more to the story, or that the Church founded universities, and hospitals, was the patron of the arts, and preached a Gospel that brought order and civilization to divided and barbarous time in the aftermath of the Roman Empire. Stereotyping will hear little of that, or, if it does, it will give the credit to anything or anyone but the Church and the faith.

III. Marginalizing the targeted group’s role in society – Having established the (untrue) premise that the Church and the faith is very bad, and even harmful to human dignity and freedom, the next stage seeks to relegate the role of the Church to the margins.

To many in secularized culture, religion must go. They will perhaps let us have our hymns etc. in the four walls of our churches, but the faith must be banished from the public square.

In this stage it becomes increasingly unacceptable and intolerable that anyone should mention God, pray publicly or in any way bring their Christian faith to bear on matters of public policy. Nativity sets must go, out with Christmas trees, even the colors green and red at “holiday time” are banished from many public schools.

IV. Criminalizing the targeted group or its works – Can someone say HHS mandate?

But prior to this egregious attempt to violate our religious liberty there have been many othertimes we have had to go to court to fight for our rights to openly practice our faith. Increasing litigation is being directed against the Church and other Christians for daring to live out our faith.

Some jurisdictions have sought to compel Catholic hospitals and pro-life clinics to provide information or referrals for abortion, to provide “emergency contraception” (i.e. the abortifacient known as the morning after pill), Several branches of Catholic Charities have been de-certified from doing adoption work because they will not adopt children to gay couples. The State of Connecticut sought regulate the structure, organization and running of Catholic parishes in 2009. And recently a number of Christian valedictorians in various states have suffered legal injunctions when it was discovered that they would dare to mention God, and Jesus in their talk. (More HERE) 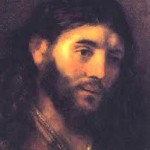 July 31, 2014 All That Really Matters is How Much You Love Jesus?
Recent Comments
0 | Leave a Comment
"Catholicism has always defined the ideal but there are no limits on God's mercy and ..."
Guest Tony Palmer: Is There Salvation Outside ..."
"With all due respect, Shaun, are you relegating the actual Faith to whatever the local ..."
PGMGN Notes on Tony Palmer’s Funeral
"There are good parking valets and bad parking valets. There are good housesitters and bad ..."
Elliot Bougis The Case for Conversion to Catholicism
"did you vote for Bush Fr Longenecker? would you have?"
Petey Understanding Iraq
Browse Our Archives
get the latest from
Catholic
Sign up for our newsletter
POPULAR AT PATHEOS Catholic
1