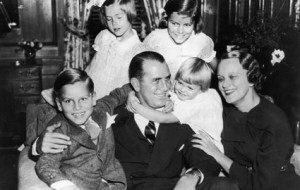 Here is my latest article for ZENIT asking whether admitting married men to the priesthood will solve the crisis in vocations.

It would certainly seem, at first glance, to solve a lot of problems, not only in the developed countries where, arguably, the mandatory vow of celibacy is one of the greatest deterrents to increased vocations, but it would also be a great help in Africa where celibacy is culturally unheard of. It might also help to solve some problems of the modern priesthood in the West. So many of our priests are isolated and alone and a huge number of problems surround the men who struggle with celibacy. So is the answer to allow married men to be ordained?

Not necessarily. Having married priests would certainly help the vocations crisis, and married men might relate better to married people. However, believing that married priests are the answer assumes that they are mature, happily married men. With a bit of reflection we can all see that marriage in and of itself does not automatically make a man mature, self giving and happy.

I am researching this whole question at the present time for a new book, and believe me–it’s not simple! Both those who are fervently in favor of married priests and those who are against push their arguments too far and end up ruining their position. Not many people are able to get past their ideological objections one way or the other and think it through.

…and what about him having a big family?

July 8, 2014 Tough Love and the Sacred Heart
Recent Comments
0 | Leave a Comment
"Catholicism has always defined the ideal but there are no limits on God's mercy and ..."
Guest Tony Palmer: Is There Salvation Outside ..."
"With all due respect, Shaun, are you relegating the actual Faith to whatever the local ..."
PGMGN Notes on Tony Palmer’s Funeral
"There are good parking valets and bad parking valets. There are good housesitters and bad ..."
Elliot Bougis The Case for Conversion to Catholicism
"did you vote for Bush Fr Longenecker? would you have?"
Petey Understanding Iraq
Browse Our Archives
get the latest from
Catholic
Sign up for our newsletter
POPULAR AT PATHEOS Catholic
1