“To be deep in history is to cease to be Protestant” wrote Bl. John Henry Newman.

. It’s a masterful piece of scholarship which examines the early church’s views on marriage for the clergy.

As a fringe benefit I’m also getting a refresher in church history, and as we hop, skip and jump over the Christological heresies in the early church it’s interesting to note how these same problems are with us today–often not identified. Furthermore, what we believe affects how we behave. When Christians have a wrong understanding of their faith it has consequences.

It took three hundred years for the church to finally hammer out a precise theological definition of who Jesus Christ really is. It was codified by the Bishops and priests who attended the great council of Nicaea in 325 which was called by the Emperor Constantine and which all Catholics recite every week at Mass.

The Council of Nicaea was called to counter the heresy of Arianism. Arius was a priest from Alexandria in Egypt, and he taught that Christ was not co-equal with God, but was a created being. He thought Christ was created by God before the world began. His views therefore not only denied the divinity of Christ, but also destroyed the doctrine of the Holy Trinity.

Arianism was at first a highly theological and metaphysical concept concerned not so much with the denial of Christ’s divinity, but an attempt to preserve the transcendence and unity of God. In the end, Arius had to conclude that Jesus Christ the Son of God was a demi-god–and therefore a created being. The argument focussed on two Greek words: homoousias, the Son is of the same essence as the Father, and homoiousias, the Son is of similar essence as the Father. The Nicene creed uses the word first word “homoousias” meaning one of substance with the Father, and so we say today, “Consubstantial with the Father.”

Arianism is a refined heresy which deals in arguments about the nature of God and his relationship to Christ. It is rare today, but the practical result of Arianism: “Jesus is a created being” was expressed more openly in the ancient heresy called  Ebionism. Ebionites taught that Jesus is just an ordinary mortal.  The Ebionites were Jewish Christians in the early church. The Ebionites rejected the virgin birth, regarding Jesus as a man normally born of Joseph and Mary; they held he was the predestined Messiah, and in this capacity he would return to reign on earth. There are plenty of “Ebionites” around today. Everybody who says Jesus was just a good man or one prophet or holy man or good religious teacher among many.

Although they believe in the Virgin Birth, Muslims relegate Jesus Christ to being no more than a created being. The Church of Jesus Christ of the Latter Day Saints (Mormons) do the same. In their denial of the Trinity the Unitarians also deny the divinity of Christ.

On the popular level Ebionism is everywhere around us. For many people in our society Jesus Christ is no more than a good teacher or a martyr for his cause. Indeed, sad to say, a large number of Christians and I expect a very large number of Catholics would have the same understanding of Jesus. Despite the fact that we recite the Nicene Creed every week it goes in one ear and out the other. “God from God. Light from Light. Very God of Very God. Consubstantial with the Father….” The words of the creed hammer home the truth.

Semi-Arianism was the view that Christ was “similar” to God but not of the same substance. Again, in popular modern terms you find theologians who will say things like, “Jesus was so perfect a human being that he shows us what God is like.” or “We say that Jesus is divine because the things he did reflect the image of God in which we are all created.” This is a typical modernist interpretation of the doctrine of the incarnation which is prevalent in many pulpits.

If all of that is true, then we are stuck here as human beings looking for the best of the good teachers or the most convincing of ideologies to follow. If Jesus is just a good teacher and not the Redeemer, the Savior of Souls, then all we can do is to try to make the world a better place. In fact, look around. Isn’t that just what the modernist Christians have left us with? Heretical Christianity has become (to quote Pope Francis) no more than another NGO (non governmental organization)–a group of ideological do gooders, and we don’t have to look far to realize that ideological do gooders eventually end up doing bad.

Other Christological heresies abound. Each one is a misunderstanding of the true nature of our Lord Jesus Christ. Adoptionism teaches that Jesus was human, but he became the Son of God by Adoption. At some point in Jesus life (usually at his baptism) God adopted him as his Son. The early church document The Shepherd of Hermas taught that Jesus was an ordinary man, born of Mary and Joseph; at his baptism the Spirit or Christ descended upon Jesus and at his crucifixion the Christ departed, leaving the man Jesus to suffer alone.

While some Christological heresies denied the full divinity of Jesus Christ others denied his full humanity. Continue Reading. 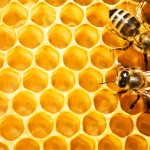 August 2, 2014 To Androgyny and Beyond!
Recent Comments
0 | Leave a Comment
"Catholicism has always defined the ideal but there are no limits on God's mercy and ..."
Guest Tony Palmer: Is There Salvation Outside ..."
"With all due respect, Shaun, are you relegating the actual Faith to whatever the local ..."
PGMGN Notes on Tony Palmer’s Funeral
"There are good parking valets and bad parking valets. There are good housesitters and bad ..."
Elliot Bougis The Case for Conversion to Catholicism
"did you vote for Bush Fr Longenecker? would you have?"
Petey Understanding Iraq
Browse Our Archives
get the latest from
Catholic
Sign up for our newsletter
POPULAR AT PATHEOS Catholic
1