In this article in the UK’s Guardian paper former Catholic Bishop Kieran Conry confirms what I suspected all along: that his understanding of celibacy is simply that the priest promises not to be married.

Conry said celibacy was not about sex but marriage. “When a priest makes a promise of celibacy, he promises to remain unmarried, that’s all. Then the ordinary rules of morality apply,” he said.

Is it possible that a man becomes a bishop so profoundly and willfully misinterprets this basic understanding of the vow of celibacy?

This is why he did not publicly apologize for the sin of fornication or adultery but simply that the vague admission that he was “unfaithful to his vows as a priest.”

Here’s how it works for priests and bishops like Kieran Conry: the vow of celibacy means he doesn’t get married.

Therefore it’s okay to have a long term mistress. Its okay to have a series of sexual relationships and affairs. Indeed, it seems that it is okay to commit adultery. This is why liberal priests and bishops like Kieran Conry go on to abuse women, young men and even children. Anybody is game. You just can’t get married that’s all.

What astounds me is that the liberal Catholic press and the secular press, who would be all over this is the fallen priest were a conservative are giving Conry a pass.

His statements are reported objectively with no disagreement, no sense of censure or correction, no comment or observation about his hypocrisy and blatant disregard for the historic teaching of the church.

Ask any ordinary Catholic what the vow of celibacy means and they will tell you that the celibate person sleeps alone. They don’t have sex with anyone. They do not commit fornication or adultery, and if they do they are supposed to be sorry for it.

Furthermore, where are the statements correcting Kieran Conry from the hierarchy of England and Wales. Are we to assume by their silence that they all agree with Conry’s admission that celibacy means no more than “I promise not to get married”?

Does Conry’s admission mean that the priests in his diocese were given a pass when they had affairs with women (or for that matter) men? Were such relationships not only accepted by encouraged? It would be interesting to hear  more of the inside story.

Furthermore, in the Guardian article Conry says he likes being  a priest and he would happily continue and go wherever he is asked.

I am completely shocked not only at his calm assurance that he will continue as a priest in good standing, but that he doesn’t seem to think there is any problem with this proposal.

Again, do his fellow bishops in England and Wales approve of his statement? Are they all standing there on the sidelines nodding sadly and saying, “Poor old Kieran. Got caught with his trousers down. I wonder if we can find him a nice quiet parish somewhere…”

Let’s be honest, no one is surprised if a priest stumbles and falls. Celibacy is a heavy burden and a very difficult ideal.

But here is a man who not only stumbled and fell, but hasn’t yet publicly owned up to what he has done other than a general, “I did wrong.” Some priests who have stumbled and fallen have had the  courage to leave the priesthood, marry the woman and get a job. Not Kieran. Some have ended the relationship, helped the woman get over it as best as can and gone on with their priesthood chastened and repentant. This doesn’t seem to be Kieran’s response.

Who am I to judge, but while we have compassion and are willing to forgive, while we admit that we too are sinners,  shouldn’t we also ask some of these tough questions?

It seems that a very prominent bishop in the Catholic Church in England and Wales thinks sexual affairs are okay because celibacy just means you can’t get married. Is that what his fellow bishops think? Is that also how they live out their celibacy? Is that what they expect of their priests?

October 7, 2014
Celebrate the Rosary By Building a New Church
Next Post 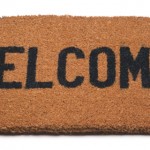 October 8, 2014 All Are Welcome...Really?
Browse Our Archives
Follow Us!

Temptation Story in “Luke”—Jesus VS Satan
Temptation!—Satan faces off against Jesus in a battle often poorly understood by...
view all Catholic blogs
Copyright 2008-2020, Patheos. All rights reserved.