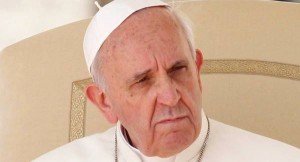 Some Catholics are unhappy with Pope Francis.

Conservatives read his closing speech to the Synod on the Family with relief and gratitude, but after the events of the last two weeks they are diconcerted. disoriented and disturbed.

Damian Thompson observed here that the final result may not have been the earthquake John Thavis spoke of here. But Thompson, like many other church watchers, diagnosed some bigger problems and predicted that there could be trouble ahead. To extend the Richter analogy, many commentators feel that we may not have experienced a major earthquake, but the synod has revealed the uncomfortable truth that the Catholic Church, like Los Angeles, is situated on a major fault line, and like the residents of Tinsel Town, conservative Catholics are nervously awaiting the big one.

Alarmists like the folks at Rorate Caeli predict here a kind of Stalinist purge in the Vatican. Burke has been sent to Malta, little Ratzinger Llovera has been sent back to Spain, and they predict that Muller will be yanked from the Congregation for the Doctrine of the Faith and sent home to Germany. What else I wonder? Visions of Cardinal Pell being handcuffed by Swiss Guards and packed off to the dungeons of the Castel Sant Angelo?

Conservatives are still hopping mad because, despite the fact that the Pope’s final speech was fine and dandy, they have seen what seems to be manipulation of the synod by Pope Francis and his allies. Certain topics were opened for discussion and that, in itself, they find alarming. They are also very uneasy with what they see as long term manipulation by Pope Francis.

Hadley Arkes at The Catholic Thing sums up the feelings of many:

This has been a nervous-making week for the body of the Church. The release of that interim relatio last Monday set off tremors, as it portended changes on the indissoluble character of marriage and a new acceptance, perhaps, of the homosexual life – an acceptance going beyond the care of the Church for any of us sinners in our various, broken states.

But the reactions were swift, precise, severe – and in an unsettling way, public and open. Cardinal Pell of Australia remarked, partly in report, partly in defiance, that “we’re not giving in to the secular agenda. . . .We’re not collapsing in a heap.” Cardinal Wilfred Fox Napier of South Africa responded immediately that the notes put out in the relatio were not authoritative; they reflected the views only of a certain circle of bishops.

Critics of the pope have chronicled what they see as his step by step game plan to bring about the changes he wants concerning the divorced and re-married and homosexuals. They remember Pope Francis telephoning an Argentinian woman who was divorced and remarried telling her to go to communion, they remember his comments on the plane about not judging homosexuals, his comments there expressing a more open attitude to the divorced and remarried, they see his championing of Cardinal Kasper and his views as part of the plan and they are very worried at the apparent manipulation of the synod proceedings by Pope Francis.

To give all this balance, John Allen gives his usual, objective report here.

Now that the dust is beginning to settle on the tumultuous Synod of Bishops on the family, conclusions are up in the air as to what it all meant. Given the clear divisions that ran through the summit, it should be no surprise that after-the-fact interpretations are also all over the map.

For some, the outcome was a defeat for Pope Francis and the more open line they perceive him to represent on issues such as gays and divorce and remarriage. For others, the fact that even watered-down language on those points survived in the synod’s final document represents a watershed, even if, like Cardinal Vincent Nichols of Westminster in the United Kingdom said, they feel it “didn’t go far enough.”

Voices of calm chime in and speak words of peace in the midst of the tremors. “Take a deep breath. This is the way the church works. Since the beginning we have struggled and fought. It is through this kind of conflict that a resolution is found. All we are seeing here is the Holy Spirit at work: Thesis. Antithesis. Synthesis. Out of the chaos comes creation. Trust the Holy Spirit. The wheat and tares grow together. The sheep and goats are in the same flock. it has ever been so. Have faith. God is in charge. Pray more and see things positively!”

That being said, it is also true that there are some larger issues at stake. Continue Reading 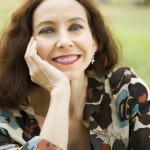 October 21, 2014 New Guest Blogger Flora Harper
Browse Our Archives
get the latest from
Catholic
Sign up for our newsletter
POPULAR AT PATHEOS Catholic
1 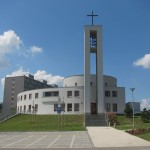