Pagans a Pope and the Fall of Sauron… 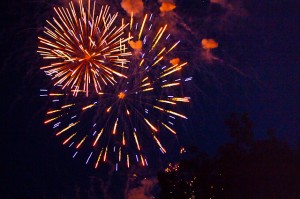 …Or How We Got New Year’s Day Some atheists, Muslims and Christian fundamentalists like to grumble and gibe that the celebration of Christmas and Easter are “pagan.”

They are right and they are wrong. They are right inasmuch as the wellsprings of our Western culture are deep in the pre-Christian cultures of Europe. They are wrong because the early Christians, like the Hebrews before them, saw their religion as a contrast and a corrective to the prevailing pagan culture.

Like cultural iconoclasts shall we seek to purge all vestiges ofpaganism from our modern world? Must we give up our Christmas tree and cast out our Easter eggs? If so, then we must also re-name the days of the week and refuse to honor the pagan deities Tiu (Tuesday) Wotan (Wednesday) Thor (Thursday) Frige (Friday) and Saturn (Saturday) not to mention the worship of the Sun and Moon (Sunday and Monday) Our cultural cleansing must continue, and we must demand that the names of the months of the year be purged of their demonic and absurd pagan associations! Out Janus, the two faced god of January! Begone Mars for March, the goddess Maia for May and Juno to follow. New Years’ Day! The horror! That the beginning of the year should be celebrated at the beginning of January is pagan through and through!

Imaginative conservatism is never iconoclastic. It affirms the past as the foundation for the future. Our Western culture is deeply rooted in the classic civilizations of Greece and Rome, but also in the pre Christian pagan cultures of Europe. The ancient customs have merged, developed and adapted to changing times, but they are not to be scorned simply because they are pagan or because they are from the past.

A good example of how an originally pagan custom has developed into a modern celebration is New Years’ Day. The earliest records of a New Year celebration are from Mesopotamia around 2000 BC. Then about the time of Father Abraham, the new year was heralded not in mid winter, but at the Spring equinox in mid-March. Following these already ancient customs, the first Roman calendar had ten months and also recognized March as the beginning of the year. This is why September, October, November and December have their names: from March they were the seventh, eighth, ninth and tenth months. Read the whole article at Imaginative Conservative. 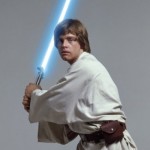 December 30, 2014
The Secret of Star Wars' Success
Next Post 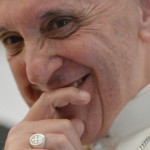