Is There a Split in the Catholic Church?

Is There a Split in the Catholic Church? January 29, 2015 Fr. Dwight Longenecker 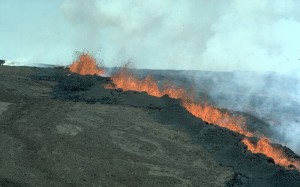 Some time ago a priest friend I’ll call Tony was discussing the problems he was having with some colleagues and parishioners.

Whenever he had an idea or tried to get something going he met resistance.

I listened and finally said, “You know, this problem has nothing to do with any of those things.”

“The real problem is that you are a faithful Catholic. You’re not an extreme traditionalist or anything, but you believe the Catholic faith. You are faithful in your adherence to the teachings of the church as much as you are able. Right?”

“You believe the old, old story of a loving God and a rebellious humanity. You think the church’s main goal is to proclaim the good news of Jesus Christ, to heal the broken hearted and set the prisoners of sin free. You believe in the saving, precious blood of Jesus and the threat of hell and the hope of heaven. Right?”

“Of course” he grinned.

“Well, those other people don’t believe in all that. They think the Christian faith is simply about making the world a better place. They believe no one will go to hell because God is completely merciful. They therefore do not think it is necessary to preach about repentance of sin and salvation of souls. Consequently, their religion is one of social work and political activism. They are passionate about inequality and see people as victims rather than as guilty souls.”

“So the argument is theological?”

“Every argument is theological.”

“No wonder we don’t get along.”

“This divide goes deep within every branch of Christianity today. It doesn’t matter if they are Protestant or Catholic. The divide may not seem broad but it is  deep.”

“It is a bottomless chasm. It is a Great Canyon. It is a pit with a small fissure on top that seems like nothing but which is everything.”

“Nothing I figure. Except to be aware of it. Realize that there are many Catholics who are not really Catholics at all. They are aliens in the church who wear all the right clothes and say all the right things but they follow a Christianity without a cross, sacraments without sacrifice and believe in a truth that has no boundaries so it is not truth at all. The will have heaven without hell and redemption without repentance. I suggest you learn to spot them, treat them with polite good will…”

“As you might an idiot child. Then pray for them and follow the Lord with great energy and joy. You may not have significant work to do with these interlopers. Don’t worry about it. Let them get on with their work and you get on with yours.”

January 30, 2015 Slubgrip is Here!
Browse Our Archives
get the latest from
Catholic
Sign up for our newsletter
POPULAR AT PATHEOS Catholic
1