Only One Force Will Defeat Islam

The French, Germans, Dutch and British are finally waking up to the fact that Islam is a dominant force in their society.

Be prepared for increasing violence against Muslims, the rise of right wing anti-immigrant political movements and outright hatred and resistance to Islam.

It is going to get ugly and when the simmering anti Islamic emotions begin to come to the boil the situation will be ripe for right wing parties to form and for clear minded and articulate leaders to emerge. It will not take much for such leaders to rally the young whites into an organized, disciplined and determined fighting force.

The most frightening aspect to this possibility is that the European backlash against Islam will be harsh, unrelenting and relentless. Do not expect a Christian force to rise against Islam. Christianity in Europe is old and dormant. The rising young force will be brutal, racist and murderous.

It will be the battle of the modern barbarians and just as bloody and ugly as the Romans fighting the Germanic tribes or Genghis Khan invading Europe.

There is only one force that can truly defeat Islam, and that is a full blooded, on fire, dynamic and spirit filled Catholic Church. The missionaries of this age will need to be warriors of grace and champions of the kind of valiant and radiant Christ-life as was displayed by St Maximillian Kolbe, St Isaac Joques, St Francis Xavier and Therese of Lisieux.

The force of the resurrected Lord is the only force that can overcome the kind of hate we will soon see unleashed in Europe, and it must rise to defeat both jihadist Islam and jihadist Europeans.

My own opinion is that this light will come from developed world. The youth, vigor, simplicity and power of the African, Asian and Latin American church is the light that might shine in Europe and it is that light that we in the West must now try to see and understand for it may be the light that saves us too. 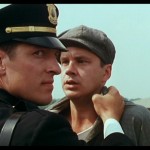 January 7, 2015
The Depth of Despair and The Fountain of Hope
Next Post 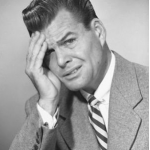 January 7, 2015 I'm Not Sure About Agnosticism...
Browse Our Archives
Related posts from Fr. Dwight Longenecker