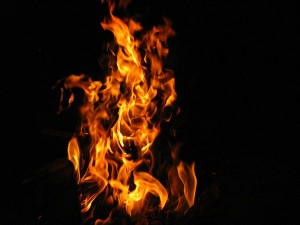 I was talking with a man I’ll call Henry today who lost his wife just before Christmas.

She was only in her early sixties and had premature dementia. It was a terrible disease. Horrible to see an intelligent, active, prayerful woman laid low, and terrible to see the suffering of her husband and family as they watched her decline.

Henry was brought up a Southern Baptist and converted a few years ago, finally following his wife and children into the Catholic Church.

I said “Henry, you know one of the reasons I love the Catholic Church is that we are the only ones who have a fully thought out theology of suffering.”

“What do you mean Father?”

“Well, when the going gets bad we pray with Jesus, ‘Lord let this cup pass from me, but even so not my will, but yours be done.’ Then if he does not take the cup of suffering from us, then with Jesus we man up and we head out to take the medicine.”

“He doesn’t cause the suffering.”

“No, but he sees it coming and he’s always in the business of salvaging something and creating something good out of junk.”

“There’s got to be some sense to it all.”

“Well, that’s the thing. I don’t think there is sense to it all. It’s absurd. That’s why it hurts so much. We don’t mind so much if an evil person suffers, but it is when good people suffer that we see that this is why it’s evil–because it doesn’t make sense. But God is there making it make sense.”

“In what way Father?”

“Well, my sister died at Easter. She was also a smart, accomplished, beautiful woman. But she had a hideous cancer that carried her away and I believe that somehow or other that suffering she went through on earth was used for her purification. You see, each one of us are called to be everlasting sons and daughters of God. We are called to grow up into the full humanity of Jesus Christ, but to do that we’ve got to suffer a bit–just in the same way that an Olympic athlete has to suffer or an Everest climber has to suffer. It’s part of the deal.

So he uses this absurd and meaningless suffering to allow us to attain the promises that he has made for us. It’s all there in the Bible. Paul says he “dies daily” and Jesus says “You must take up your cross and follow me.”

“Not one of them escaped it.”

“I guess there’s no getting around it.”

“And that’s why I can’t stand these TV preachers Father. They’re selling people a bill of goods. They’re doing nothing but preaching lies. They’re giving people candy that rots their teeth.”

“I cannot disagree with you.”

This is the fire that purifies. We’re not supposed to go looking for it I don’t suppose, except in mortifications and fasting from time to time. I think it will come to all of us sooner or later, and when it does let’s pray first to be delivered and pray second to have the strength and pray third that it might be our own little identification with the cross of Christ. 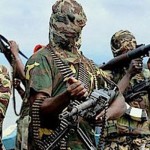 Catholic Development of Doctrine: A Defense: Part III
vs. Jason Engwer (Emphasis on the Canon of the Bible & Church...
view all Catholic blogs
Copyright 2008-2020, Patheos. All rights reserved.