Converting to Catholicism: It Ain’t Easy 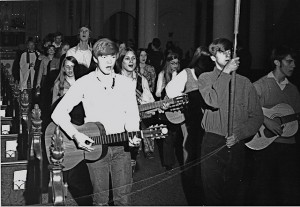 When pious Protestants want to become Catholics they expect it to be difficult.

Unfortunately it is difficult for all the wrong reasons. We wouldn’t mind if the bar was set high and the values were strict. We want our religion to test us.

After all, Jesus said we must take up our cross.

What is difficult about converting to the American form of Catholicism is not that it is strenuous but that it is not strenuous.

This convert from Lutheranism tells her story here

My trek to Rome began in earnest the day I read in  Lutheran Forum Pastor Leonard Klein’s condemnation of the Evangelical Lutheran Church in America’s practice of funding abortions: “Real churches do not kill babies.” Prior to this point, I had never seriously considered becoming Roman Catholic. After all, I was a fourth-generation Lutheran pastor—happy to be a pastor and steeped in the traditions, theology, and ethos of Lutheranism.

Yet, as I read Klein’s editorial, I was like a person coming to terms with the terminal illness of a loved one: I saw that my church body had fallen captive to “the culture of death” and that I had no choice but to leave. I had for some time ceased to view Lutheranism as a necessary “corrective” to Catholicism and, for years, had viewed the Roman Catholic Magisterium, and especially this Pope, as the keeper of the faith for all of Christendom. Therefore, for me, the only true option was to become Roman Catholic.

But when she headed off to the local Catholic church she found bland worship, bored parishioners a goofy homily, a stark auditorium of a building and music that was awful.

The sanctuary of St. Mary’s is devoid of statues, and the pews are arranged in a semi-circle. We chose to sit in the side pews, and I soon discovered the problem with this configuration: I spent most of Mass staring at the parishioners across from me—observing their dress, their mannerisms, their parenting skills. This became an especially great temptation during the homily, which lasted twenty minutes and was delivered without manuscript or notes. My father, who for part of his career taught homiletics, warned me: “If you are going to preach without a manuscript, you actually have to be much better prepared.” Many priests don’t seem to know that rule.

I might have put up with the preaching, but the music was another matter altogether. This parish had well over a thousand members, so I could not understand why it did not have a choir. Instead, we were led in song by a large, well-dressed, perfectly coifed woman who stood at the lectern and sang with great emotion off-key into a microphone. The alternative to the song leader was the intensely earnest folk group with their three guitar chords. My first call as a pastor had been to a small rural parish with an average attendance of ninety and a choir of five. It boggled my mind to think the music and singing in that parish was superior to what I was now experiencing.

I know, I know. We can say  this woman shouldn’t be such a snob. Didn’t she know that Lutherans and Anglicans were high end? They’re sophisticated and have the cash. They are educated and they know and like Bach and Palestrina and beautiful organ music and choirs and bells and smells and all that fancy stuff.

But you see her point too. Does it have to be so ignorant, so awful, so banal and also so resistant to any attempt to improve things? This is like a person clinging to his black velvet painting of Elvis hugging Jesus because it’s a symbol of his being an ordinary guy. The woman who wrote the article might be a snob, but clinging to awful music, banal homilies and bad buildings on purpose is a kind of reverse snobbery.

When we became Catholics in England I’ll never forget the visit of our new parish priest. He actually came to our home, but as he walked through the door he spotted a sculpture of an angel that had been carved by my artist sister in law. He pointed to the object and his opening words (growled in a North country working class accent) as he crossed our threshold were “I hate crap like that.”

“Thanks for your gracious good manners Father. Thanks for putting us down with your twisted reverse snobbery. Thanks for exalting all that is mean, ignorant, sentimental and low about common Catholicism.”

I’ve often said, “I didn’t become a Catholic because I liked it. If I wanted a church I liked I’d still be an Anglican.”

However, in our darker moments some of us converts do sometimes wonder if we really have to dislike the Catholic Church quite so much. 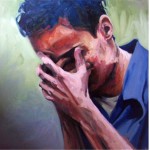 February 11, 2015
Twelve Things to Remember If You Keep Falling into the Same Sin
Next Post

February 13, 2015 Pope Francis: Reformer or Renewer?
Browse Our Archives
get the latest from
Catholic
Sign up for our newsletter
POPULAR AT PATHEOS Catholic
1